A right royal tug of war

Royal Visit is a regal reimagining of Reiner Knizia’s 2006 two player tug-of-war game Times Square. Displacing the action from the bars of Midtown Manhattan to a vaguely medieval and undeniably pretty duo of duchies, the game tasks players with enticing the king and his court across the valley to their chateau, securing both social and sovereign approval.

The petty pair of bickering neighbours are represented by the rivalling figures of a wizard and a jester. Players will be using cards to advance these characters, plus the king along the central board, winning the game immediately upon his arrival.

The board here is, in fact, a fantastically illustrated stretch of cloth comprised of seventeen spaces. At the start of the game, the king and his pair of guards, plus the wizard and jester, will be arranged in the central spaces, with the centre of a parallel track holding the important crown token - another component capable of awarding instant victory if advanced enough.

Turns will bounce back and forth, with the opposing duchies playing cards before drawing back up to their hand of eight.

Cards come in four suits; Guards, Jester, Wizard, and king, with each displaying a number of movements that figure can make. Multiples of the same suit can be played in a single turn for big, swingy bursts of movement, or held back strategically for future turns. Generally speaking, the jester is the ‘quickest’ of the bunch, with movement values ranging up to five, whilst the king is limited to moves of a single space and must remain between his two guards. Importantly though, each player can move any of the game’s figures and use the special powers of both the wizard and the jester. The wizard can transport any figure except the jester immediately to his space, whilst the jester can use jester cards as wilds, luring any figures toward him.

At the end of each turn, the crown token will advance one space for each figure present in that player’s chateau plus another if the entirety of the king’s court lies on their side of the valley. Much like the king, victory is instant if the crown reaches a chateau. A third win condition also arises when the deck is exhausted a second time, dependant on what duchy the king is currently in.

Despite its abstractness, Royal Visit conjures a genuine feeling tug-of-war which fits the theme well. The overall graphic design and general production quality is outstanding, with the muted colours of the cards and board being suitably evocative, and the chunky wooden figures feeling great in the hand.

As for the gameplay, there are some elements of luck; a bad hand of cards will hinder your chances. But largely, this is a battle of minds, and clever plays and strategic withholding will pay off. First play-throughs can be a little clumsy due to the various movement particularities but the rules shortly become second nature, with plays becoming intensely competitive tactical standoffs. The game would have benefitted from some clearer examples in the rulebook, and perhaps some player aids, but overall this is another clean, clever, and rewarding Knizia design.

This cheap and quick-playing two player tug-of-war is an ideal choice for lovers of clever card games, with the added visual bonus of the wonderfully produced board and figures.

TRY THIS IF YOU LIKED: LOST CITIES 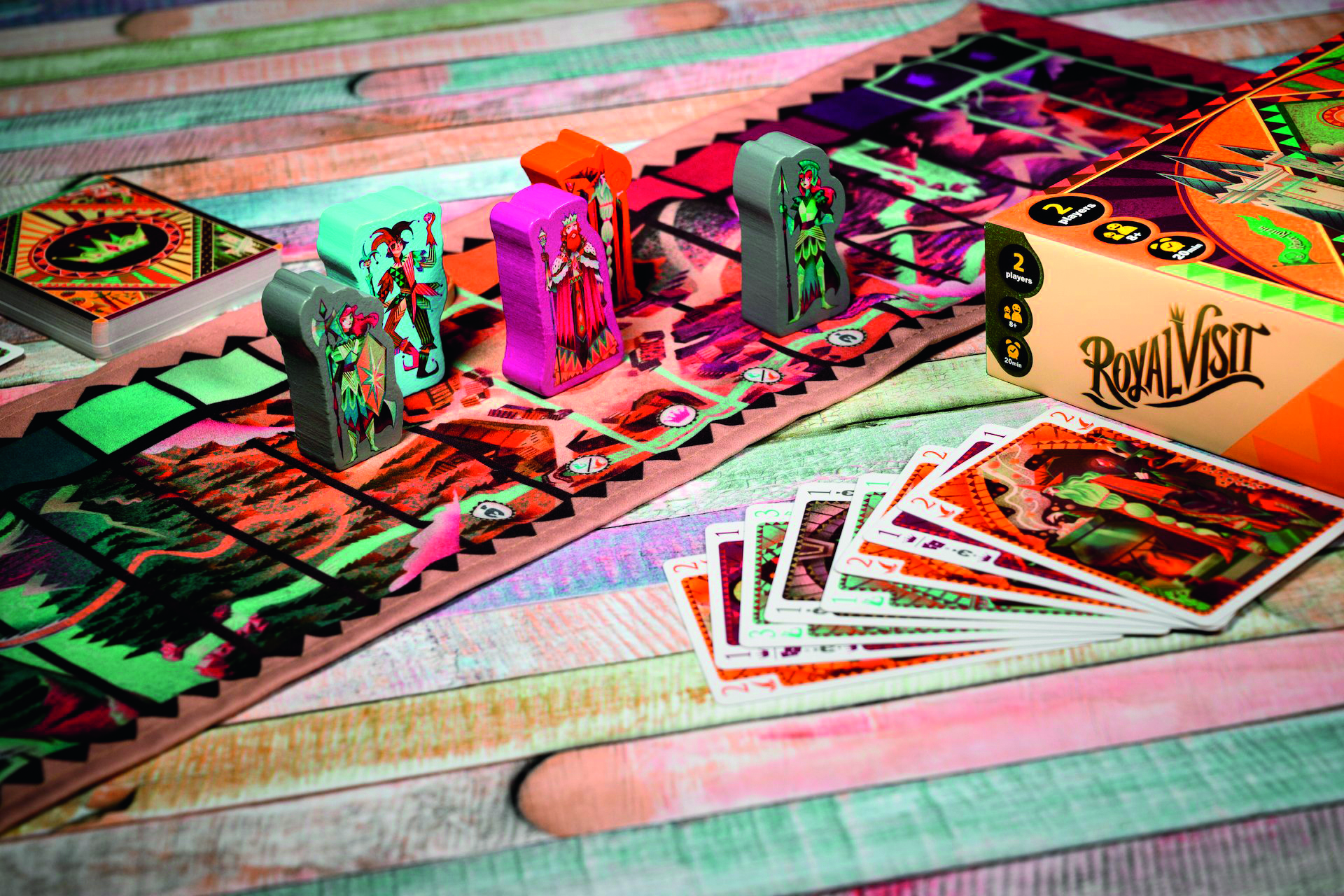