Resident Evil 3: The Board Game Review 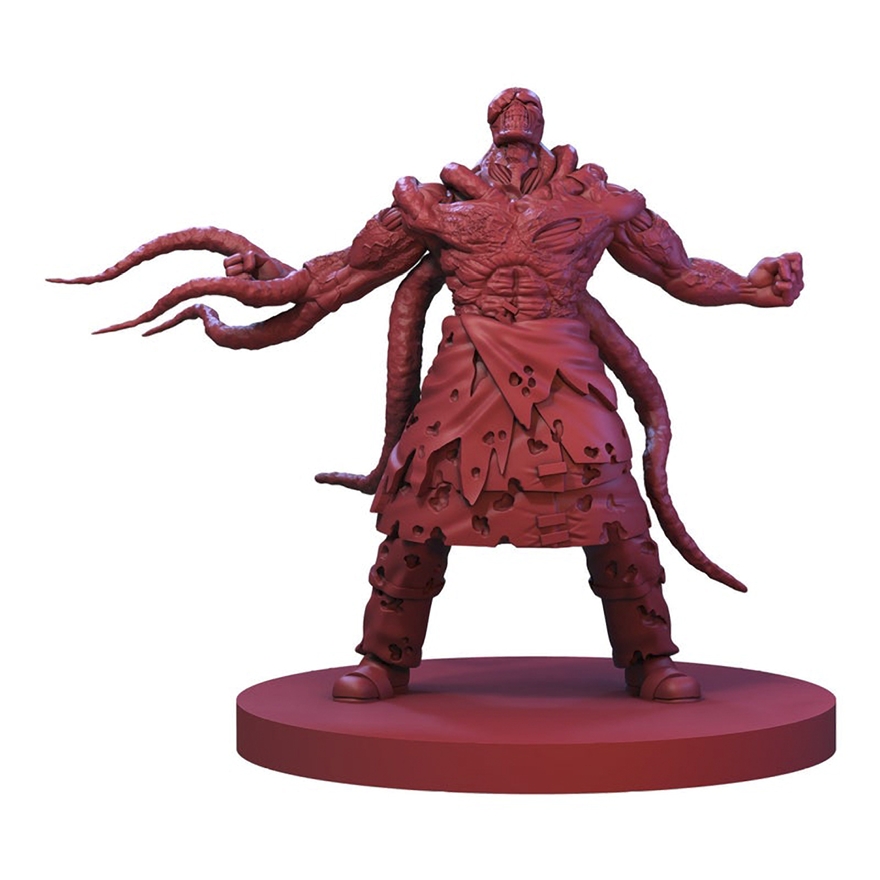 Resident Evil 3: The Board Game is the next instalment of the Steamforged cooperative survival horror game series that also closely follows the events of its video game namesake, released in 1999. The game inherits both the core mechanics of the previous board game installations and the video game’s story. Characters like Jill Valentine, Carlos Oliveira and their main adversary, Nemesis, appear heavily in the game, which takes place in the streets and sewers of Racoon City, ending in that Clock Tower (we will say no more!).

While the game has all the main staples of the typical dungeon crawler – modular board, dice-based combat, item management – from the first turn it immediately feels Resident Evil. The tiles are dark and dingy, with zombies lurking round every corner. Spaces feel claustrophobic and unnerving. Entering a new tile can lead to all sorts of unexpected and unpleasant consequences. At no point in the game do you ever feel safe or in control. If you managed to turn a horrific situation into just about manageable, you planned your actions well. The game uses a tension deck, a series of cards that can add more zombies or other unpleasantness, to keep players always on their toes, preparing for the worst. The main game consists of a series of scenarios, each with their own unique set up and objective, that give an open world feel but will all lead to one concluding showdown.

In Resident Evil 3: Then Board Game, you can’t shoot your way to victory (with exception of boss battles). The ammunition is limited, and every shot can, and usually will, attract even more zombies. So instead, players will be escaping zombies or manipulating the environment to lock them out of rooms or even luring a group of them next to an exploding barrel. This makes for more interesting and strategic gameplay than simply rolling your dice and hoping for a hit result. Especially, as the probability of the latter is pitiful with the starting handgun and gets only slightly better with weapons found later in the game. This can bring some frustration to the play and somewhat breaks the immersion when Jill Valentine, a former Special Tactics and Rescue Service (S.T.A.R.S.) member, fires three shots and manages to miss one slow-moving zombie… several times in a row. 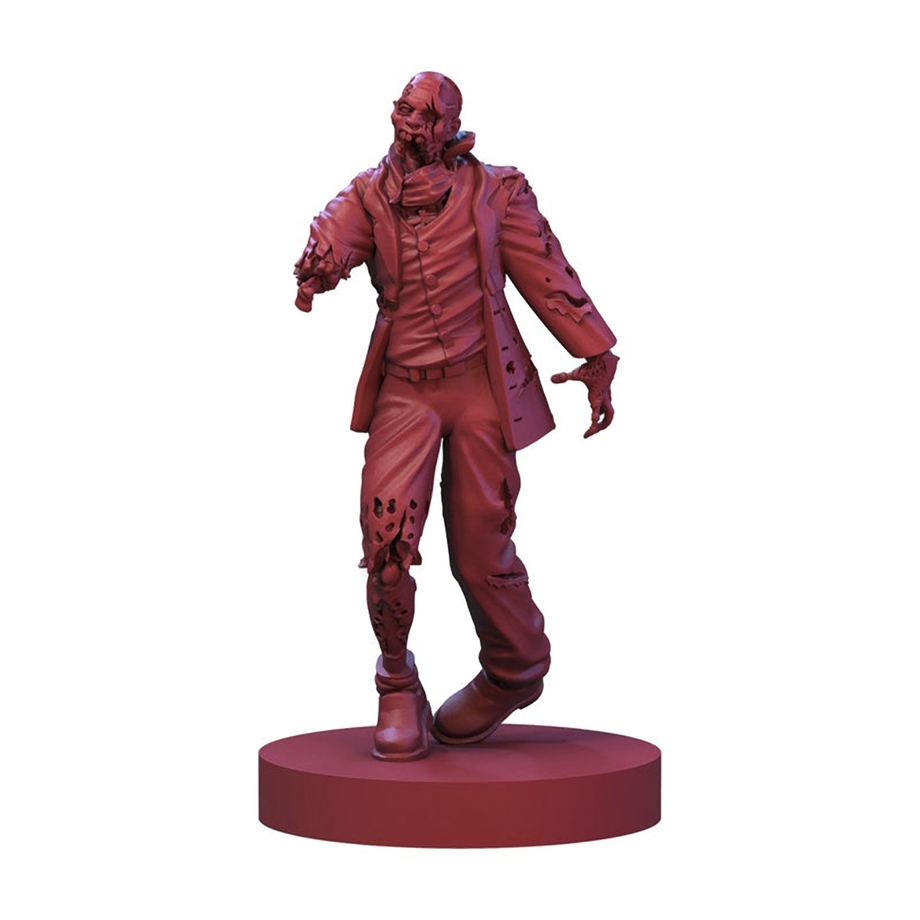 However, the most frustrating part of the game is its looks. While the clear references to the game’s aesthetics and art are understandable choices, when you must bring a token up to your nose and then squint to see if it is a door or an archway, there is a problem. For a hefty price tag, the game seems to be missing a lot of necessary polish. One of the key elements in the game is a board made of paper. The iconography on the weapon cards does not distinguish between symbols for weapon characteristics and dice outcomes. Some item tokens blend in with the art of the tiles, making it hard to see or remember they are there. Even the Nemesis mini is somewhat underwhelming: a huge intimidating figure that should tower over the main characters, is barely any bigger.

Perhaps, the fans of the Resident Evil franchise can overlook it. Afterall, the game got so much right: the atmosphere, the gameplay tension, the re-imagining of the story and even some of the key art. Yet, if the series aims to attract new audiences and create more fans, it still has some work to do in making the gameplay and components stand on their own laurels, rather than relying on the pull of the IP.

A game for the fans, Resident Evil 3: The Board Game captures the feeling of its video game counterpart but falls short on the polish.

TRY THIS IF YOU LIKED RESIDENT EVIL 2: THE BOARD GAME

An improvement on its predecessor, Resident Evil 3: The Board Games continues to explore the story of the video game franchise in the tabletop format. 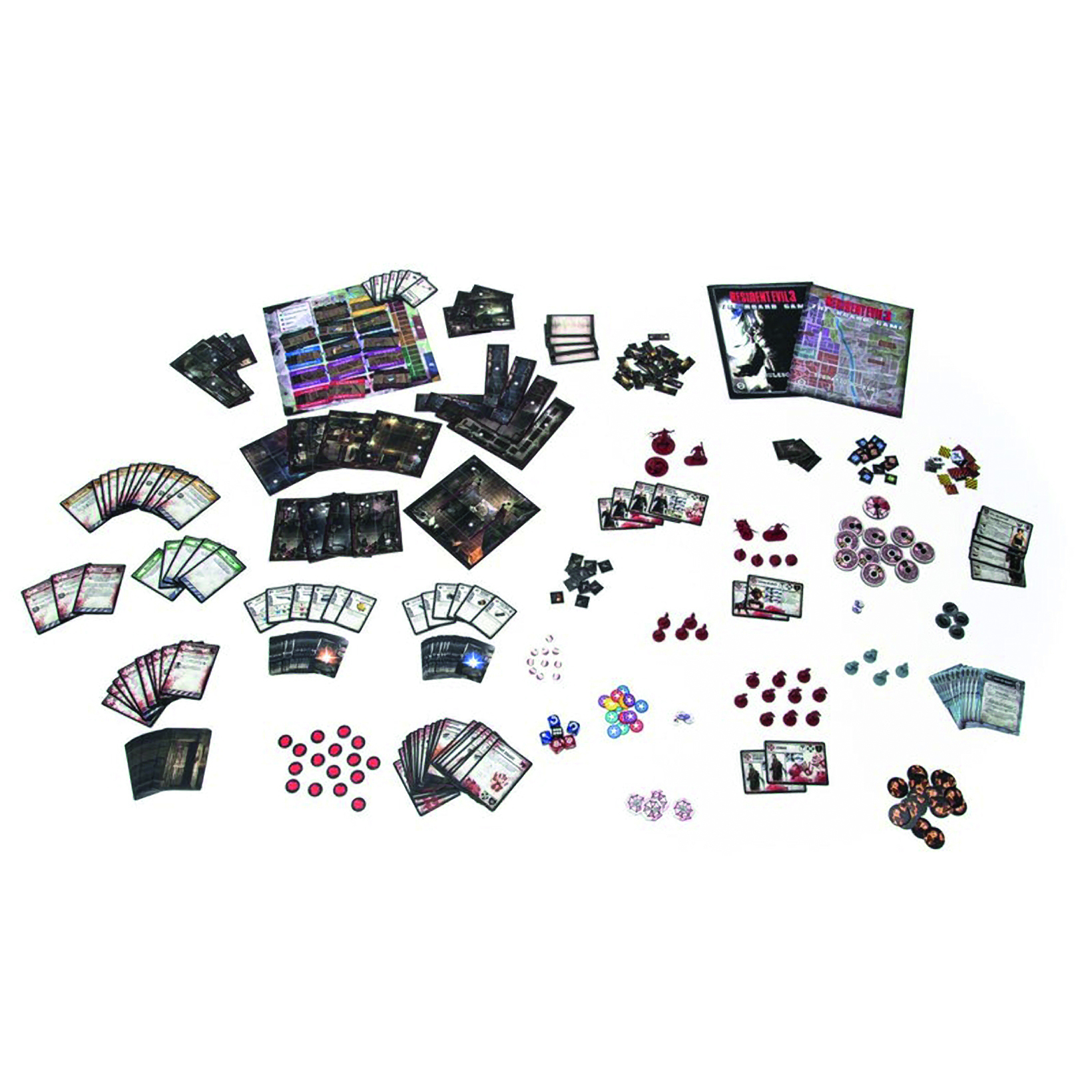 Read more Resident Evil with our previous reviews! You can check out Resident Evil 2, the Retro Pack Expansion, and City of Ruin.