A trip down memory lane

For many of us, world events mean it’s been a while since we’ve had the opportunity to explore a new city. Reminiscing about past adventures has replaced embarking on new ones. So, while your passport lies neglected in a drawer, why not spend an evening recalling a journey to Japan’s temple-packed former capital Kyoto or a sojourn in the slick city-state of Singapore?

In Remember Our Trip, you and your fellow players/travel companions try to recall the details of a city break, piecing together the sights and scenery from memory. A round begins with the revelation of a memory card, which shows the pattern in which players can build on their image board using the image tokens they draw. As the rounds progress, image tokens accumulate on your image board, and once placed in the correct shape, you will “remember” a building from the city that mirrors that shape. This can then be placed onto the common map board, reconstructing a landmark of Kyoto or Singapore from your shared memories.

Points are scored for each landmark, hotel, restaurant, shop or park you recollect and recreate on the common map board. Although on the surface, Remember Our Trip appears to be a tranquil puzzle strategy game, each image token your opponent places threatens to block your own move, making for an unexpectedly enjoyable level of tension.

Much like taking a trip to a new city in real life, navigating the game can be tricky at first, if only because of the sheer number of boards and pieces involved (216 in total). Like traversing unfamiliar city streets, it helps if one of you has an idea of which way to go (or decent map reading skills) to avoid wandering aimlessly. For that reason, the first play through can feel a little clunky for what is ultimately quite a simple game. But just as you can soon feel at home in a new city after a few hours of exploring, so too you can rattle through the 12 rounds of the game swiftly once you understand how to piece together your puzzle. After just a single play through, you quickly grasp that there is much more strategy involved in this game than first meets the eye – prioritising which landmarks you create on your board depending on their points value and positioning is the key to victory. 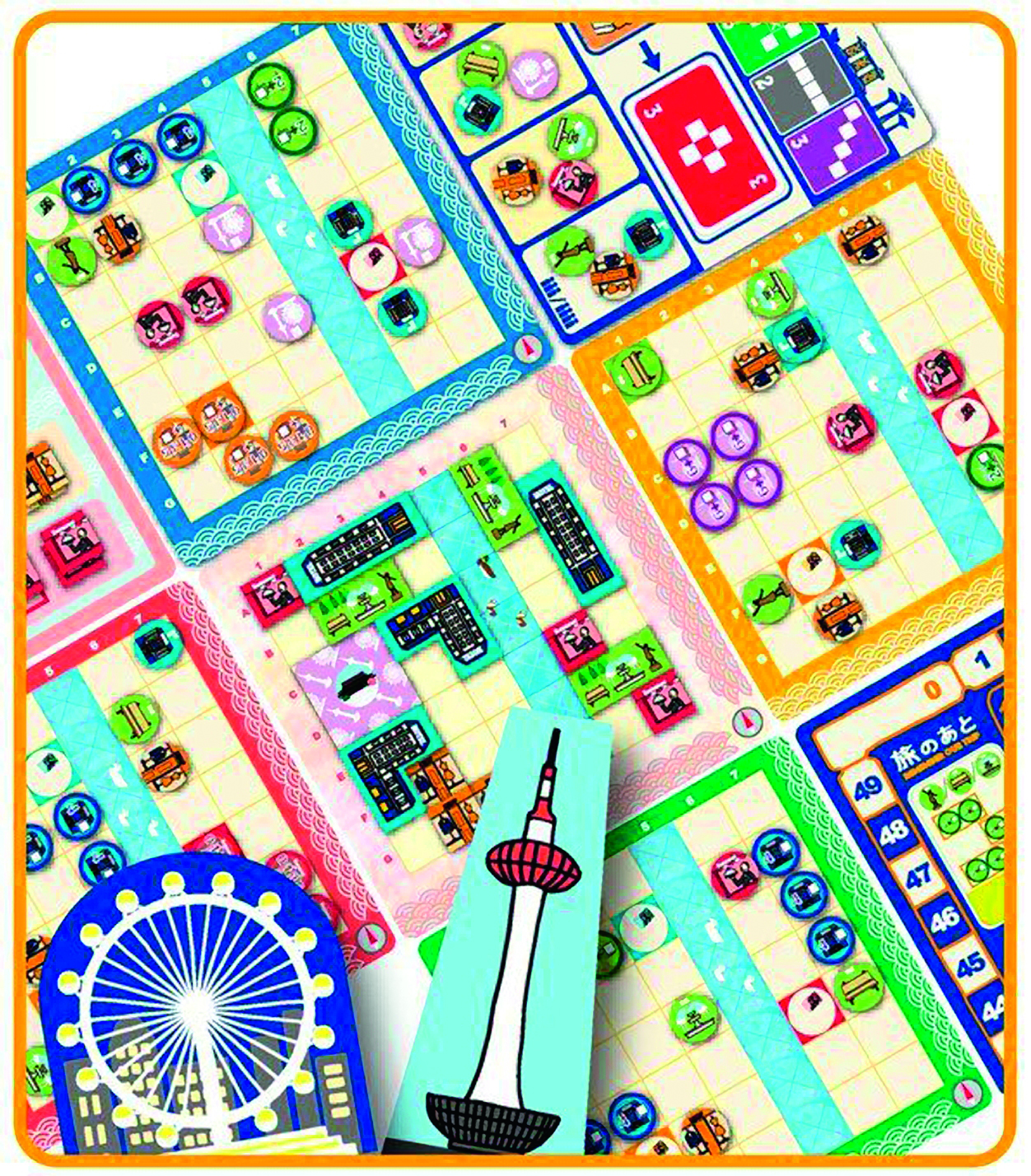 Taking 30 minutes or less to complete the game’s 12 rounds, you could happily enjoy multiple playthroughs over the course of an evening, simply turning over the boards to switch between Kyoto and Singapore. The option of two cities to recall makes the game pleasing to replay, with modifier strips (which shrink the playing area of the boards) and advanced objective cards available to make the game more challenging when you think you have mastered it.

Although the game does feature some recognisable landmarks, Remember Our Trip could do more to evoke the look and feel of these two iconic cities. While the artwork is pretty, the majority of the image tokens are generic restaurant, shop or hotel tiles with no specific connection to either Kyoto or Singapore – so apart from five sightseeing location tiles, you could be remembering a trip to any anonymous city. Although, maybe it’s expecting a little too much to want the game to capture that just-back-from-an-adventure feeling that we’ve all been missing. Perhaps this also offers the opportunity for expansion packs to incorporate other landmarks, or for additional boards which allow you to imagine having visited a few different cities. With no flights to book or plans to make, it’s always pleasant to reminisce about past trips, even if they are fictional.

Spend an evening imagining you’ve just ticked two new cities off your bucket list and disagreeing about which street your hotel was on. Easygoing escapism for the stuck-at-home traveller with a satisfying amount of competition, just like fighting over who gets the window seat.

TRY THIS IF YOU LIKED PARKS

If you enjoyed exploring America’s National Parks through beautiful artwork but want to travel to an urban environment instead, then you came to the right place.