The sound of the polis

Journey back to the 5th century BCE: a time of mighty warriors, wealthy traders and cunning rulers scheming to expand their empires. The ancient Greek world is split between two rival city states: refined Athens and warlike Sparta, both vying for economic, cultural and military supremacy.

It sounds like the premise for a swords-and-sandals cinematic epic, but Polis, a reworking of the 2012 game Polis: Fight for the Hegemony, is a thoughtful and absorbing two-player game that casts you and your opponent at the rulers of two great powers, only one of which can seize control of the Hellenic realms. 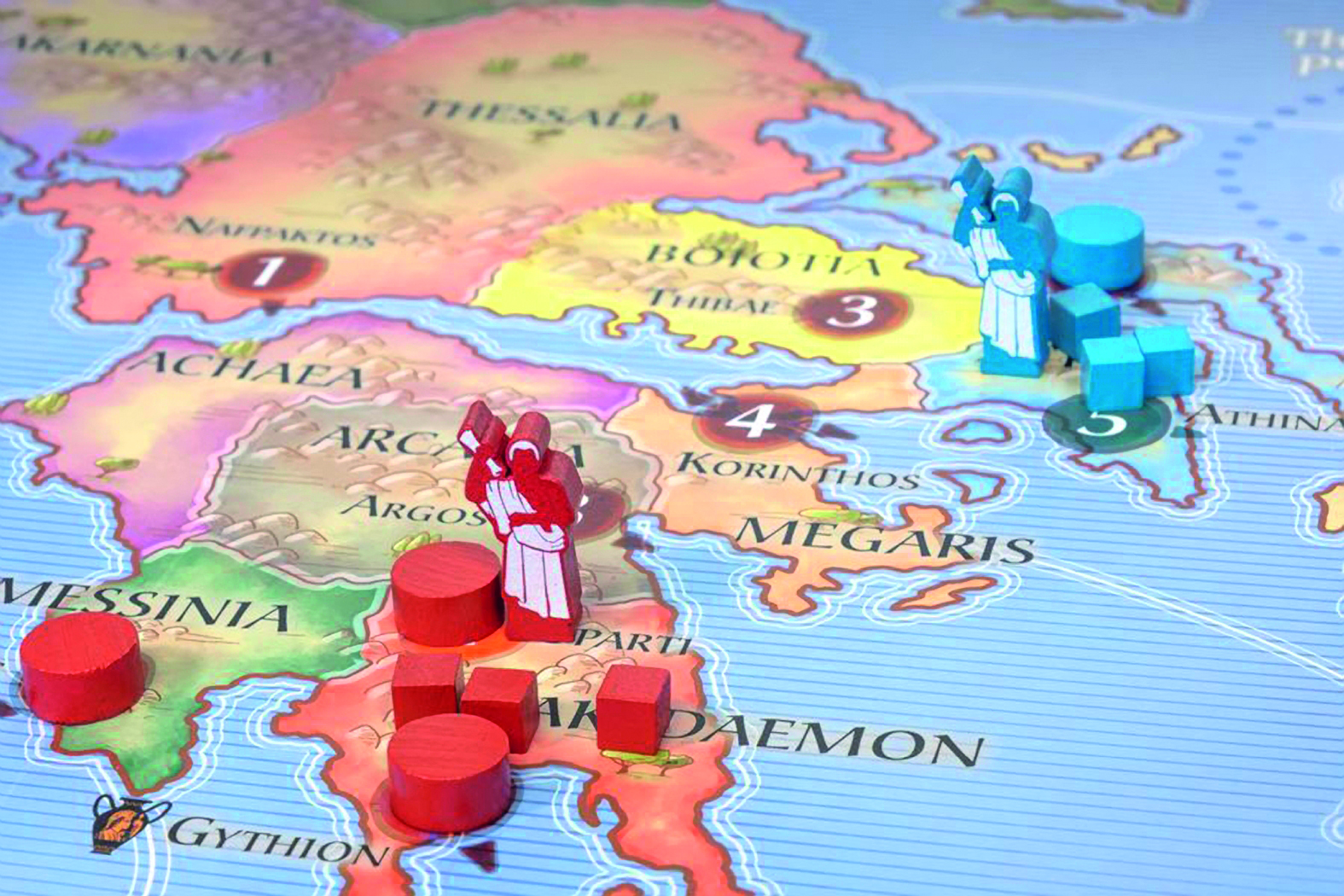 In theory, it’s a wargame. It certainly looks like one, with plenty of cubes to shove around a map divided into land and sea regions. But while the clash between Athens and Sparta is at the heart of the game, actual combat sometimes feels almost like an afterthought. Rather than rushing into a decisive and bloody battle with your enemy, you’ll aim to consolidate your power and grow your influence among weaker neighbouring states, drawing them into your sphere of influence, harvesting their resources and absorbing their populations into your swelling empire.

You can pull it off in a number of ways. Overthrowing cities is a blunt but effective approach, but it means recruiting armies, dispatching them to nearby territories and committing them to a siege that could last years. Alternatively, you can insert agents to sow instability among your neighbours, leaving them ripe for you to sweep in and take over.

You’ll also have to pay close attention to your economy, using the regions under your command to produce a variety of goods and trading them to secure enough wheat to feed your people – a task that only gets harder as your borders expand.

If films like Troy and 300 have taught us anything, it’s that ancient Greece was full of oiled men with chiselled abs swinging swords and grunting. But Polis feels more like a kind of classical management sim than a military contest. It realises that in order to be a military powerhouse, you first need to be a functioning state. First you need to be able to put food on your citizens’ tables. 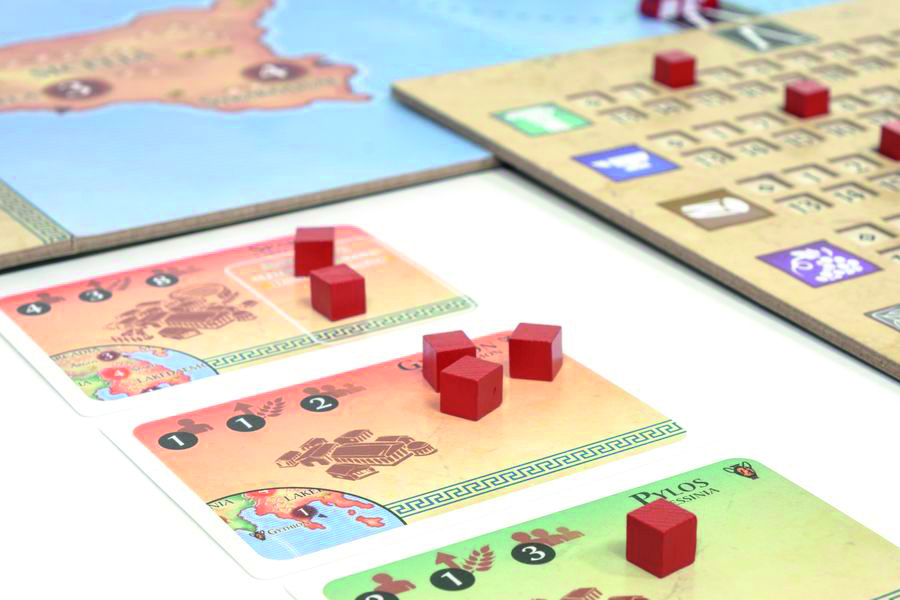 One consequence is that it feels very top-down, and often quite abstract. But while its logistics and economics might not seem as sexy as the clash of swords on shields, it offers a deep, complex set of problems for players to chew on – chains of decisions about which regions to grab, which resources to produce and how best to use them to your advantage. And impressively for a two-player game, it manages to create a sense of power-broking and politics.

In a lot of ways, Polis is a bridge between wargames and Eurogames, although it’s likely to appeal more to fans of the former than the latter. If you’re looking for a way to while away a locked-down evening with a partner who’s into complex historical games, it’s a tempting option.

Like the classic Cold War game, Polis is all about building a network of client states and asserting your dominance over a bitter rival. 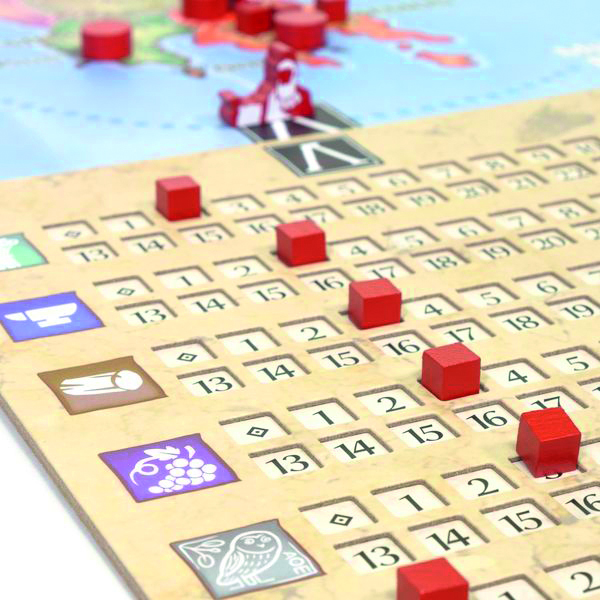