A group of heroes descend into the dungeons, while battling waves of deadly monsters to stop the threat to the rest of the humanity (no, this is not Shadows of Brimstone). Every new level gets harder, and the mysterious Cult of Change are summoning a long-dormant demon that you will need to face at the end of your dungeon run (nope, this is not Planet Apocalypse either). The choices your characters make and how well they perform on each level will have an effect on the rest of the story of this scenario-based campaign (sorry, not Gloomhaven). The miniature-based combat on a gridded map (not Descent) is the heart of the gameplay, where players get to performed actions by using a rondel. Ah, well now we have something interesting! 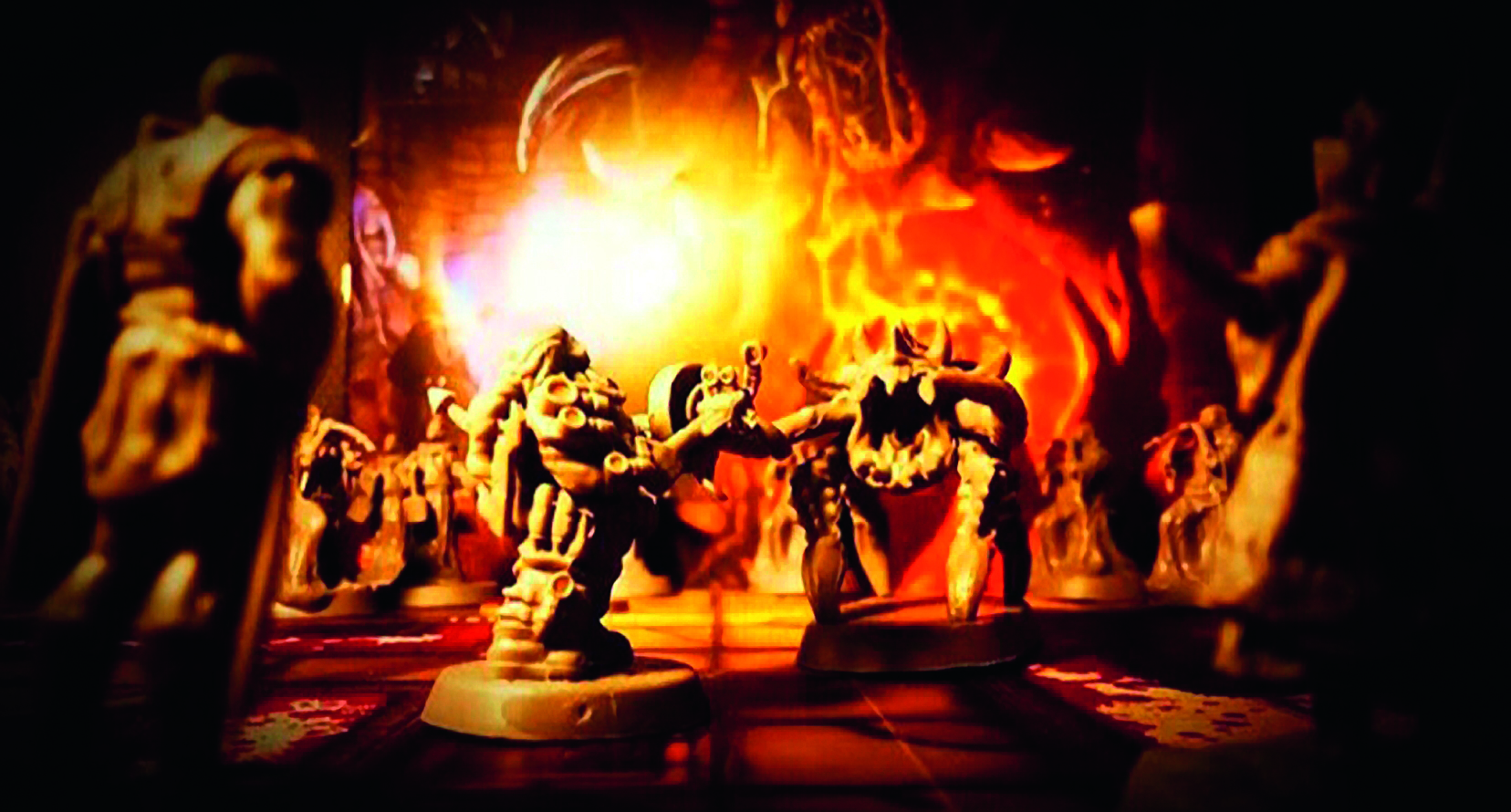 Perdition’s Mouth: Abyssal Rift, as you can tell from the not-so-subtle hints earlier, is a lot like other dungeon crawlers, miniature heavy campaign games. It does a perfectly acceptable job of filling dungeon crawler bingo card with its doom and gloom setting, array of enemy types, ranging from generic acolytes to weird insect-like creatures, and heroes that tick boxes of your standard fantasy archetypes. Even its artwork looks fairly-average: it has some interesting characters designs slightly let down by the muddied (and blood stained) colour palette. Getting through the rulebook will also be a challenge in itself! Perdition’s Mouth: Abyssal Rift would have been an instantly forgettable game if not for one element: the action rondel.

Actually, there are two rondels. The smaller, simpler rondel is part of the enemy AI. Each turn players flip a card that determines how many spaces an enemy marker moves along the rondel and consequently how many actions they will take. With a lucky draw, it will be just one, but get unlucky and it could be five actions. The rondel allows players a level of pre-planning for enemy actions, while still maintaining an element of chaos, which fits perfectly with the dungeon scenario meant to be unpredictable and hazardous.

A larger rondel, with several spoke action spaces, is for the players, and it makes teamwork a dreamwork… or otherwise. Each spoke on a rondel has only a certain number of spaces, and if all are occupied, that action cannot be used. To move along the rondel, players will need to spend their action points, so it could be quite costly to perform a desired move further along the rondel. Players can enhance each action by playing additional cards from their hand. Each character has their own unique deck and their abilities and moves that actually feel unique and specific to their character for the most part (even if some cards contain scary amounts of text as the result).

The rondel requires players coordinating their actions every turn, so they don’t block each other off from the most efficient or useful turns. Of course, not every turn will be perfect, and mistakes will happen, causing a player to do basically nothing on their turn, but they can only fault themselves for the poor coordination.

Unlike many other dungeon crawlers where players relentlessly roll dice for everything, having a rondel as an action mechanism feels like a breath of fresh air. However, this is just one element of the large, expensive and time-consuming game that otherwise feels quite generic. This maybe be enough for some fans of the dungeon crawler, but it will unlikely have staying power, especially compared to some recent releases in the same genre.

Perdition’s Mouth: Abyssal Rift has the multitude of mission set-ups, the minis, the monsters, the end of the world theme and a campaign – all dungeon crawler tick boxes have been filled. It also has something unexpected: an action rondel. Yet, the rondel its own may not be enough to make Perdition’s Mouth: Abyssal Rift standout among similar games.

TRY THIS IF YOU LIKED SHADOWS OF BRIMSTONE

If saving the locals of Brimstone was a challenge to your liking, then exchange your revolver for a sword and bow, and descend into the dungeons of Perdition’s Mouth: Abyssal Rift where there will be monsters and world-ending dangers galore. 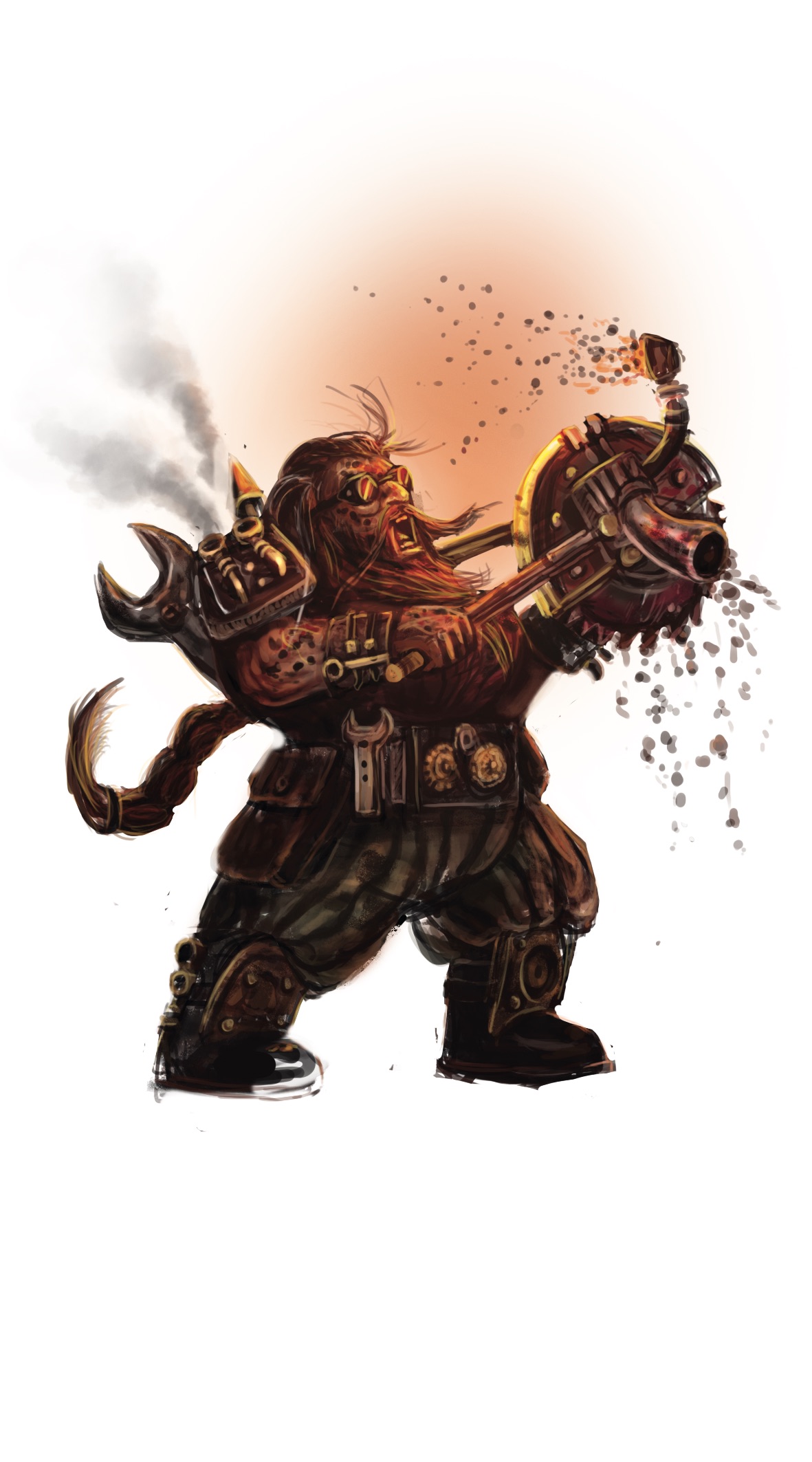