Oltréé might be one of the prettiest games we’ve ever played. Lush and deep colour abounds. Stained-glass shades flow through the design. The huge knight-on-a-horse meeples have drawn many ‘oh, these are very nice’ comments across the various tables I’ve strewn it across.

The crusade, of whatever sort it might be, is over and your group of rangers are returning to their home castle to find it in near ruin. Around it, the various villages are beset by incidents (a type of card), and problems (another type of card) and beyond the reach of their realm there are events that they are simply not able to effect from here. And then, it is from here that the story begins

Based on a roleplaying game of the same name by John Grümph, Antoine Bauza has brought a gaming-family weight resources and narrative game to our tables in incredible style. The roleplaying game focuses on collaborative storytelling (see issue 59 for a full investigation of this), whereas here we have something closer to the narrative chaos and opportunism of Escape The Dark Castle or even, at times, Oath.

Players take their ranger characters and take two actions a turn, which includes moving to or from the central castle areas to one of the eight surrounding village areas. Each of these villages will have a stack of problems (of two decks shuffles at the start to give the game a little different flavour every time you play), and an action to take (like gain a resource, build a turret and so on). Within the castle you can build buildings to improve your dice pool for completing tasks.

And these tasks vary, from the fighting off of monsters or bandit, to, sometimes, just looking up something in the library. Another player reads the situation, and the active player rolls their pool equal to the number of matching symbols on their player boards and in the castle. Any successes are a success, but some cards offer a little more for additional successes on the roll, which is where an interesting choice comes in – some dice faces offer the choice of losing a health point to gain another success. As there’s no communication allowed at this point, the choice can be tricky – but it gives players a kind of agency that dodged a lot of ‘alpha gamer’ problems.

The game is motored along by the narrative dice, which draws more cards into the incident areas, adds problems or world events – ongoing or otherwise. When you hit the story block you always stop and turn the card, meaning there’s always something happing. 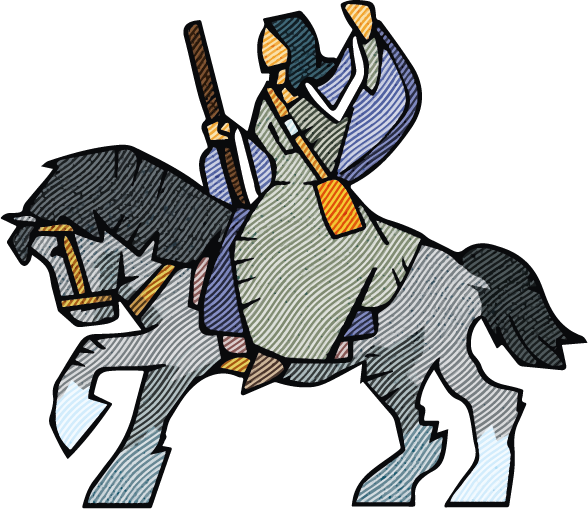 It’s a bit magic to start a scenario and wonder what you’re actually meant to be doing here. There’s a feeling of discovery, like a detective game, in the way you start thinking about hints that the story cards have given you about what the game is going to throw at you next. Twists and turn abound, but not without a hint, or a nod from elsewhere in the text. This might be the most attention that anyone will ever turn to the ‘story cards’ of a game that doesn’t have solving a murder in it somewhere.

The only downside, should you wish to see one, is that while the replayability of the game is helped by the variability of set up (the different flavoured decks you can use to make the events/problems) you’re not going to be surprised by the story twice. Although you may be surprised that you had a tough time on the second run through.

This barely matters of course, because the core resource-management Eurogame that sits hidden amongst the knights and dice rolling is robust and simple fun. Should you decide to see the game as only this, then you’ve got a great co-op game for years to come.

Playing out like a pseudo-tower defence, with narrative elements and a core resource management loop, Oltréé has a little of everything you want from a gaming-family weight game in a beautiful package.

TRY THIS IF YOU LIKED Lost Ruins of Arnak…

While Arnak is much more of a narrativeless Eurogame, the spirit of a beautiful game that gives players a little bit of everything can be found here.