Mysterium is the latest game from Libelled, the studio that brought us the excellent Dixit back in 2008. Dixit was a highly original game, offering a different kind of play experience to anything else on the market. It went on to win Spiel des Jahres and take its rightful place as a gateway game perfect for those inclined towards a more creative, interactive experience – something without the need for number-crunching, deep strategy or savage competition. At a glance, you might be forgiven for thinking that Mysterium was a variant or adaptation of Dixit - the same kind of thing but with a murder mystery theme slapped on. 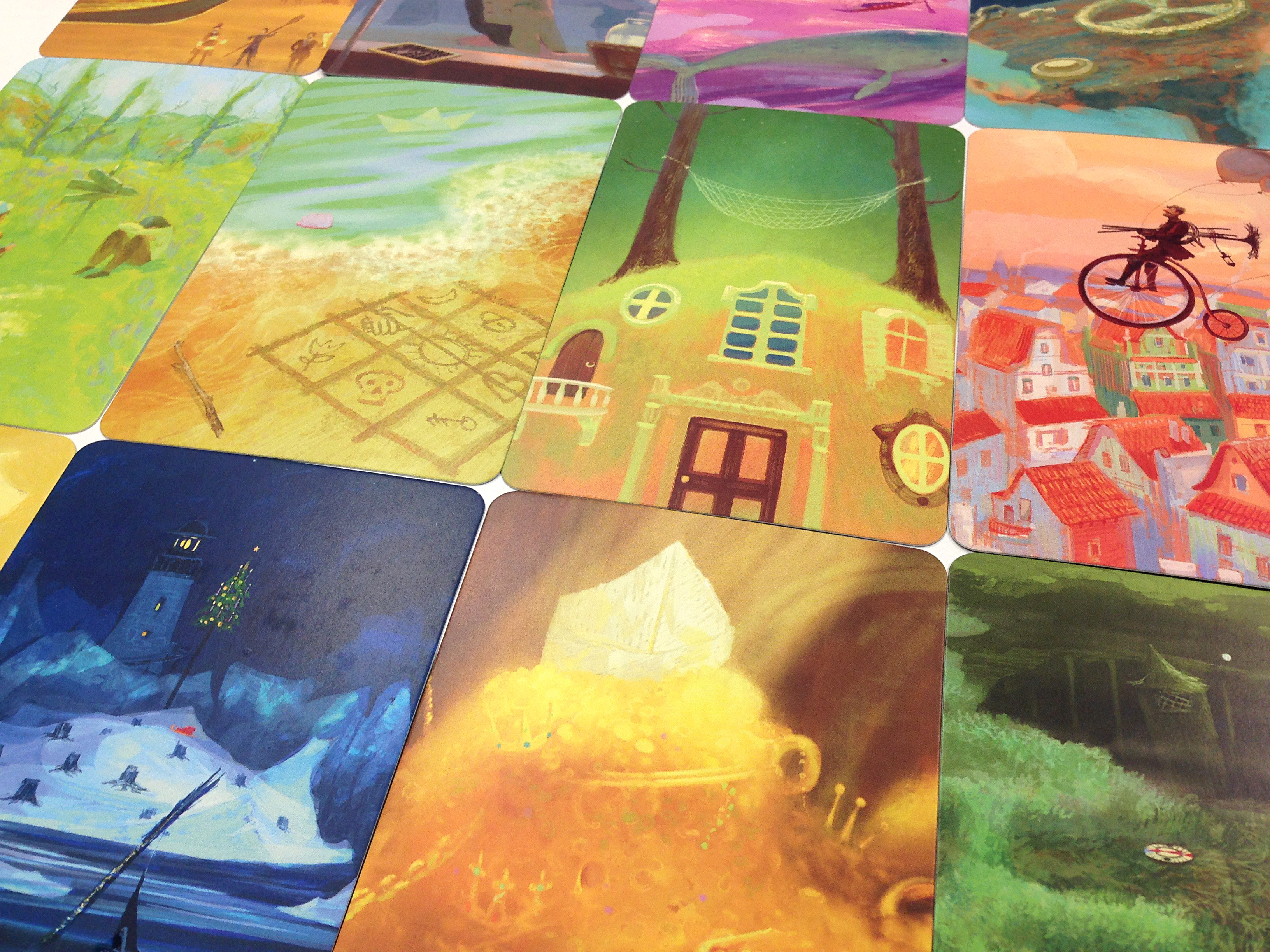 In fact, it is a reworking of the Ukrainian title, Tajemnicze Domostwo, and the fact that both games involve the interpretation of beautiful, oversized picture cards is more or less where the similarities end. Dixit was a competitive game - Mysterium is fully co-operative. Dixit involved a ‘storyteller’ player giving an audible clue each round - Mysterium requires the equivalent ‘ghost’ player to remain absolutely silent. In Dixit there was no real aim beyond scoring points - in Mysterium there is a very clear objective. In short, Mysterium is a game that deserves to be looked at on its own merits and with a very open mind.

It is the 1920s and the top mediums of the day have been summoned to a creepy mansion, haunted by the spirit of a murdered manservant. The psychics have just seven hours, each hour representing one game-round, to communicate with the enigmatic spectre and determine how he came to such a sticky end – thereby releasing his tormented soul. To do this, one player takes the role of the ghost with up to six others playing as investigators. Despite this asymmetrical set-up the objective is that all parties, including the ghost, will work together to determine three key pieces of information about the murder: who did it, where, and with what. There is an obvious nod to Cluedo in this premise, which is clever because it will have millions of people feeling instantly at home.

Something of a twist with Mysterium is that the Ghost cannot immediately recall the exact details of the dastardly deed. He is confused, weary and flooded with convoluted visions that obscure his judgement. First, he needs the help of the investigators to narrow it down to a shortlist. To do this, he sends visions unique to each player in the form of lavish picture cards. They must use their most finely tuned intuition to come up with a hypothesis of the person, place and thing being indicated to them – choosing from a selection of potential suspects laid out on the table. The ghost is not able to give any other clue whatsoever, be it visual or audible - just the picture card.

This is the heart of the game. The vision cards, just like the cards in Dixit, are marvellously weird and wonderful which can make interpretation a real challenge. Discussing what your clue might point towards with the other investigators, sharing ideas and theories, is great fun. What’s more you will really have to wrack your brains because you have only two minutes each round in which to interpret your clue and make a guess. 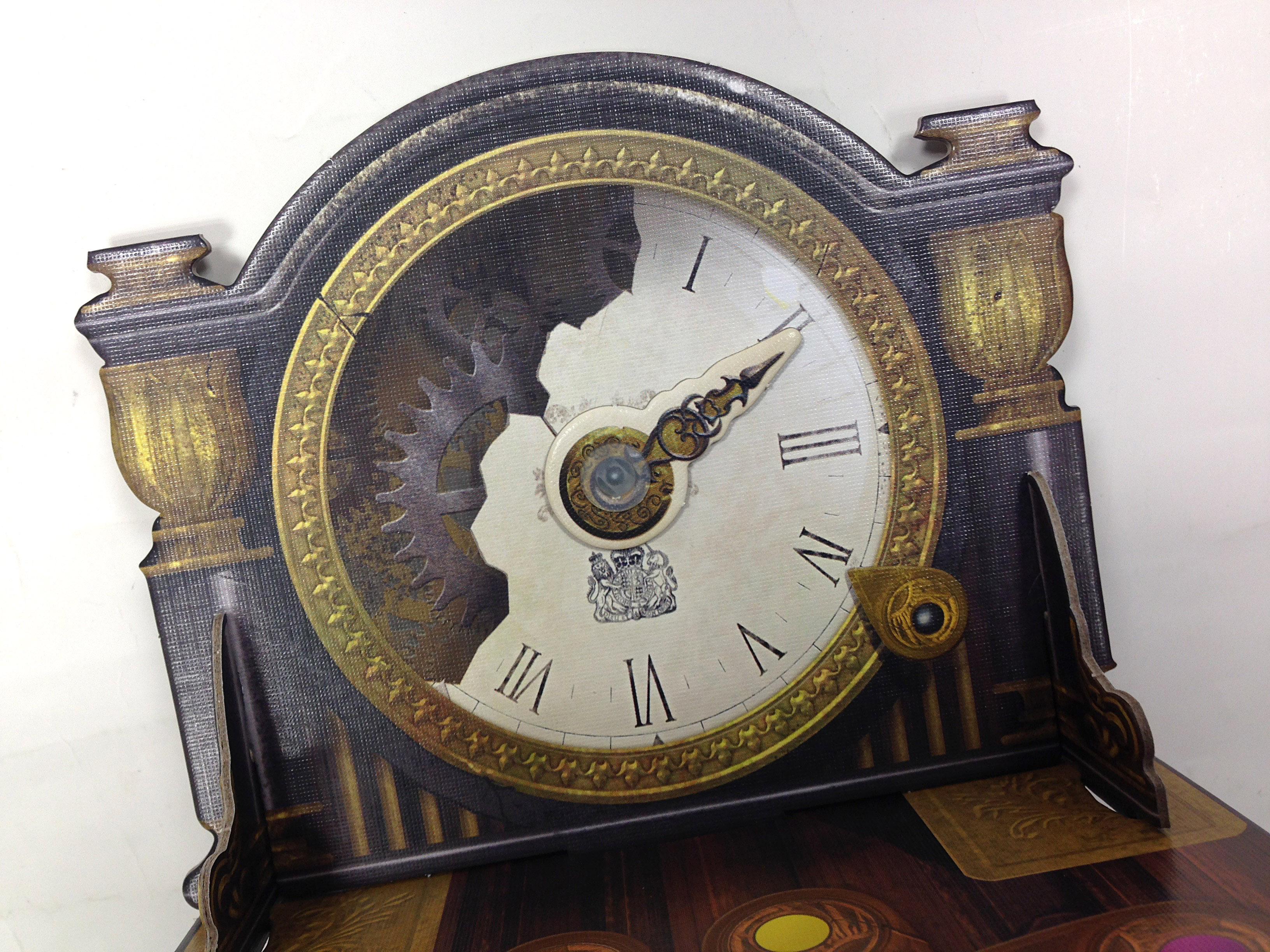 The job of the ghost is no picnic either. At any given time you only have a hand of seven cards to choose from, only drawing new ones when you either give a clue or cash-in one of your very limited crow tokens to re-draw the lot. Behind your screen you can see which suspects you need to lead each player towards, but with a limited choice of clues it is not as straight forward as it might sound. It can be all too easy to accidentally lead them astray. You will find yourself cringing helplessly and having to supress your displeasure when you overhear the other players discussing a course of action that is not what you intended. The trick is to play successive clues to the same player, round after round, which all have similar elements and hope they spot the connection.

If all players are successful in accurately deducing their set of three elements before the clock chimes for the end of the seventh hour, a final round will ensue. During this, all of the shortlisted villains, locations and weapons are laid out and the ghost gets to issue a final set of vision cards, this time shared by everyone, hoping it will be enough to single out the true killer once and for all.

Whether or not this game lives up to the hype will really depend on what you are looking for. Some people will be disappointed that there isn’t really any narrative running through the game. There is no sensation of “ah, so it was him all along!” that you get with a more traditional murder mystery themed game. It’s all about the challenge of giving and interpreting the clues, and the joy that comes with a correct guess. While this is highly entertaining, the lack of story can make for something of an anti-climax at the end of the game. This is because the whodunnit decision is only made during the final round, by the ghost player, and is based on the cards in his hand rather than being something which was pre-determined at the start of the game. This is strange since the whole production, from the box to the rulebook to the board is so wonderfully atmospheric and really builds up the idea that this is a murder mystery game.

Mysterium is an extremely high quality production that is very approachable, dripping with atmosphere and has plenty of unique elements to impress and entertain both experienced gamers and newcomers alike. The only trouble is that it does not deliver what fans of more typical murder mystery games are inevitably going to be looking for.

The mechanics are vastly different but if you have a knack for interpreting visual clues or forging cryptic connections with other players it will be right up your street. 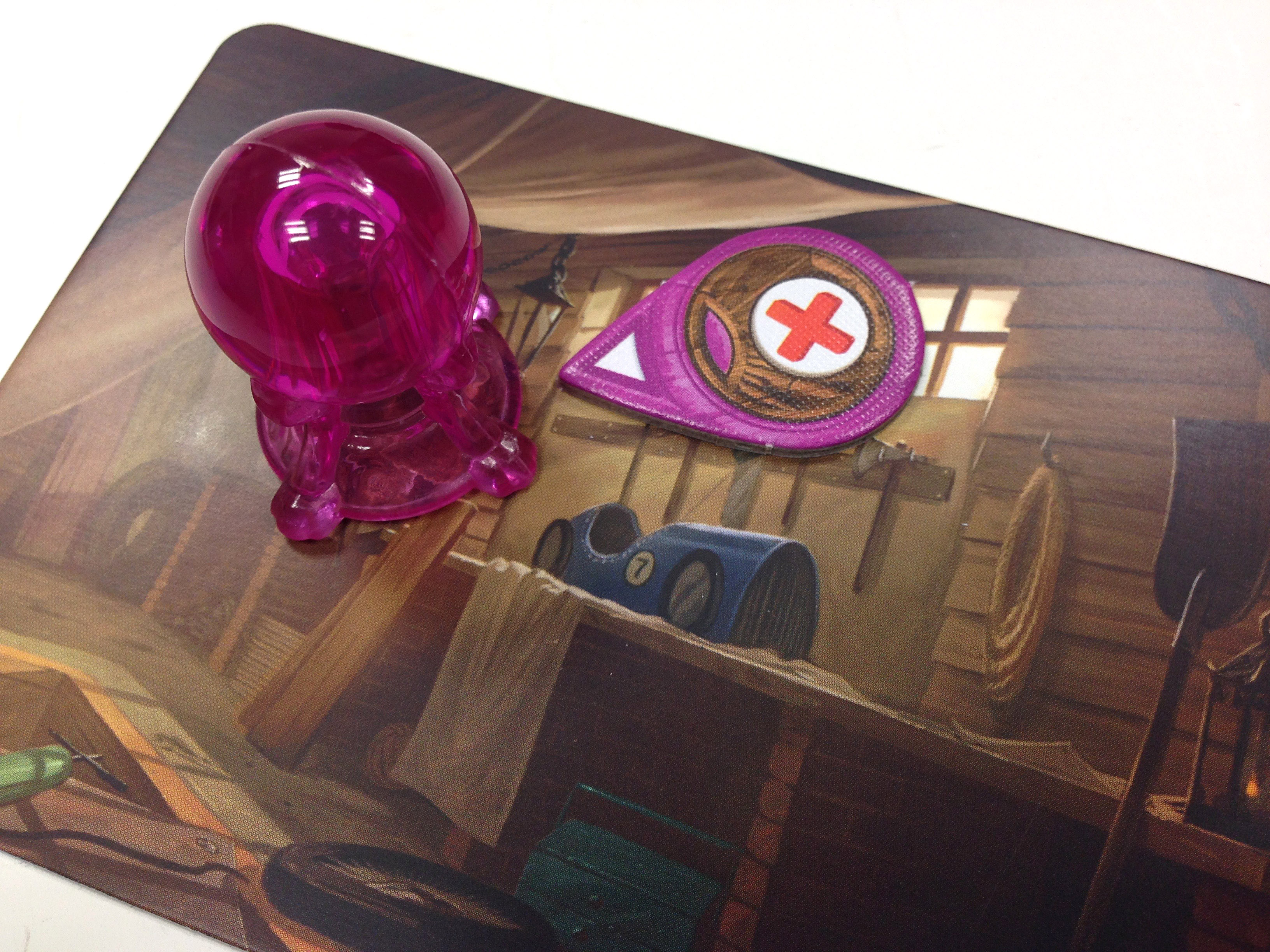 You can also read our retrospective on Mysterium from the Have You Played? Column, or watch the below video for our later thoughts!