A family-focussed mish-mash of mechanisms

Vladimir Suchy isn’t the first name that comes to mind when you think of family game creators. The Czech designer is best known for releases like Last Will, Underwater Cities and Pulsar 2849, all of which are tilted squarely at the geeky hobbyist end of the player spectrum. Now, though, he’s turned his attention to a more casual audience with Monster Baby Rescue!, a game in which you and your rivals attempt to – you guessed it – rescue baby monsters. 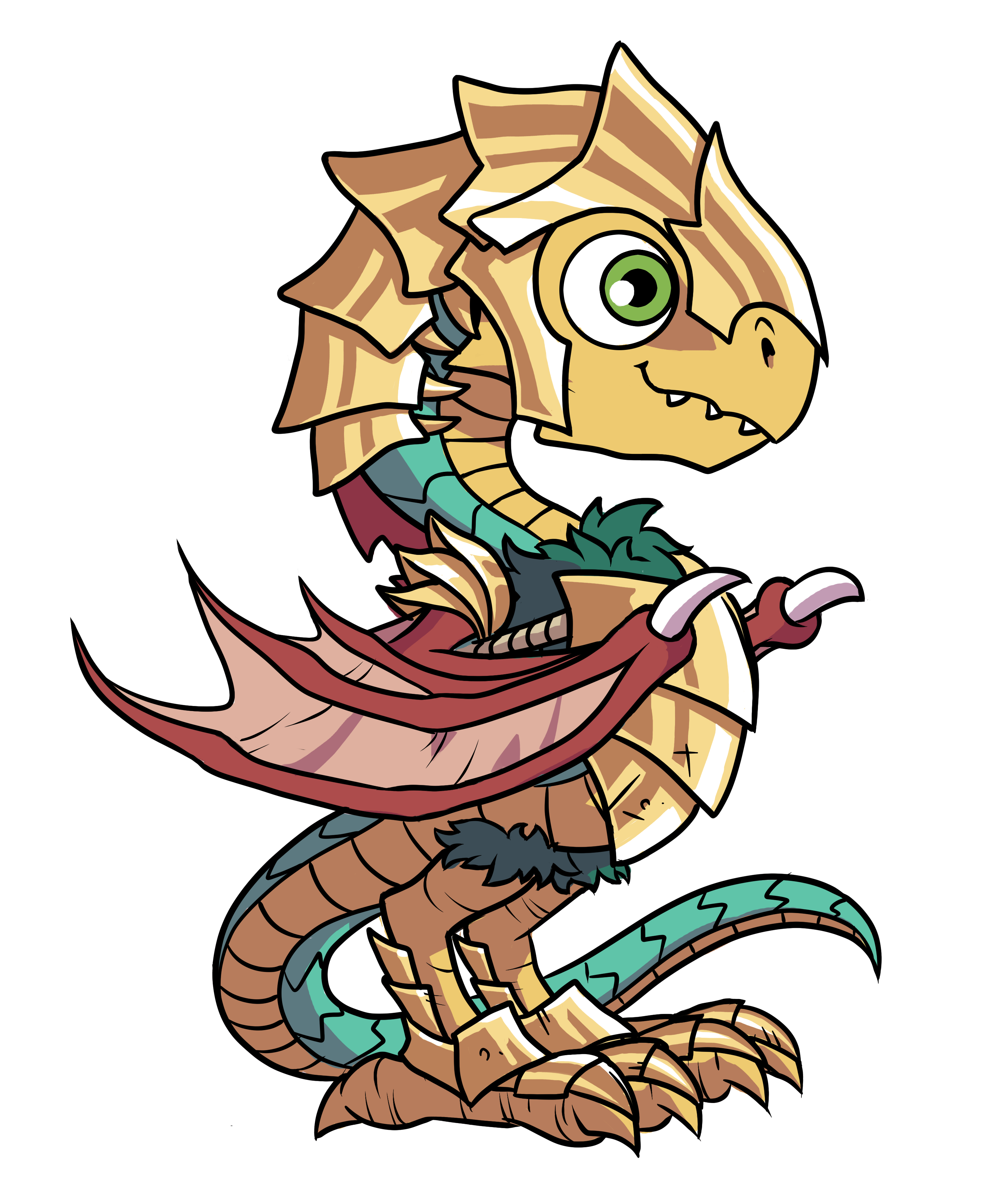 You’ll each begin the game with a different monster in your care, including an orc, dragon and three-headed Cerberus puppy. They all look more friendly than ferocious, and each comes comprised of three tiles – a head, body and legs which you’ll upgrade over the course of the game as your adopted pal becomes happier and healthier.

To make it happen, you’ll choose an action tile on every turn, each of which benefits your monster in different ways. Some improve their physical condition, letting you upgrade your creature tiles. Others provide things like comfortable bedding or play areas to keep them snug and entertained. As you play you’ll build a tableau of tiles, aiming to put them together in clever combinations to please your pet and maximise your score.

It’s here that things start to get tricky, because Monster Baby Rescue! presents you with a sometimes bewildering array of ways to score points. There’s a collection of end-of-game scoring conditions. There are in-game objectives which you’ll race to complete before your opponents. And then there are tiles which unlock special bonuses, giving you all sorts of scoring opportunities which aren’t open to everyone else at the table.

This last part effectively amounts to a toolkit letting you create your own victory conditions as you go, and it feels similar to games like Treasure Hunter, Bunny Kingdom and Carnival of Monsters – all card drafting titles by Magic: The Gathering designer Richard Garfield. You might also spot elements from other games, like the Patchwork-style time track which determines player order, or the Small World-like marketplace where tiles slide down and become cheaper over time. 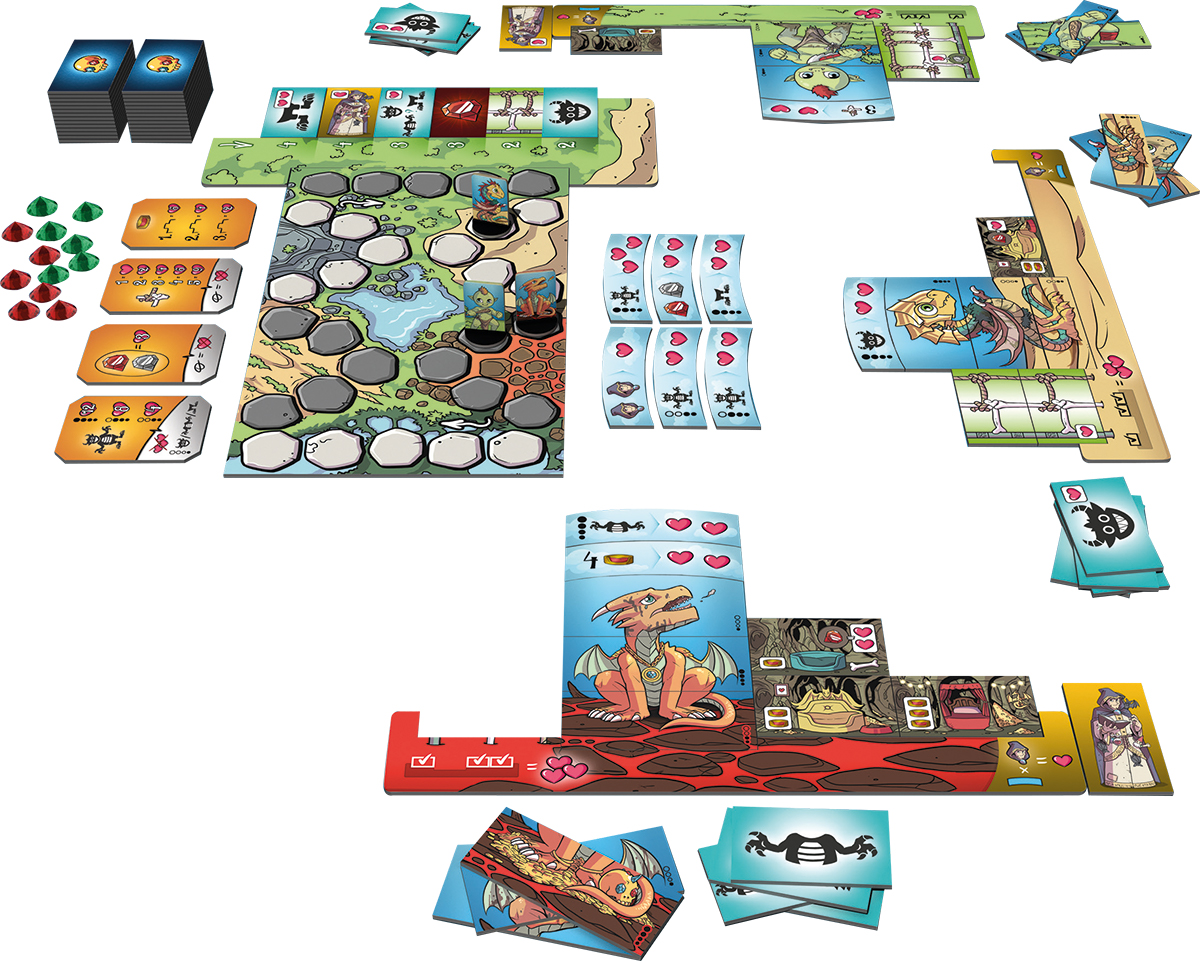 The result is a Frankenstein’s-monster concoction, with bits and pieces stitched together from all sorts of different sources. But rather than a shambling horror, the result is actually pretty smooth and snappy, with turns rolling by at a fair pace and no one left waiting too long for their chance to do something. It’s an engaging blend of varied tactics and streamlined gameplay.

Whether that makes it a great all-ages game, though, is debateable. If you’ve played any of the games which seem to have inspired it, you’re unlikely to find much novelty here. There’s also a hell of a lot for younger players to keep track of, and while the rules offer a simplified version for smaller creature wranglers, it’s probably fair to say that Monster Baby Rescue! is a game for established gamer families rather than parents only just introducing their kids to the world beyond Mouse Trap and Ludo.

A game only for younger players who are already well versed in hobbyist games, and maybe still a bit too messy then.

TRY THIS IF YOU LIKED: TREASURE HUNTER...

Monster Baby Rescue adopts a build-your-own-victory-conditions approach that will be familiar to fans of the card-drafting dungeon adventure game.