Mean... but with cacophonous fun

Babysitting isn’t the most dangerous or lucrative of occupations – unless you’re a borderline kleptomaniac with a mob boss as an employer. Coincidentally, that’s the set up of Mob Sitters, a take-that card game from publisher East Street Games.

In this quick-playing party game, three to six players will compete to rake in the most dough whilst avoiding both the wrath of their boss and the hand of the law. Sure, money can be made from an honest night’s work, but doing odd jobs for the boss – or perhaps even robbing them – is the surest way to make a buck, right?

Whether it’s snatching that shiny Mobster of the Year trophy or sneaking the occasional horse head (hobby horse of course – this is a family game) into a rival’s bed, players better hold their cards close to their chests. Fellow co-workers won’t hesitate ratting out competitors, and the cards in Mob Sitters give them just the tools to do so.

Roughly half of each player’s small deck is made up of accusation and reaction cards. Accusation cards can be directed at anyone, forcing them to place their illegitimate earnings in a negative scoring discard area unless they respond with a reaction card. These cards literally point a finger either back at the accuser or to an adjacent player depending on the card’s illustration. Very quickly, accusations can start bouncing around the table culminating in a healthy dose of riotous and unpredictable player interaction.

Getting the game up and running is a breeze, helped in part by a clear and concise rulebook and minimal components. It’s a simple enough ruleset – which could’ve easily been compressed over a couple of pages instead of twelve – but the added real-estate certainly helps readability.

It’s no lie that Mob Sitters is an unapologetically mean game, but with the right group it's a solid fifteen minutes of cacophonous fun. 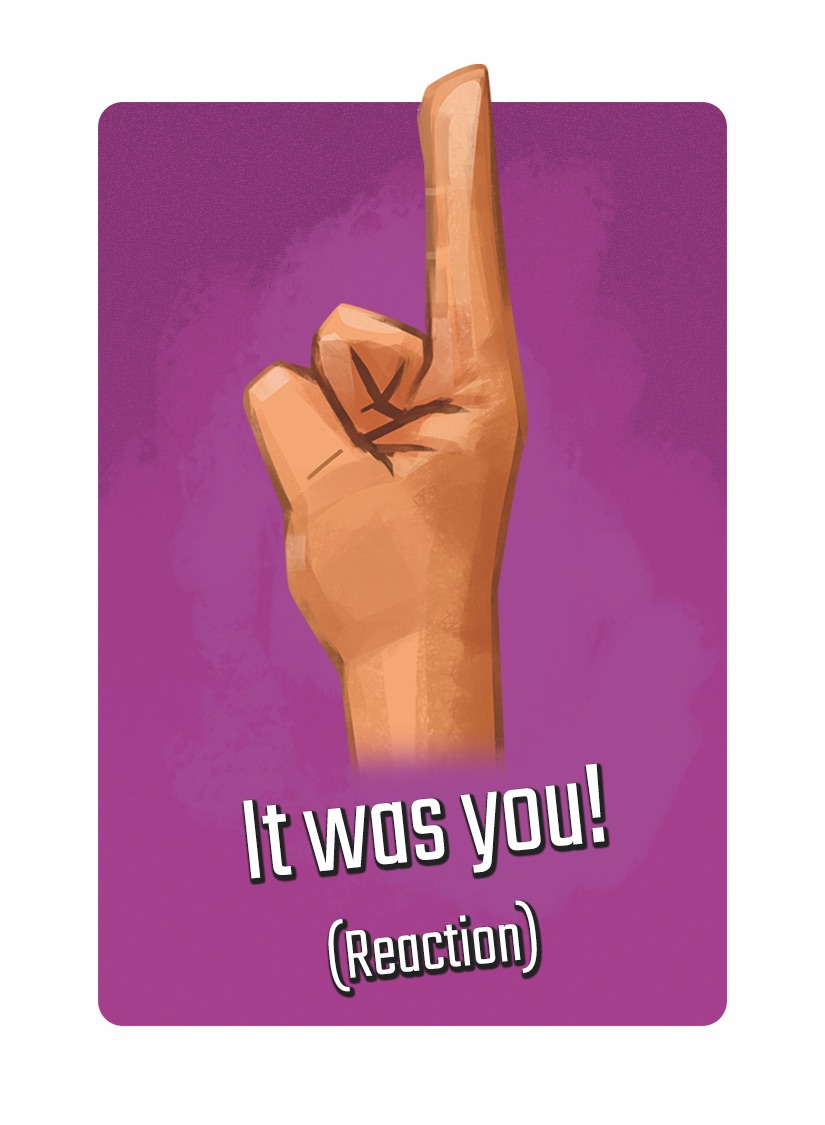