Is this documentary about the ‘Mozart of chess’ a checkmate or a blunder?

“It’s hard to be cool when I play chess,” says a young Magnus Carlsen within the opening minutes of the new Benjamin Ree documentary that bears his name.

Shot over a decade, the film follows Carlsen as he works his way up from a nervous newcomer to become the youngest-ever world number one chess player and – aged just 22 – World Chess Champion. Yet, as the movie’s title suggests, Ree focuses more closely on the man behind the pieces than his achievements on the board.

The most prominent aspect of this is the pressure mounted upon Carlsen – by his father, who first encourages the hobby and is shown watching intensely from the sidelines during major matches; by classmates, who bully him for his hobby; and by various opponents, with World Champion at the time Vishy Anand portrayed as specialising in the psychological aggression of chess, refusing to shake hands or make eye contact with Carlsen when they ultimately meet in the 2013 finals.

Ree attempts to delve into the mental strains of chess, showing Carlsen freezing up during the 2004 World Cup and a series of major slip-ups during crucial games in the World Championship. He also explores the ritualistic side of Carlsen’s relatively light-hearted preparation for major games, reading Donald Duck cartoons and listening to children’s songs – both as a child and an adult.

At multiple points, Ree explores Carlsen’s reliance on self-described ‘intuition’ to analyse the various moves available during games, overlaying a shot of a chess board with pulsing CGI lines to visualise the sheer number of tactics Carlsen must consider at any one moment. This is contrasted with Anand’s apparent dedication to computer-aided analysis, with multiple talking heads criticising the five-time World Champion for memorising a set number of piece positions as dictated by software rather than using his own intellect. The battle between wits and technology is an interesting one, but remains largely unexplored and left by the wayside as Ree rushes towards the conclusion of the svelte 75-minute runtime. 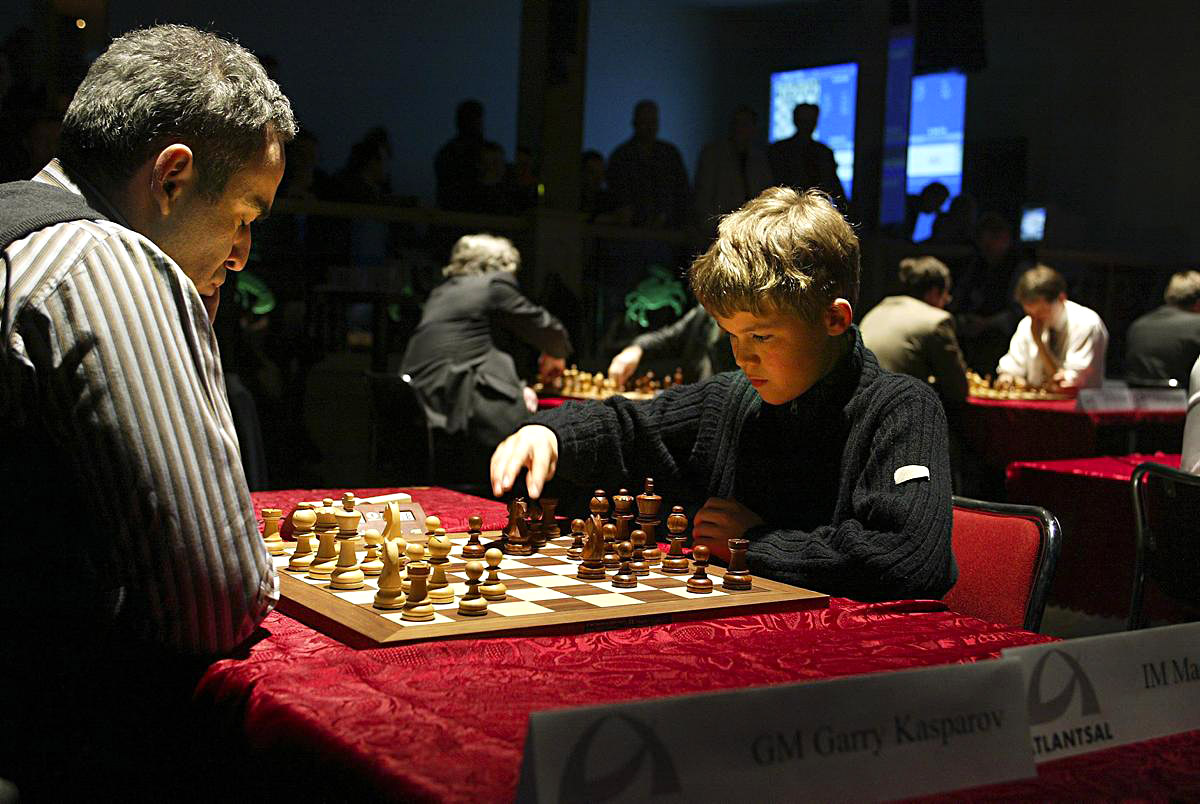 Similarly abandoned is further insight into Carlsen’s own understanding of the tactical and psychological elements of chess. He does provide scant narration, but much of it fails to explore his unique approach to the highly complex game beyond a surface level. Instead, his father is the ubiquitous voice throughout, making it hard to be anything more than an outside observer into Carlsen’s psyche. We never hear what he thinks of facing off against Garry Kasparov, nor why he makes mistakes that elicit gasps from commentators during key battles. At one point, his father repeats the old cliché: “Chess is easy to learn but impossible to master.” Yet the film does nothing to help viewers learn more about the game from one of its greatest-ever competitors.

Despite this, there are moments to leave you as mouth agape as any fictional cinematic set piece. The most memorable scene in the film takes place as Carlsen competes against ten top-ranking Harvard lawyers simultaneously, while blindfolded. As the lawyers’ kings topple, it’s impossible not to realise the talent of the young Norwegian. He then coolly pops a cherry on the cake by writing out all of the moves for one of the matches for his competitor. “Some people get an autograph, I get a list of moves,” the bested lawyer observes.

Ree’s film ends up resembling one of the pieces analysed by Carlsen’s mind, exploring a variety of different themes but ultimately freezing in position on the board. It’s a look at the role of psychology in competition, the pressures applied to young talent, the way relationships change in response to obsession, the benefits and weaknesses of both the human mind and technology, and the enduring complexity of one of humankind’s oldest games. It’s all of these things, but all of them fleetingly.

Magnus Carlsen’s story is a fascinating tale by itself – which is lucky, as this documentary fails to explore much beyond a surface level, despite hints that it will delve into more complex discussions. Still, with a short running time and effective direction, it’s a fine way to spend an hour learning about a truly remarkable human mind.