We Built This City

A game that explores capitalism through buying, developing, and selling property with the help of the roll of dice and some paper money… no, no, please come back, this is not Monopoly! In fact, this is a game that will make you forget that Monopoly ever existed.

In Magnate: The First City, you are a property developer operating in the city and its neighbourhoods during its construction boom, manipulating land prices, attracting tenants to your properties to ensure an infusion of stable income, to then sell your assets quickly before the inevitable market crash. You must think of advertising, land prices, values of the development and how it will affect the market in the future. It all sounds… a bit daunting. Yet, playing Magnate is exactly the opposite.

In part, this is because James Naylor, Magnate’s designer, made sure that learning the game is a smooth and fun experience. There is, of course, the rulebook, with pages filled with iconography and turn sequences, but first-time players will hardly need to bother with it. The game comes with a tutorial scenario deck that gets you playing the game straight away, while offering a walkthrough of the available actions and even some tips of strategic decisions to be considered. Almost as soon as you set up the game, you are immersed in it. 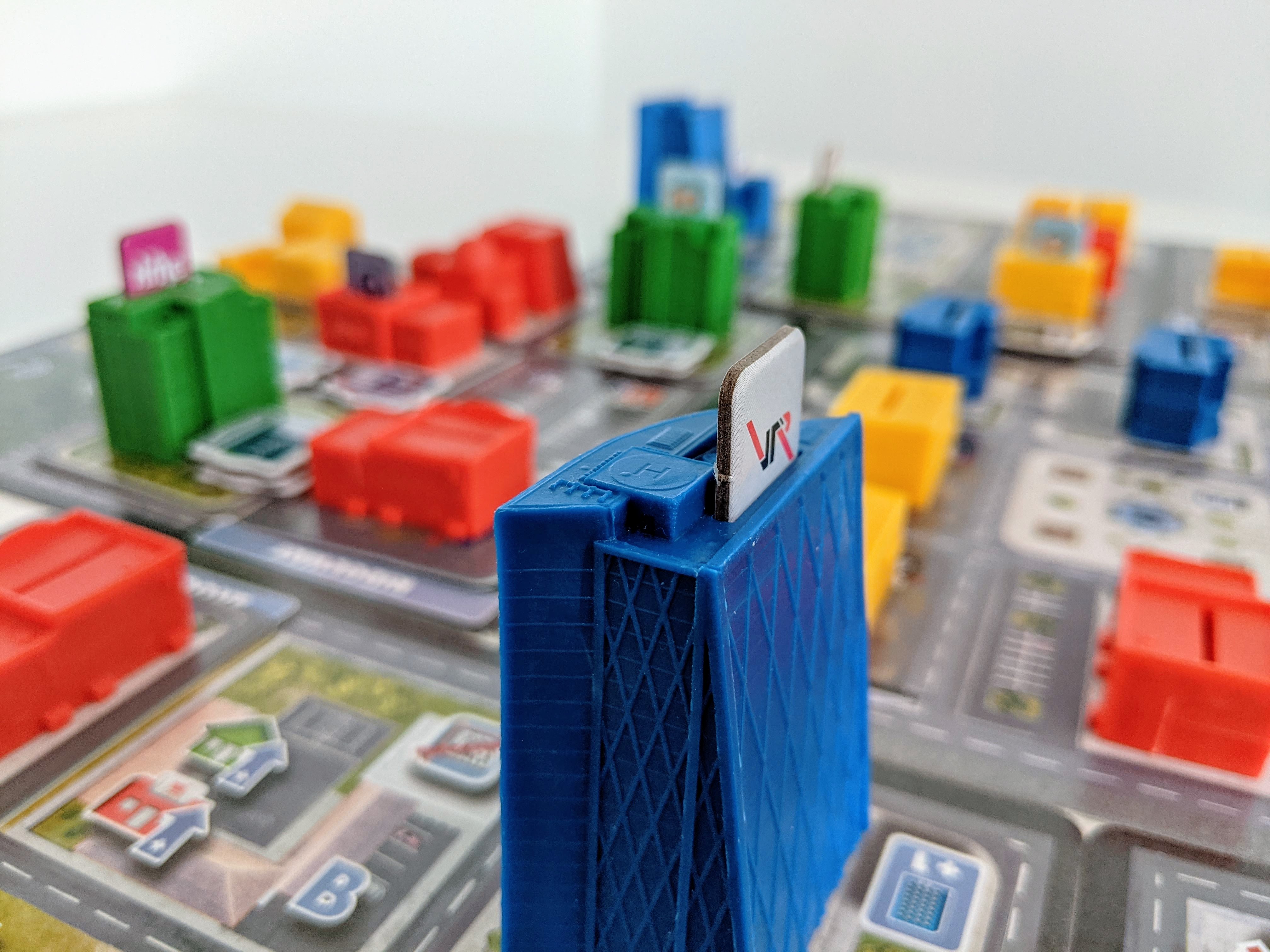 The design of the game also manages to distil complex and convoluted concepts of economics and property development into something that, while still very real, is easy to understand. It just makes sense that an apartment block next to a park or a playground will be more attractive to potential tenants. Whereas, building a dream home next to a huge industrial complex is less ideal. It also makes sense that if you keep buying lots of land, it will get more expensive as the demand grows. Which might be bad news if you want to get an additional plot of land but is certainly a good money-making opportunity if you want to sell it. It also helps to have beautiful 3D buildings to visualise this growing metropolis and its continued expansion through the course of the game.

The end goal, in true capitalist fashion, is to make the most money. There will be lots of buying and selling throughout the game. However, it is the moments in between the money exchange that are most interesting. Looking at the city tiles and identifying the plots with the most potential. Placing buildings in a considered fashion so they benefit your other future developments (retail, for example, gets a bonus from adjacent office buildings). Or perhaps, sabotaging your opponent by building a big industry next to their new shiny apartment block? There is even a bit of uncertainty as you roll the dice to see if you managed to find any new tenants to occupy your latest development.

The game ends on a crescendo – the market crash. The prices are highest right before the crash so delayed sales might prove lucrative but push your luck too much and you will end up selling for pennies on the dollar. It is appropriately dramatic and feels particularly poignant because it is not defined by the number of rounds but brought on by players and their actions throughout the game. In the end you have only yourself to blame for the sad state of the economy...

It is an impactful message which can be hard to hear over the rustling of crisp notes in your wallet. Yet it is also a testament to how elegantly and cleverly Magnate unwinds complex economic systems to create a game with both a powerful message and completely engrossing gameplay.

A clever coalition of concept, gameplay and a point of view, Magnate: The First City delivers an economic-based city-building game to rival the classics.

TRY THIS IF YOU LIKED LORDS OF VEGAS

Whether you are developing a casino strip in Lords of Vegas or a bustling neighbourhood in Magnate, you will have to scout the lucrative plots and make some risky investments. It will all be worth it when you count your crisp paper banknotes at the end of the game.