Technology is progressing and the city needs a brand-new transport network. It’s your job to establish an infrastructure that’s worthy of this futuristic city. Behold… magnetic levitation rail.

In Maglev Metro, you construct a line of your own colour in order to build and connect stations in different parts of the city. Your hex track tiles are perspex – so multiple players can build on the same spot and all the lines can still be seen, which is aesthetically very pleasing. Two types of passenger must be transported across the network – robots (which are gold, silver and bronze) and commuters (pink, lilac, coral and purple). Using your train, you collect passengers and transport them to their home colour station, whereupon you place them on your own player board. This is where things get interesting...

The state of your player board determines the number of actions you get on each turn, the actions available to you, the magnitude of these actions, the commuters you can transport and your victory point conditions. For example, placing one tile is standard for the track action. But, by allocating robots here, you can increase the ‘units per action’ – enabling up to four units of track to be constructed in one action. You may also increase the distance your train may move, the capacity of your train, the number of passengers you can pick up or drop off and the number of new passengers you can refill a station with. So, by transporting passengers you are also building your engine and becoming more efficient.

The concept is simple to grasp and the game is relatively quick to learn, but the decisions are rich and interesting. It’s not easy to decide where to place passengers on your player board. At the start, only robots are available and you’ll need these for powering up actions. But to access commuters, you must unlock them (using robots) on your player board. Commuters are mainly useful for end-game scoring, but here too there are multiple options and, once placed, you can’t change your mind. 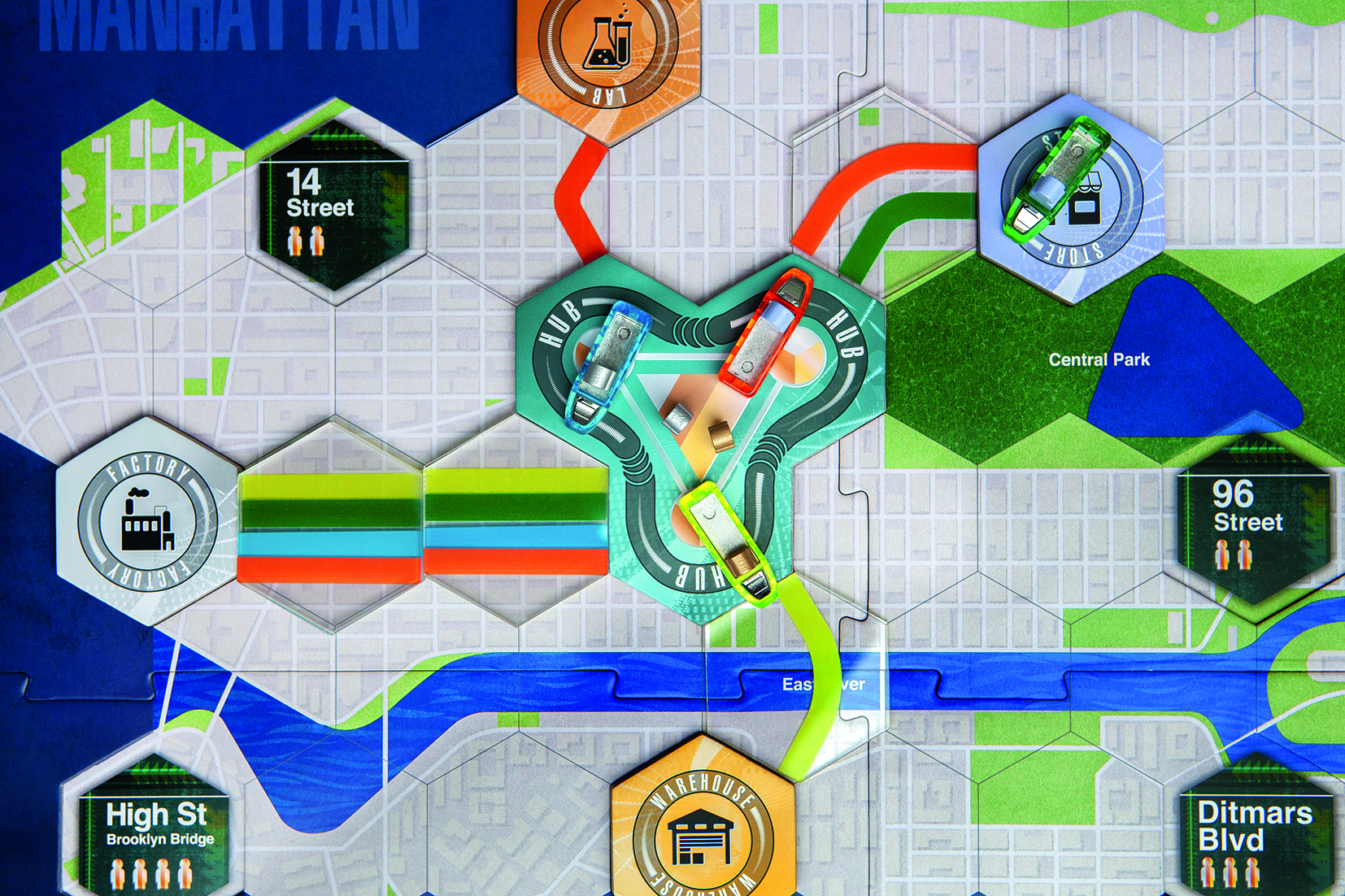 Passengers are in short supply and there’s an increasingly urgent need to claim as many as possible. You can increase the number of actions you take on a turn, but for each extra action, you must allocate four passengers, which is an expensive commitment. Deciding what to prioritise and evolving your strategy is a delight. Your four objective cards provide an initial direction, but to score more than one, you’ll have to unlock this on your player board.

There’s virtually no interaction between players in Maglev Metro. There may be a minor tussle over station building, which comes with a bonus for your board, or a little competition over collecting passengers, but by and large, you’re running solo. Despite this, I really enjoyed this game. I’m continually disappointed in my own performance, but that just makes me want to try again. I would like the game to last a few more turns though. It feels as if I’m building my engine for the whole game and never get a chance to run it properly before it’s all over.

The component quality is impressive, but measurements aren’t perfect and for this price, you’d expect it to be. Also the colours are far too similar and mistakes can easily happen, which is really frustrating. The game board has two different sides – New York and Berlin –and the two games play very differently. New York has a large hub station which you can construct multiple routes from. This makes movement around the board much easier. But to be successful in Berlin you’ll need to be more strategic. Same mechanics, totally different feel. More games should do this. However, I am slightly mystified about the Maglev theme. Never before have I been disappointed that components don’t magnetically levitate above the board, but call your game Maglev Metro, throw in some metal trains and a board thick enough to house a magnetic sheet and the expectations are sky high.

Efficiency is the key in this pick-up-and-deliver engine builder. If you enjoy an optimisation challenge, you’re sure to like this.

TRY THIS IF YOU LIKED:  On The Underground

There are obvious similarities between the theme and some mechanics, though On The Underground has more interaction between players. 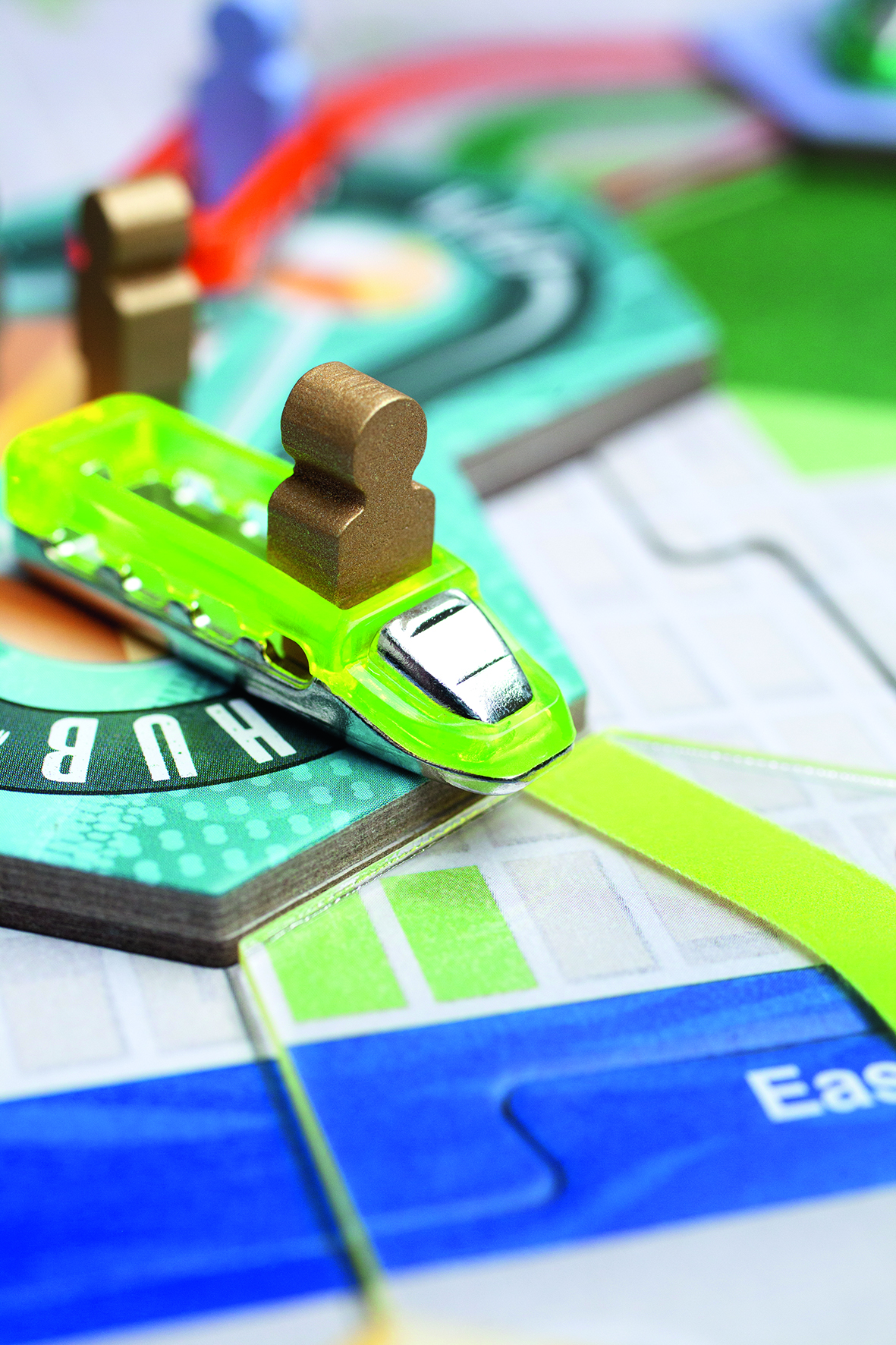