Magical Kitties Save the Day! Review You are cute. You are cunning. You are fierce. You are magical kitties who can save the day! That’s how this RPG in a box begins, and also how it has continued – such a cute mantra has now invaded daily life and has been repeated regularly since starting to play this game. Gone away are the range of dice, the requirement to roll for an extensive number of options, and lengthy character sheets, instead, here stands Magical Kitties Save The Day, with six D6, and requirements to roll only for actions that fall under cute, cunning, or fierce. 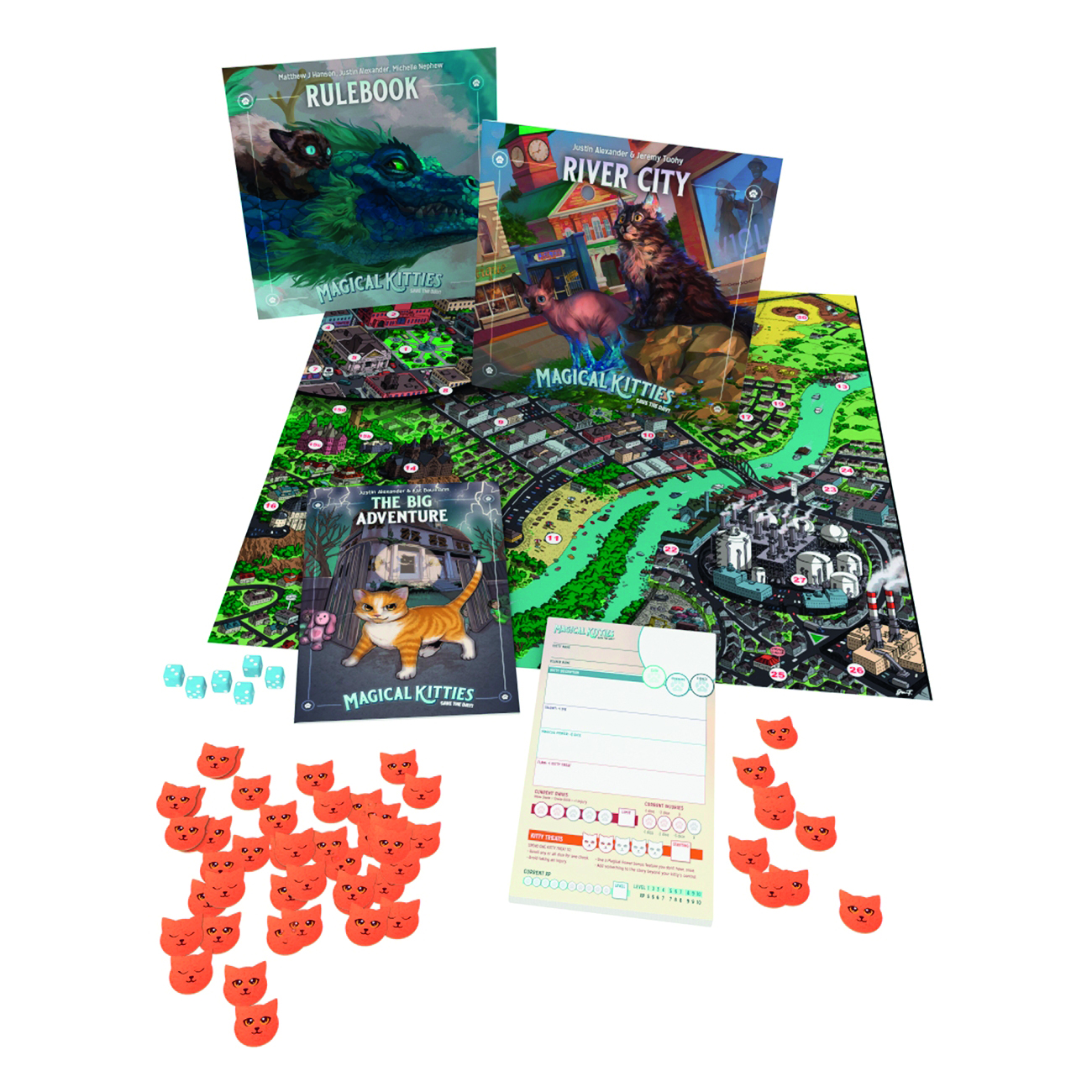 The premise is simple, you’re a magical kitten who has a human with a problem, and you’re going to try to help them with that problem. Added to that, is underlying other issues – a mouse rebellion? Baba Yaga? Dinosaurs? These make it just as bonkers as you’d like to play it. Our most recent game of it included a kitten skilled at dancing, fighting prankster mice headed by Remy, over underappreciated restaurant level food, in a dance off that involved mostly TikTok songs, after having bribed elderly cats for information using Werther’s Originals stolen from a corner shop. Filtering actions into cute, cunning, and fierce for these (as an example), worked surprisingly well, though the temptation to ask for perception rolls was equally surprisingly high.

The game seems to very clearly, but very well, be directed at deflating potential tantrums. Don’t like your roll result? Play a kitty treat to roll again. Utilise something negative, ie your character flaw, for story? Pick up a kitty treat. Fail a roll? Gain XP. Death? Of course not, you’re incapacitated for just as long as this part of the story occurs. It keeps the game very positive throughout, because nothing really bad can happen to any of the players. That’s perfect for the younger players, with the benefit of encouraging the character flaws to be played out more authentically, which in turn build the story that’s being crafted much better.

With this, it’s fair to say the game seems to have placed itself in the entry level area – the rulebook really nicely explains how roleplaying works, with really clear examples, and there’s even a solo adventure, which is essentially a choose your own path graphic novel with some dice rolling, that works beautifully. The topic alone means you can play it with anyone, though the adult rated jokes using different terminology for cats is entirely optional and audience dependent. Generating a character is straightforward, and the mechanics are easy to pick up. As a first game for a younger audience, it’s easily a winner.

For an experienced GM, it’s a quick and easy system to learn and to share. Though there’s no separate GM guide, or specific storyline to try to follow – there are snippets of adventures to keep together, but as always, it’ll be dependent on your characters participating – there’s a wealth of information about everything from dinosaurs to the library. An inexperienced GM might struggle without more support, but it’s still perfectly doable. All that means is, it’s perfect for new players, dropping to alright for new GMs.

With the RPG in a box offering tactile components, and the options to add on player cards (£20, which is steep when the game is only £25 itself, but if you’re going to be playing a lot they are a really nice addition), and additional dice (£10) it feels like the barriers to entry of an RPG are removed. Of course, only if you’re cute, cunning, and fierce. 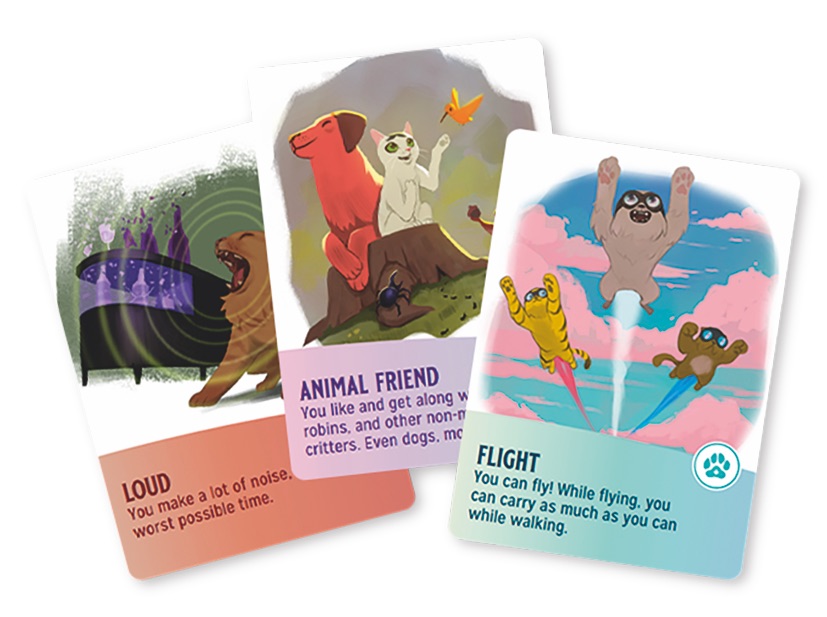 TRY THIS IF YOU LIKED TALES OF EQUESTRIA

Another family based RPG, perfect for bringing others into the hobby.