Welcome back to the jungle

Game expansions are always a tricky prospect. Some feel like they’re offering content that should have been in the base game and only exist to burn a hole in your pocket. Others can feel superfluous, or like they’re adding unnecessary complication to a rule set you’ve happily got your head around. But every now and again, an expansion comes along that hits the sweet spot in the middle, neither feeling like it’s plugging a deliberately left hole, nor creating unwanted extra crunch. Expedition Leaders is, thankfully, just such an expansion. 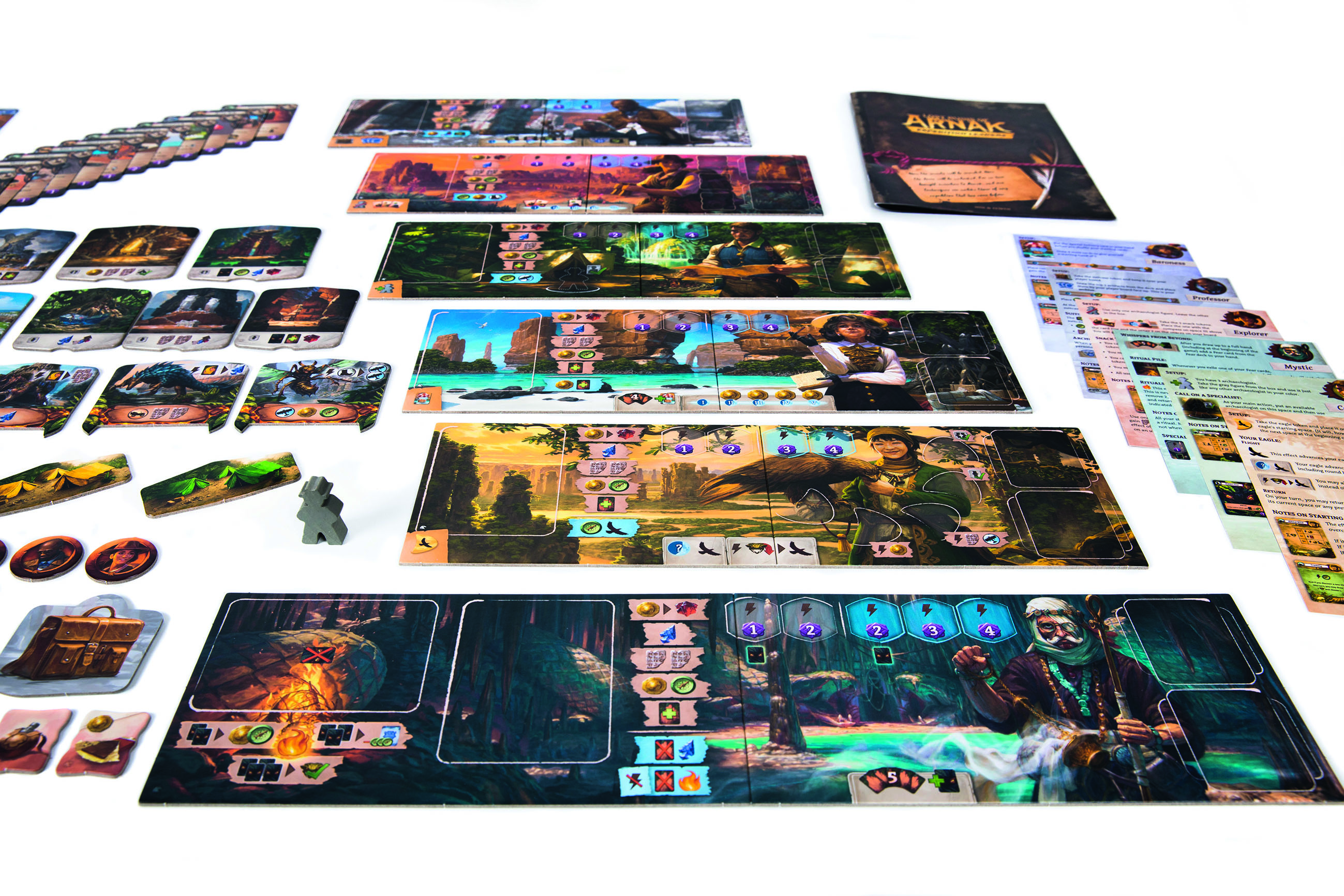 Min and Elwin’s Lost Ruins of Arnak was a major hit that has deserved every ounce of love and appreciation sent its way, including its Kennerspiel des Jahres nomination earlier this year. A competitive adventure game of mysterious island exploration that channelled Jules Verne and Indiana Jones, it blended worker placement and deckbuilding so smoothly and intuitively that it played like a dream. But if we had a criticism, just a small one, it would be that, for all its colourful and impressive illustration, it lacked a little character. Or to be more precise, characters. Each player simply chose a colour, and it was left to their imagination to fill in the blanks of who exactly those fedora-hatted meeples represented, and what was driving themq to risk life and limb on a monster-infested isle.

Well, as the title suggests, Expedition Leaders addresses that (little) criticism. Now, instead of simply choosing a colour and starting with the same hand as all the other players, you can choose one of six characters, who come with their own, unique starting hand, along with a distinctive player board and a special ability that involves its own components. To some degree, this introduces the asymmetry of a game like Root; for example, the Explorer has echoes of Root’s Vagabond, being a single character who darts around the board on her own (her moves fuelled by snack tokens). But, as we said, the added-complication levels are kept blissfully minimal, so unlike Root, it does not feel like each player must master their own game-within-a-game.

Everything is complementary to the experience, clicking neatly into the existing mechanisms while remaining sensitive to the central theme. So the Professor is an artefact specialist, who can draw from his own archive of artefact cards; the Baroness has money to burn, receiving a small income each round and enjoying the benefit of the Special Delivery card, which enables her to gain an item to her hand, rather than the bottom of her deck; the Mystic (trickiest of the bunch) can burn Fear cards to perform rituals that summon up tokens or artefacts, or even allow him to defeat the monstrous guardians.

The expansion also includes two new temples to research (Monkey and Lizard) and, as the rule book notes, the leaders are best enjoyed when tackling these more difficult tracks than the two in the base game; otherwise it does become noticeably less challenging. For this reason, we’d primarily recommend Expedition Leaders to those players who’ve already explored Arnak a few times. Although, as with the core set, Min & Elwin’s additions are so well implemented that even first-time players shouldn’t find them too hard to absorb.

If you love Arnak then this set will only make you love it more – without ever making you feel annoyed that its contents didn’t feature in the base game.

TRY THIS IF YOU LIKED VITICULTURE: TUSCANY…

The expansion to Jamey Stegmaier’s wine-making debut worked so well, he incorporated it into the main game with its 2015 Essential Edition.