Take a bite out of vampire chess

You’re cursed, the game tells you from the oft, sorry about that. Inside this beautifully designed box – we’re suckers for clear and brazen displays of theme after all – turns out to be a kind of abstract game of war, a war that’s going to suck the life out of you. 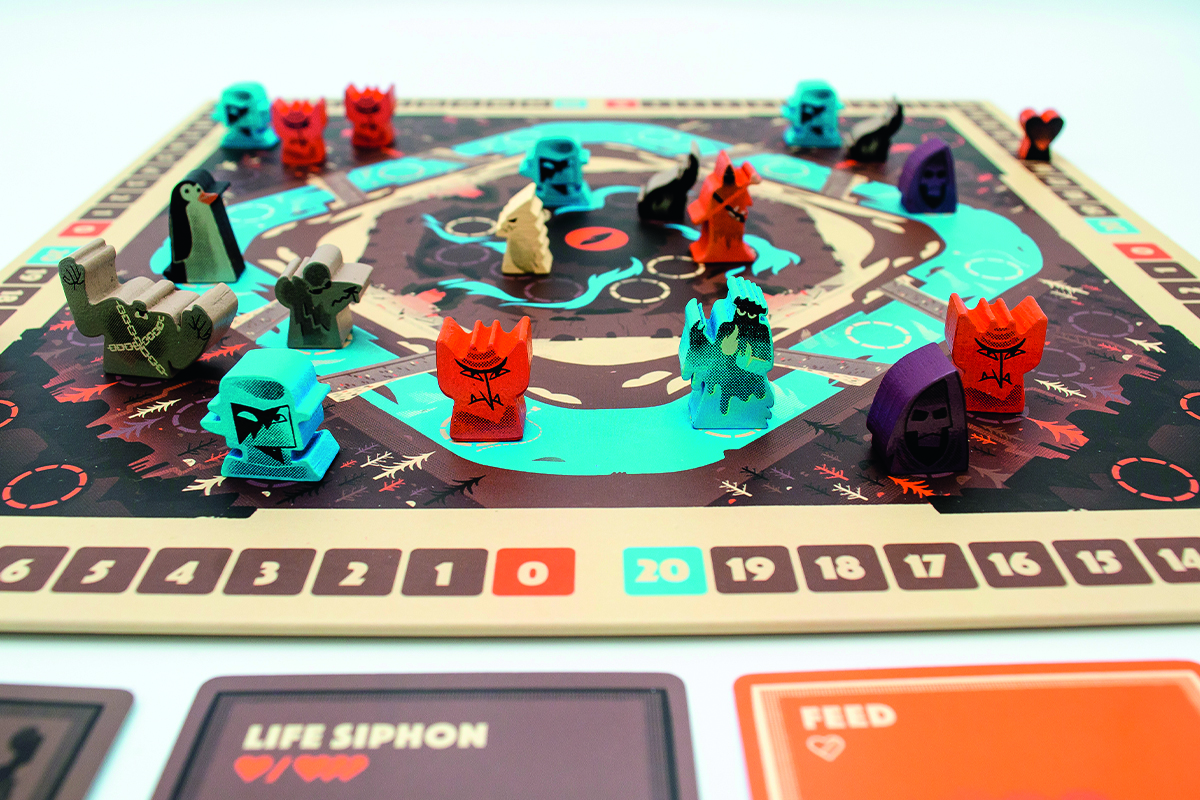 The key conceit of Life Siphon is the use of life as a resource. You’re going to be losing and gaining it each turn, and it’s also the way for you to pay for creatures – familiars – you summon. Careful though, you’re out if you get knocked down to zero – so don’t spend all your life at once.

In the core game there’s three basic units, a heavy attack death knight that’ll cost one every time you move it, a lich which can only be blocked by other liches, and an imp, which gives you back life when it died. Players take one corner of the map and spend turns moving through the summoning zone, movement row, river (which will heal you at the start of your turn), and the battle zone and fighting the person to your left and defending to the right.

It’s a bit like playing chess in a corridor. There’s only so much strategy that can be assigned to the movement of familiars, and it’s mostly about ensuring that you’ve got enough healing coming in while having a front line that can defend and attack. Playing cards can make a big impact on the board, and picking up an aspect provides a little bit of extra asymmetrical fun. 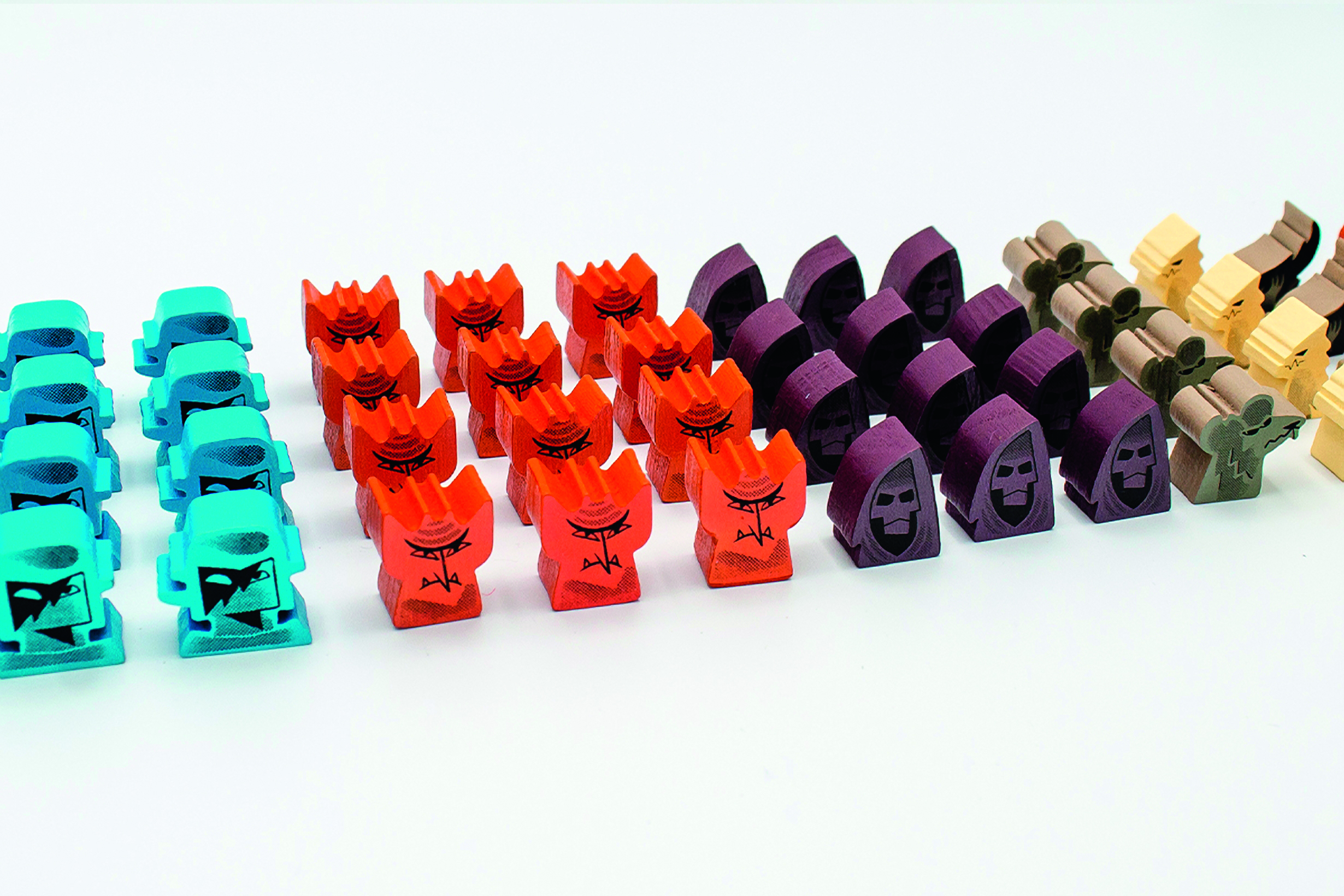 We like the fact that there’s such a huge amount of variety in the box. Modular set-ups are encouraged, and the penguin included is the of the best ways to get someone to your website for homebrew rules (not that we could find them at the time of writing, likely just bad timing). The spirit of tweaking things in the box until it works for you has its own appeal, and we’d recommend all but for your first game to add in all of the extra minions that appeal to you. Plague rats that can kill anything with their poison and ‘fearsome’ one-off characters that you can access at very low health make for much better variety than the core box, although liches remain somewhat overpowered.

If you’re happy to build up a game of your own making, and indeed, adding in house rules that suit your group then Life Siphon is something worth trying. If however you want a refined experience from the get-go, then it might be worth looking for your next taste of life essence somewhere else.

While nowhere near perfect, there’s enough in the box for you to create the game you really wanted to be in there all along.

TRY THIS IF YOU LIKED War Chest… 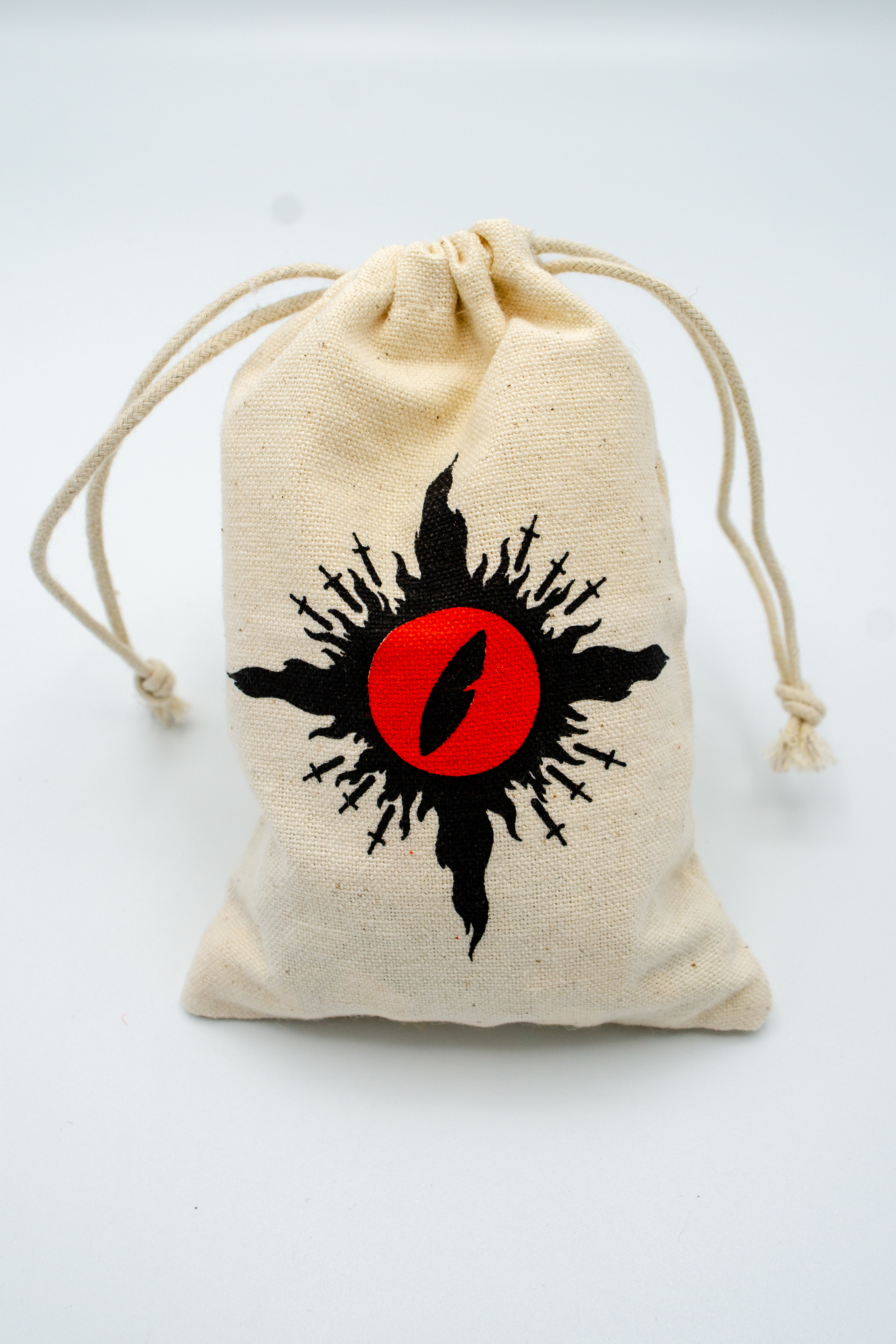 While not up there with this abstract classic from Trevor Benjamin and David Thompson, the focus on modularity of set up ticks some of the same boxes.

Designer: Zach Given & Jake Given