We rest our case

If you’re the kind of person who’s always dreamed of shouting “Objection!” in a courtroom, then look no further than Lawyer Up. Okay, so you’re sitting at a table across from a single opponent (or a dice-driven Automa) rather than striding around a court, and you’re simply flipping an Objection token to cancel the other player’s just-played Argument card, but there’s no reason you can’t still bark the word like some big-shot attorney. It just makes things more fun.

Not that Samuel “Old” Bailey (okay, we just made up that nickname) and Mike Gnade’s card game requires any embellishment in the entertainment department. Inspired by juicy courtroom dramas rather than the arid realities of the real legal world, it’s a smart card-chaining duel with an attention-gripping back-and-forth rhythm as witnesses are called and essentially fought over. The prize for each is a bunch of Influence points, which must instantly be spent on winning over as many of the 12 jurors as possible, by swaying their Biases (represented by little wooden tokens that nudge along a little track on each juror card).

Each lawyer/player – either Defence or Prosecution, naturally – has their own deck of cards, comprising a base deck of Arguments and Procedures, into which extra case-specific cards (including all-important Evidence) are shuffled during a game-opening drafting phase. These cards must be played very carefully. As with any well-constructed argument, it’s best to time your points well, order them appropriately and ideally end on a zinger.

However, the best arguments depend on the witness; each is influenced by different things and has different biases. Some may require a more evidential or factual approach. Others might melt under the weight of emotional appeals. This is all represented by Bias symbols matching the aforementioned tokens; a card can only be played if it matches one of the Bias symbols on the Witness card, or a symbol on the last played card in your Examination (i.e. the array of cards on your side of the witness). With each Examination, you’re essentially competing to build the best Influence-winning mini-engine, with cards giving other neat bonuses, too.

You can also play Procedures down in front of you, giving you a big stunt to pull off on a future turn, such as Surprise Witness, which means you can throw out the current Witness card and replace it with a random one from the case deck.

It is a slick system with much LCG potential. The base box comes with two cases (art forgery and murder), but others have already been published, including a Witch Trial case and a Godfather-style case. It’s all very much geared towards an American audience (we’ve corrected the game’s egregious misspelling of Defence here), but that’s only a minor complaint. And besides, they may yet bring out some British-specific case decks. If they did, we’d have no objections.

It’s essentially a courtroom drama in a small box, and even if you don’t want to fork out for new cases, the two included are perfectly replayable, with a variety of different modes for each.

TRY THIS IF YOU LIKED 7 WONDERS DUEL…

They’re different themes and genres, but they do share a similar gameplay energy, providing fierce, deep and entertaining two-player experiences. 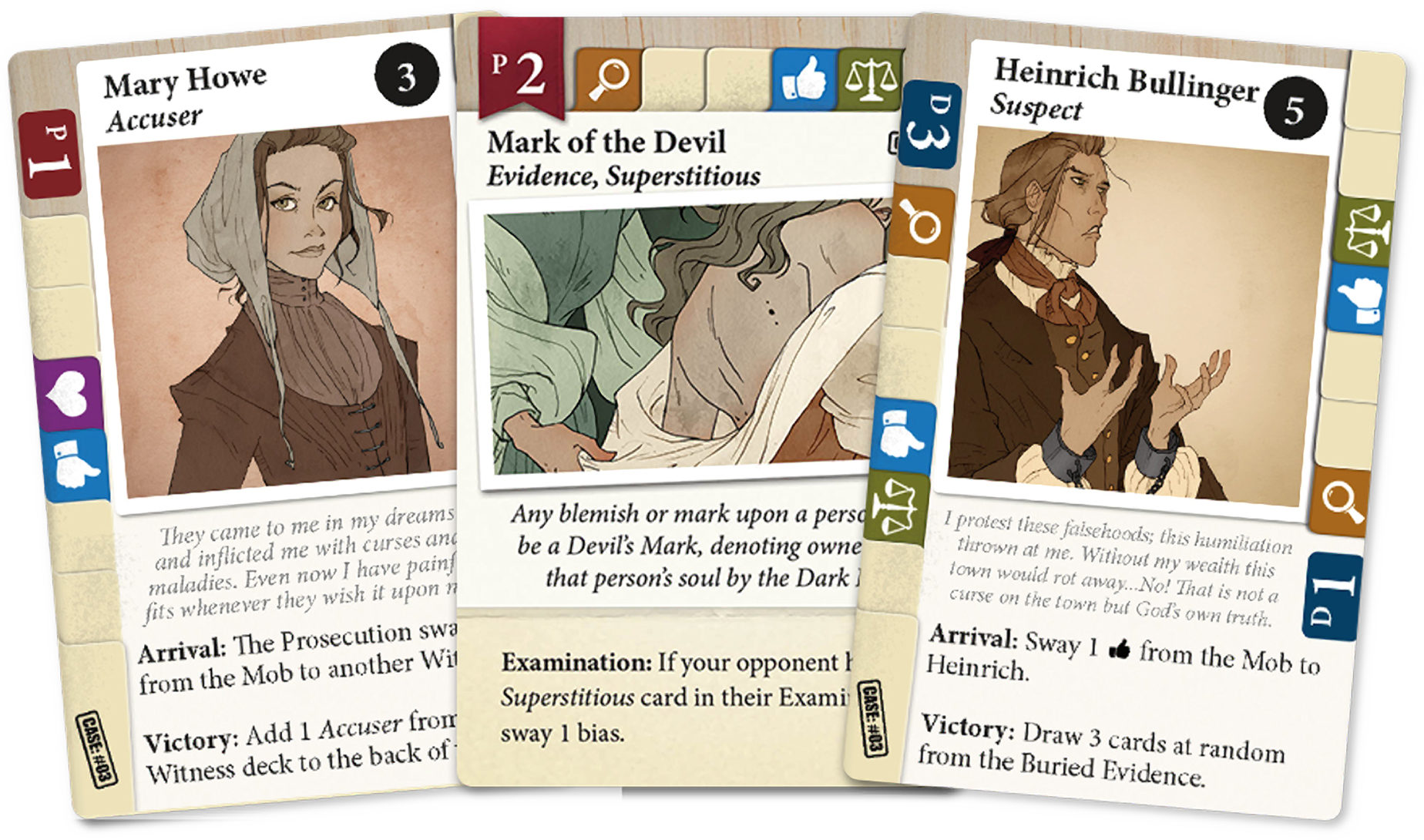