Between a rock and… some trees?

The Kodama series of games from publisher Indie Boards & Cards has slowly and steadily grown over the past few years. From the original Kodama: The Tree Spirits, which saw players laying down cards to grow trees with twisting branches, to the flip-and-fill route-building game Kokoro: Avenue of the Kodama and this year’s Kodama 3D, which came with cardboard trees that sprouted from players’ tables, there are now multiple ways to explore their shared magical setting populated by cute critters.

Kodama Forest is the latest addition to the collection. A Tetris-like tile-laying game, it tasks you and your opponents with placing a variety of tricky shapes onto square-grid player boards while aiming to fill space as efficiently as possible and leave as few squares as possible unoccupied by the end of the game.

Tetris-style games aren’t exactly in short supply, but there’s a twist. Rather than focussing on a single personal board, you’ll need to work in collaboration with the players to your left and right, collectively choosing which tiles to place in which locations. At the end of the game you’ll combine your scores on both boards to determine the winner.

It’s an approach that will be familiar to anyone who’s played the 2015 city-builder Between Two Cities or the 2018 follow-up Between Two Castles of Mad King Ludwig. The problem is, it doesn’t do much that’s particularly new or interesting with the concept.

Your tiles come with different natural features printed on them: swamps, flowers and bamboo patches. Link them up in coherent ways and you’ll earn extra bonus tiles to add to your board, letting you fill more space and gain an edge over your opponents. But really, that’s about it.

There are double-sided boards to offer a higher or lower degree of challenge, a solo mode that simply consists of playing the game repeatedly and trying to beat your highest score every time, and co-op and competitive two player setups. Of these, the competitive option proves the most engaging as it challenges you to play tiles in ways that help you more than your rival/partner, but it’s not enough to dispel the feeling that the game doesn’t offer much to sink your teeth into. Bizarrely, it also comes with a 14+ age rating on its box. This feels much more like a game for kids and families—the rulebook itself even says as much.

If you’re in the market for a game with a finely balanced blend of competition and cooperation, Between Two Cities is a richer and more rewarding option which doesn’t come with very much more complexity. If you’re looking for something to scratch a puzzle-solving Tetris itch, you’re already spoiled for choice. Copenhagen, by Danish designers Asger Harding Granerud and Daniel Skjold Pedersen, is an excellent option if you’re looking for something with a similar level of family-friendly accessibility. With both of them already out there, Kodama Forest ends up feeling decidedly lost in the woods. 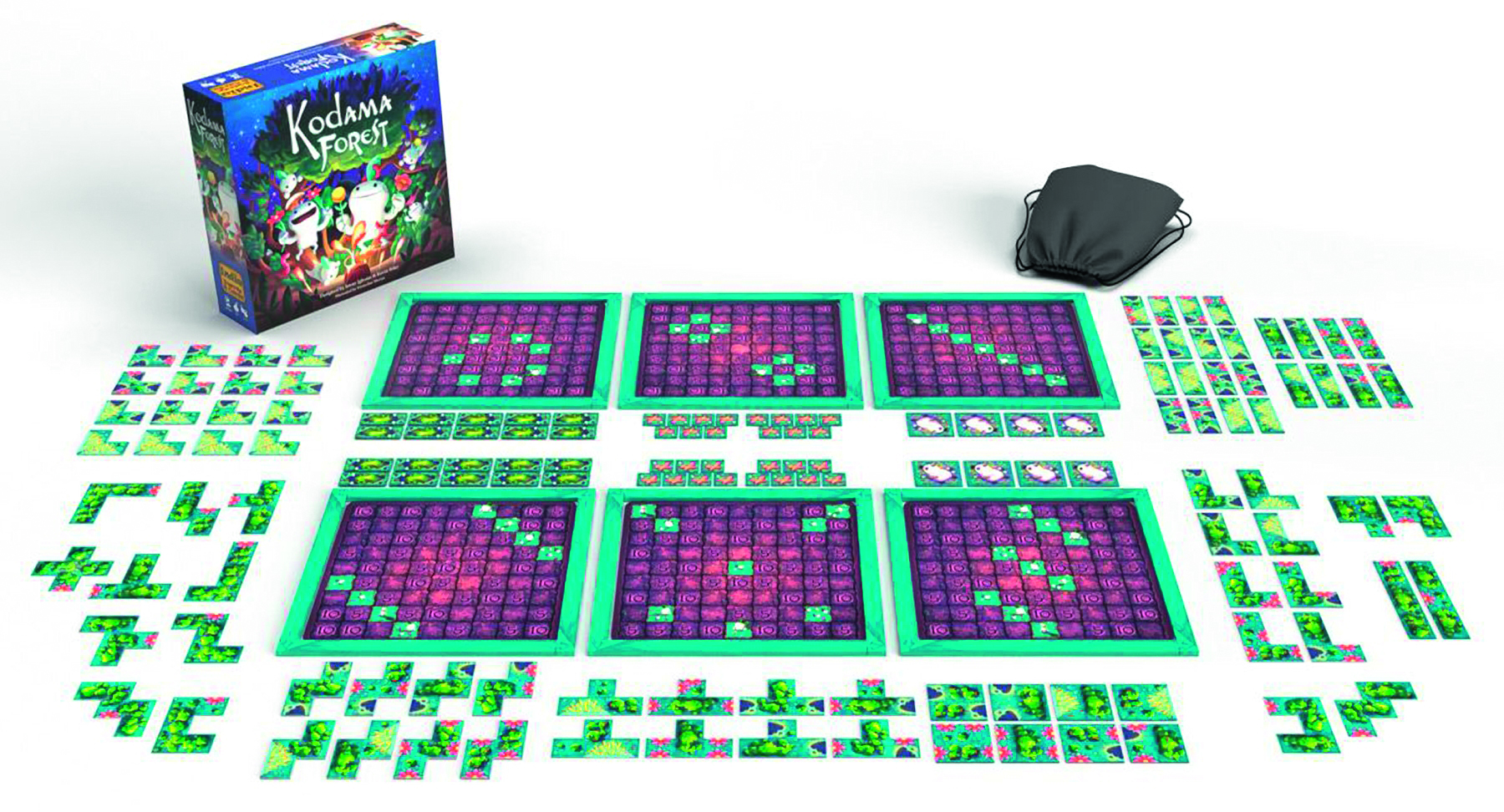 In a forest of games that do what Kodama Forest does, it’s very hard not to simply see it as dead wood.

TRY THIS IF YOU LIKED BETWEEN TWO CITIES...

If you’re looking for a lighter option, it might have its place.