Games based on smartphone games, or indeed, any high-attention-demanding digital games (looking at MOBAs like League of Legends, or MMPORGs like World of Warcraft) are usually unboxed with a certain amount of trepidation. This isn’t necessarily inherent snobbishness, but that these games contain such a high amount of social engineering in them to keep you hooked, that it’s hard to think about what’s going to be retained when the game goes cardboard. Will there be microtransactions? An advert with the close button obscured?

Kingdom Rush, based on the app of the same name, is a really good punt at the idea. It’s a tower defence game where you repel buckets of enemies as they travel down a path towards your base. In this analogue version there’s a mix of polyomino-placement, deck building, and (at least for your first few games) getting beaten. 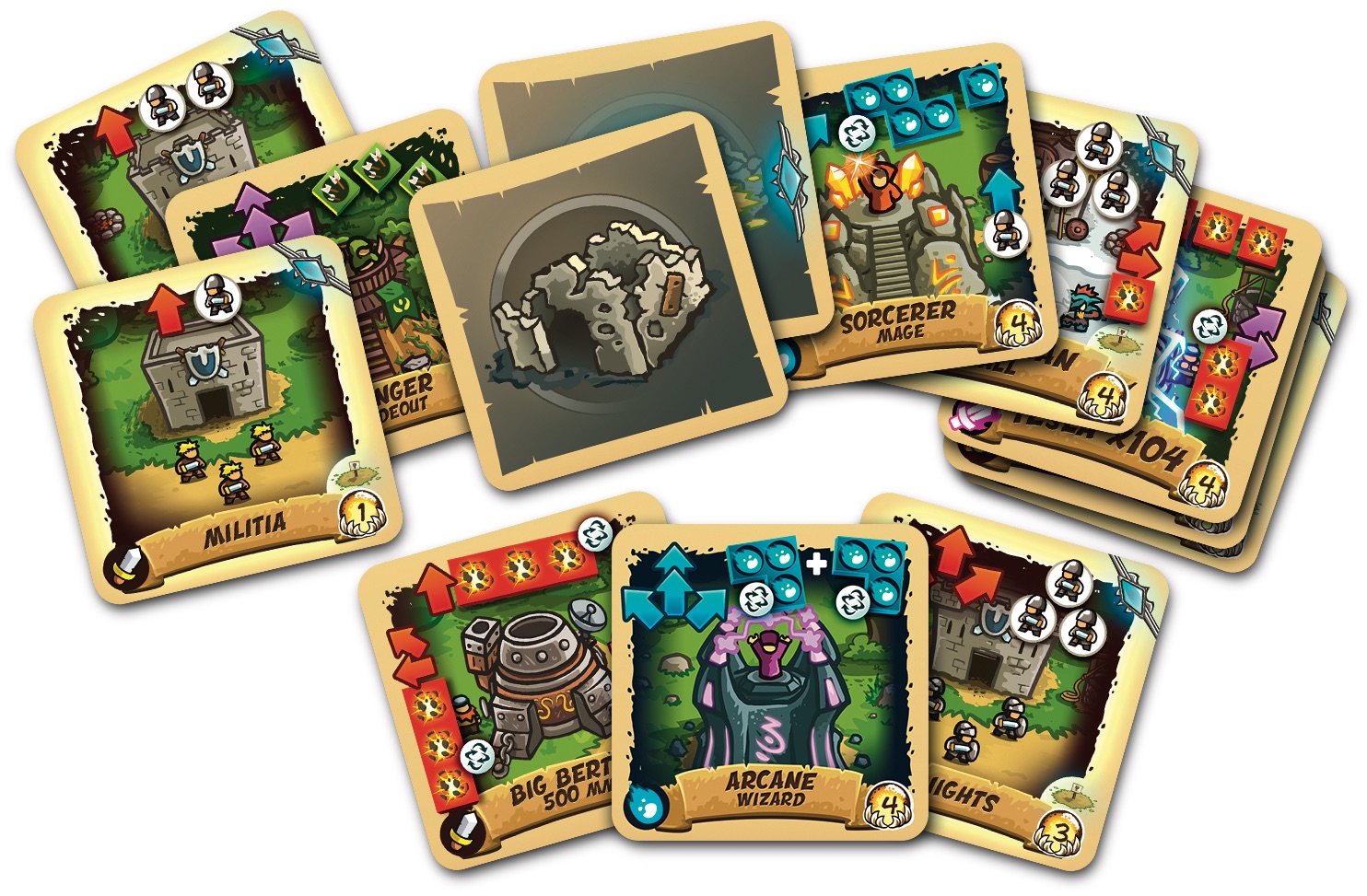 Players take a character, and set up the board as per the scenario. This sets out the pathway on which the enemies will be marching, and the various character-coloured building slots around it. Here players will be playing their tower cards, and placing any damage tokens on the marching armies they can reach. These damage tokens are our tetris-ish pieces, and our goal is to cover each of the displayed enemies on a tile – some  quicker than others, as if special powers are still visible when it comes to the enemy round, they’ll activate.

Managing these powered up enemies is one of the tougher parts of the game, and in the solo mode, where the player is asked to pick one colour of building location not to use, the puzzle becomes very tricky very fast. It feels like playing analogue Tetris, with the level turned up to 99 immediately. Player powers can help, as do the back-up heroes players can use in the solo mode, but it does feel like you’ve sprinted into a burning building only to realise your water pistol isn’t quite going to cut it.

And that’s all a positive for Kingdom Rush – even the rules, which look imposing at the start can be quickly distilled from a glance at the scenario book. The only thing to hold against the game, as a matter of personal taste, is the chunky, chibi, smartphone game style doesn’t excite me particularly. If you can get past that, or indeed, if you enjoy it, Kingdom Rush might be a great one to install into your collection.

Probably the best implementation of ‘smartphone game gone analogue’ we’ve seen. If the amassing threat of a conveyor belt of death getting stuck on your characters like oversized holiday luggage on the collection carrousel, then get a rush on.

TRY THIS IF YOU LIKED Planet Apocalypse… 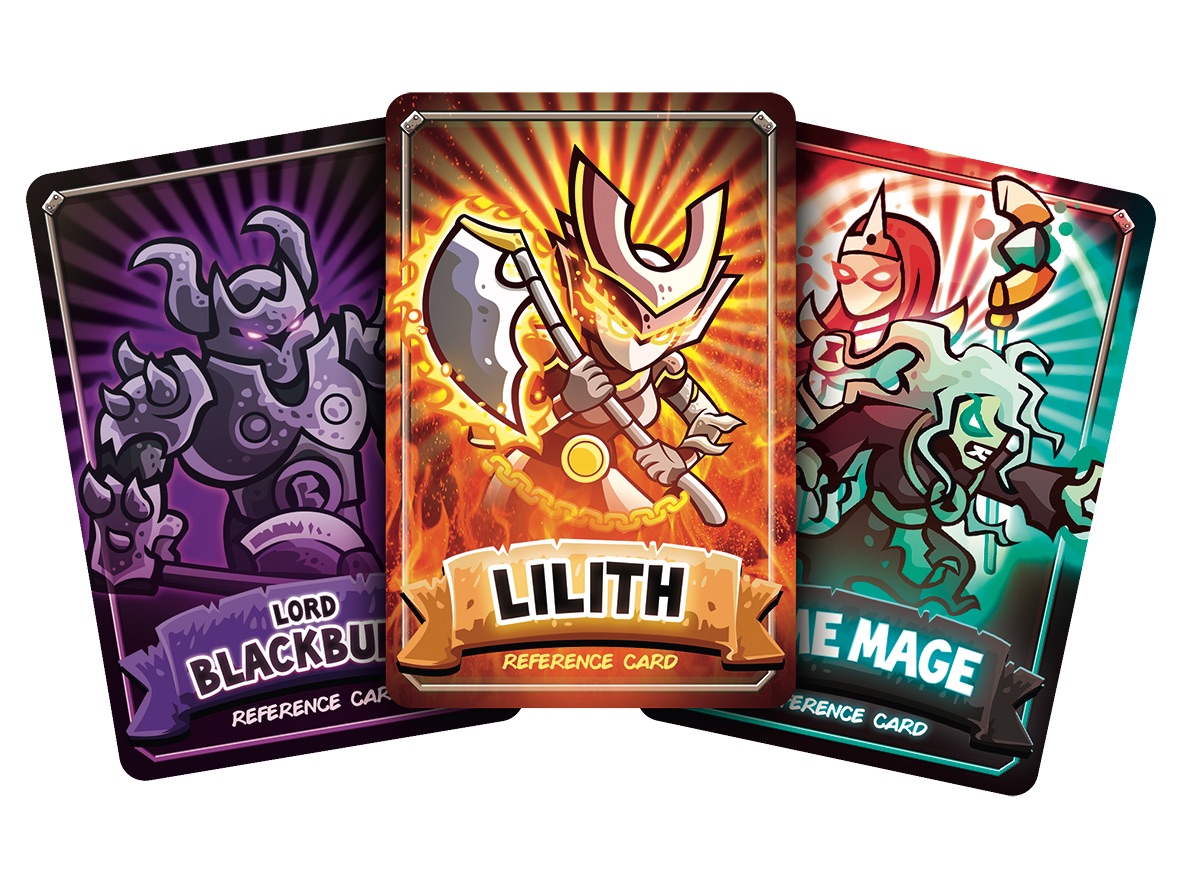 Much like the latest Sandy Petersen game, Kingdom Rush offers the rising threat and pressure of enemy hordes marching towards you, albeit without the many-faced-horrors of Planet Apocalypse.