Life in the Jurassic period was refreshingly simple; you either ate things, or you were eaten. Jurassic Snack neatly encapsulated this food chain relationship in a quick, simple and kid-friendly two-player abstract game. But while it boasts fast turns, a short playing time and some gorgeous plastic dinosaur figures, it suffers from frustrating elements of randomness that strip it of any real tactical depth.

The game sees you and your opponent control lumbering herds of diplodocuses. As you play you’ll aim to consume more tasty and nutritious grass than your rival, cleverly manoeuvring your dinos to snatch food tiles while also blocking your opponent’s path and keeping them cruelly separated from their dinner.

To make things more interesting–and hazardous–you’ll also control a pair of vicious tyrannosauruses looking to chow down on both players’ herds. As this is a children’s game, they won’t actually rend their flesh with big, sharp, pointy teeth and leave their still-steaming carcasses lying in the undergrowth. Instead, they’ll frighten the understandably skittish plant eaters, causing them to flee the board. To win you’ll need to either consume more grass than your opponent or be the only player with any dinosaurs left in the game.

It’s a solid tactical foundation that requires a keen eye to spot chances to grab a grass token or dispatch a rival diplodocus. But Jurassic Snack seriously shoots itself in the foot by introducing some wildly unpredictable elements that make cunning plans and careful multi-move setups all but impossible. 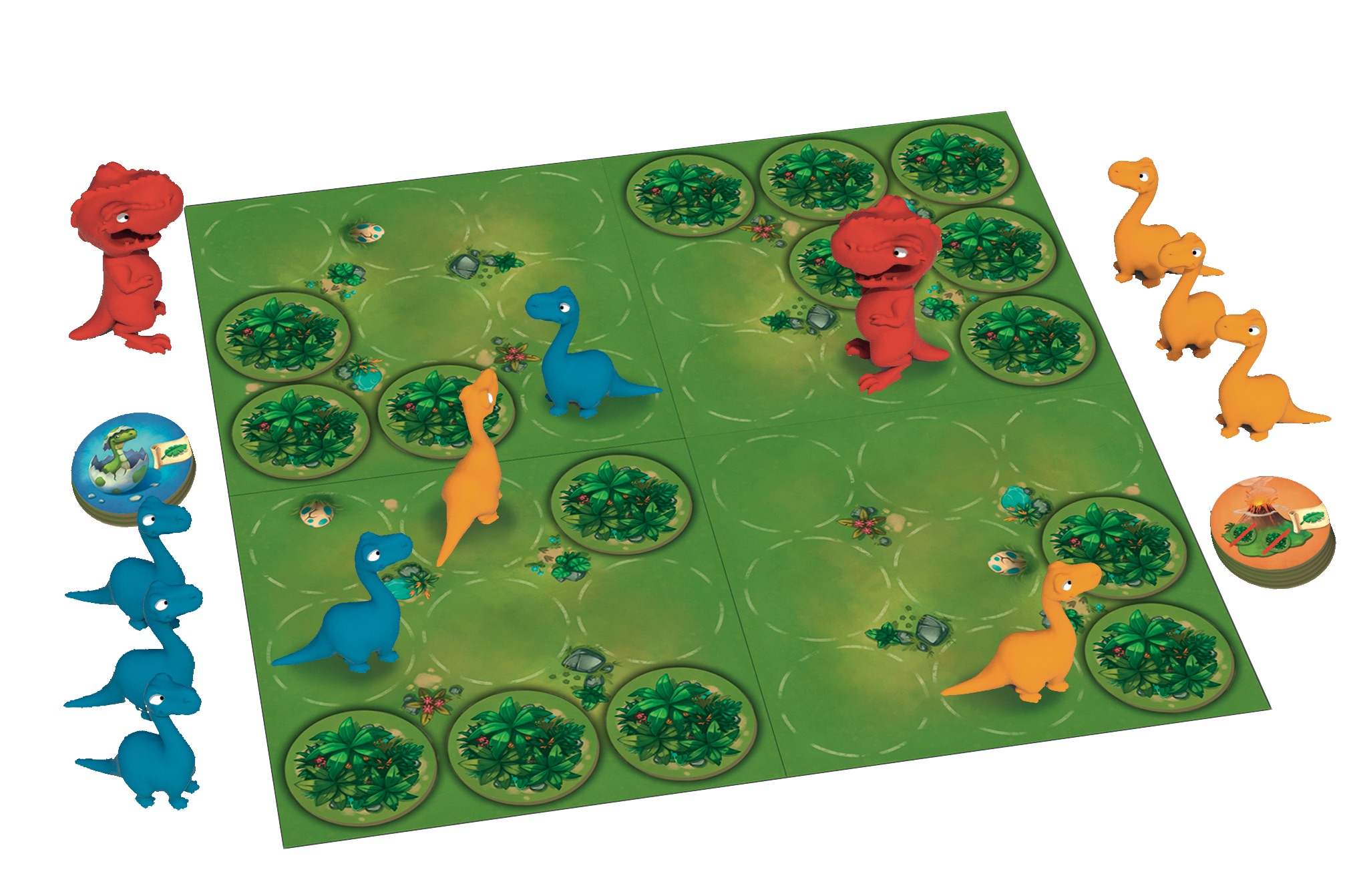 Whenever you claim a grass token, you’ll turn it over to reveal a special effect. Some grant you extra points, others let you move dinosaurs around the board ignoring the usual placement rules. It means that you can arbitrarily find yourself at a sudden disadvantage as the other player lucks out and manages to grab a piece of grass that you had blocked them from reaching, or to remove one of your dinosaurs that ought to have been safe. The result is that the game feels almost entirely reactive–all about how you respond to situations rather than thinking two or three turns ahead.

It’s a shame, because in other respects there’s a lot to like. Its plastic dinosaur minis, particularly, are a pure delight: cuddle-worthy, adorable cartoonish figures that would look just as at-home in a toybox as on your game shelf. With two simple actions per turn, it also flows quickly and never taxes young players’ attention spans. But by throwing a succession of unpredictable annoyances in your path it manages to strip away much of its depth. Imagine playing a symmetrically balanced abstract game like draughts or chess or Blokus, but with pieces that shifted or blinked out of existence at inopportune moments.

For young kids, this can be a double-edged sword. If fortune favours them and they end up with an advantage over an adult opponent, it can help to even the playing field. If, on the other hand, they lose an unfair game, well, prepare for a T-Rex-sized tantrum.

Jurassic Snack comes with the same kind of blocking and positioning, but its random elements sorely detract from its tactical appeal.