I enjoy heavy, table hogging games as much as the next tabletop fanatic, but there’s something special about short games. Being able to unpack, teach, play and tidy in less than an hour immediately interests me, especially when the game has an evocative theme and looks amazing.  Jurassic Parts comfortably hits every one of these targets.

As well as being a great name, Jurassic Parts is an area control game for 2-5 players. Each player is a palaeontologist armed to the teeth with chisels, which you’ll use to slice up “The Slab,” the communal dig site made up of hexagonal fossil tiles. Each turn you get three sharpened chisels to help carve out your own section. Once the slab has a complete break, you’ll get your pick from half of the fossils in the smaller section, with the rest going to the field leader. Completing fossils will earn you amber, which can be spent for extra digging potential or to buy fossils from the leader, with the overall winner being whoever amasses the most impressive collection.

Where the game heats up is that dig sites aren’t exclusive. If multiple players contribute to a chunk, everyone gets their share of the bones, with whoever contributed most getting the bigger share and first pick. Cunning players will be able to strategically snatch away a dig just as it’s about to be completed, or drop a single chisel so that they can get even the smallest advantage by literally picking at the bones of what’s left.

The Slab is always random, with half the fossils being visible and the rest flipped face down, revealed only once unearthed. Bigger dinosaurs are worth more but are also less frequent, so only going for face up fossils isn’t sustainable. What’s more, each tile has one or two rocks printed on its sides, which cost you an additional chisel to break through. Face down tiles have less rocks, so choosing to risk random bones can often be lucrative.

Players always have opportunities on their turns. Being able to grab an extra two chisels or have two chisels ignore rocks at the cost of an amber lets you leap ahead to finish off a dig. The game balances this by increasing the cost of consecutive field leader actions in a single turn, making the choice of when to spend your amber an interesting decision too.

That being said, it’s ironic that for a game about excavation, the challenge is often surface level. It’s exciting to flip over tiles and discover what you’ve uncovered, but your strategic options are always limited to reacting to what’s happening over long term planning, whilst the player who often digs up the most fossils often being the overall winner, incidentally, completing collections over focusing one or two bigger sets. Some extra intrigue comes from optional item cards that give players a secret power boost, but rarely will they snatch away victory, which speaks to the quality game design.

Production wise the game delivers magnificently. It’s the little touches like the diversity of character art and the gorgeous ‘Mosquito in Amber’ first player marker (easily one of my favourite ever) that makes looking and playing a delight, even excusing things like minor printing errors on the player aids (something already being addressed by the designers.)

If it had a little more teeth or more ways to diversify your future games, I’d be happy to give it a Must-Play. Despite that, the game is still an absolute joy to play, that groups of all ages and gaming experience can’t help but be charmed by.

This delightful dinosaur digging game is full of charm that plays in less than an hour. Great for a quick burst of fun.

TRY THIS IF YOU LIKED Kingdomino

Another quick and cheerful game, if you liked the set collecting and “next step” planning of this feudal domino classic, you’ll love this 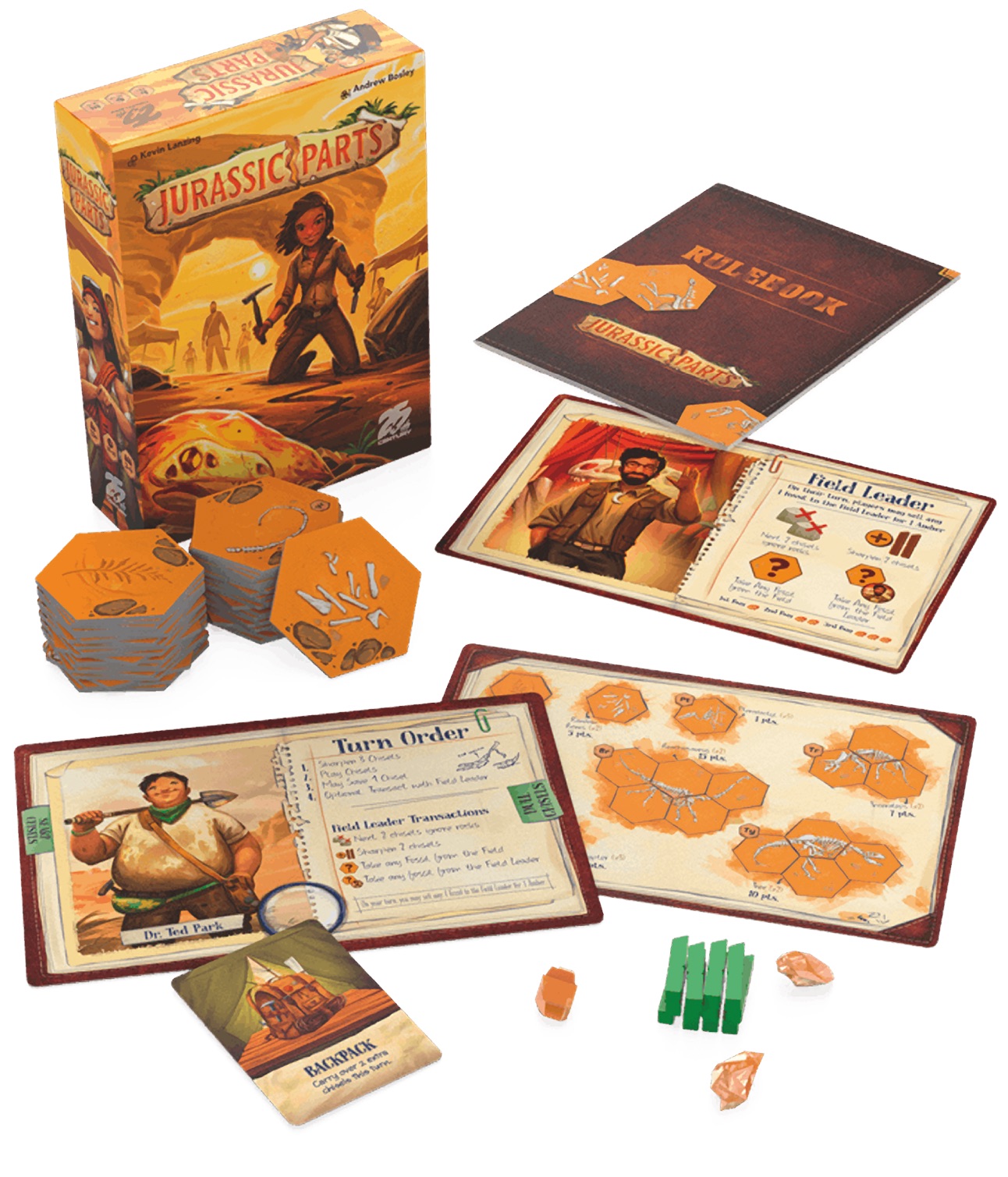