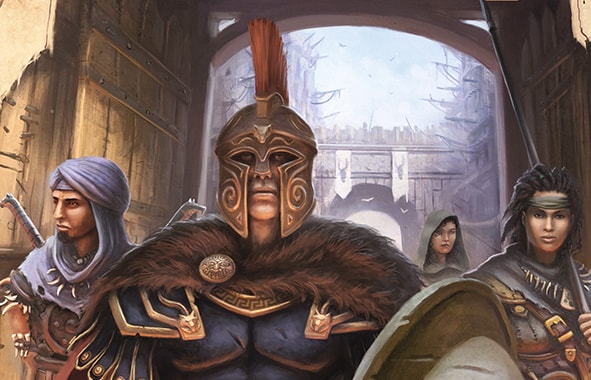 While it certainly isn’t the first game to plum the mystical bronze age for roleplaying fodder, Jackals finds a fertile, combat-heavy middle-ground between historical realism and fantastical excitement that is a joy to explore.

The compact little game is set in a hand-waved approximation of the ancient near-east, where magic and demonic monsters are a fact of daily life rather than relics of legend and story. If you’re willing to squint a bit you could approximate the human cultures to things like Mycenaean Greece and Middle Kingdom Egypt, but everything is painted in broad brush-strokes that leave plenty of room for imagination and adventure to flourish. You aren’t exploring a take on ancient Babylon as it really was, but rather the version found in The Epic of Gilgamesh.

Rather than the ordinary citizens of these hot and hazy lands, the player characters take the role of titular jackals – wanderers and mercenaries who dare to explore beyond the walls of the towns and cities. It’s a simple premise, and one that RPGs have been using since their inception, but one that makes it easy to get adventures running with minimal fuss. One session might be a dungeon-based quest to retrieve treasure from abandoned temples in the wastes, while another might be a hunt for bandits who’ve kidnapped relatives of a friendly NPC.

This is all handled by a d100 based core mechanic that will be very familiar to anyone who has played Call of Cthulhu or, appropriately enough, the bronze-age themed Runequest. Essentially, characters’ skills are rated out of 100, and if you want to use a skill successfully you need to roll under its rating. Simple enough.

In all honesty, though, that’s about the only time you could describe Jackals’ ruleset as “simple”. While it’s far from the tangled nightmare found in some titles, there are plenty of places where things are fiddly and perhaps a little awkward.

Character creation and management, for example, involves a lot of multiplying stat A by stat B, and then dividing everything by some third number. As well as this, the game’s love of derived stats means there is often a lot of mechanical distance between the attributes you pick at the start of the game and the dice rolls you make when playing.

Even when the spears start flying, you still need to keep half an eye on morale checks, manage the damage being applied to your mettle and your wounds, and keep track of your hero’s ‘clash points’ – a stockpile of martial prowess that can be spent to hit harder, dodge attacks and half a dozen other things that help you to survive in a melee.

Now, while this may sound overwhelming, none of the maths you have to do is especially tricky or confusing in a vacuum. If the GM is comfortable with the system they can probably guide new players through it in a matter of minutes, and after a couple of hours things will likely click into place and begin to flow a lot smoother. However, even when you’ve hit this pleasant plateau of familiarity, the ever-present number management can weigh down players who want to dive into roleplaying without having to devote too much brain-space to mechanics.

On the flip side of the coin, though, if you do find yourself at a table full of folks who really dig tactical combat, where careful resource management and clever plans can be just as powerful as lucky rolls, there’s a lot to enjoy about Jackals’ rules.

Indeed, this mechanics-heavy appeal stretches beyond just the battlefield. There are near-limitless ways to advance and develop your character, with a long list of powerful advanced skills to pick from as you push stats beyond the levels of ordinary humans. Spend a few weeks on a campaign and you’ll unlock a tinkerer’s paradise of synergies and strategies that will make players’ hearts soar as they pull off incredible feats and plan out heroic battles at the tabletop. 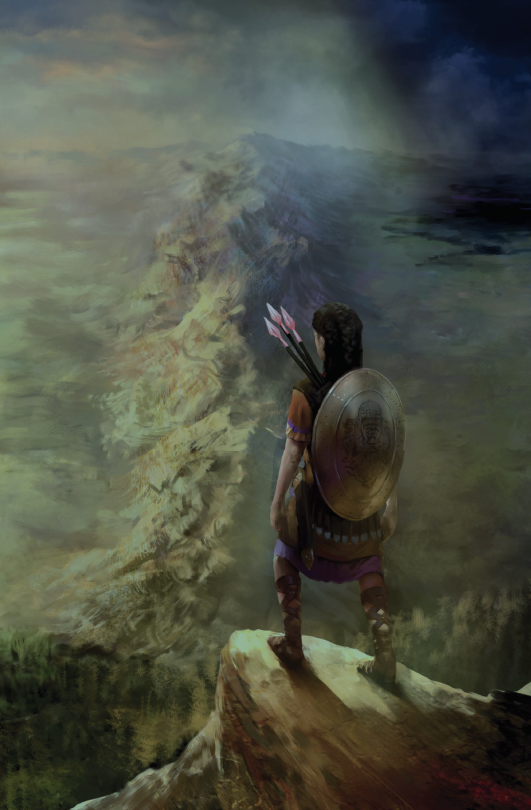 There are several things that might put players off Jackals. Some may not like the ancient setting or the lack of traditional RPG classes, while others might just not gel with the number-crunching and resource-heavy combat. However, if these aren’t sticking points for you and your table of adventurers, the game is dripping with charm and challenge in a way that somehow manages to feel distinct from the usual run of high fantasy questing.

A joyous slice of bronze-age adventure that offers plenty of tactical fun, even if it is a  little too complex for its own good

TRY THIS IF YOU LIKED Runequest: Roleplaying in Glorantha

Despite using the same base mechanic and riffs on the same ancient world, Jackals manages to feel a shade less weighty than the illustrious Runequest