Delivering on the promise of an open world campaign

Portal Games offers us another slice of somewhat cartoonified history with Imperial Settlers’ latest expansion. But this time Rise of the Empire enters the arena to make good on the promise of an open world campaign that grows each empire game by game.

Whilst it makes a few additions here and there, with changes to the rounds, inventions, quest cards, a new progression system, and the usual expansion to the rules (as you’d expect to see in, you know, an expansion), the most surprising part of Rise of the Empire is that it’s pretty brutal. You think you’re on to a winner, before quickly finding out that the build isn’t sustainable long term. Three strikes and you’re out, which means your empire crumbles and you begin again. Great, I won’t make those mistakes again… except you make new ones. And then more. That means that though the rounds are shorter, the game itself feels longer, and that level of focus required means it’s not as light in tone as its predecessors.

Gone is the fluffy fun of the original, where you can recover from mistakes, this feels like the boss-level at the end of the campaign contained in a single expansion. Certainly not impossible, but you’ll need to think about what you’re doing.

Now, whilst that sounds negative, it isn’t necessarily. If you’re a fan of Imperial Settlers, it’s a great expansion – there are new challenges, quests, goals, actions, stack of cards, and it requires more from you. There’s more of the mechanics that made the original so much fun in the first place, and you’ll be strategizing impressively throughout. So sure, it takes a long time to play, and it’s challenging, but is it fun? Yes. 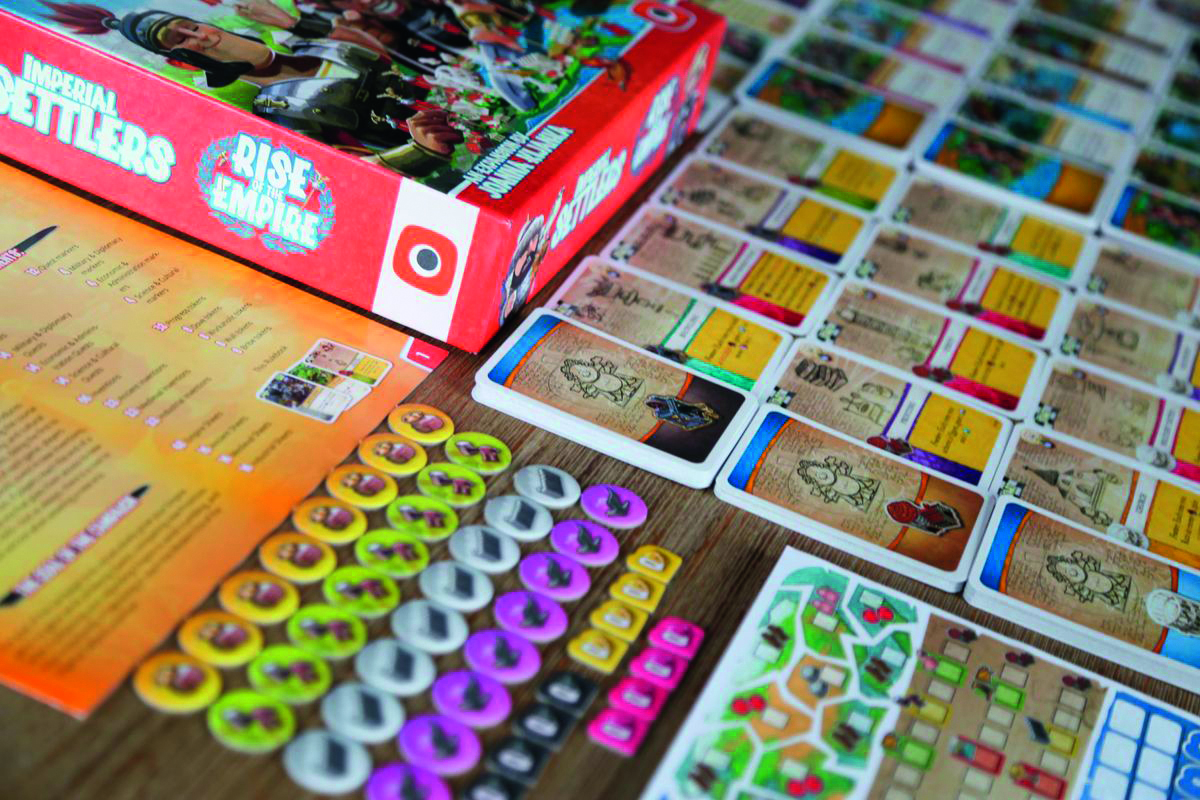