Despite its name, fantasy roleplaying can be a bit predictable, cultists, old gods, pointy eared people with a superior affect. Orcs. It’s one of the reasons we like it, but when you’re offered a smattering of starting characters who are unusually undead, altered and alien, or strangely beastly you’re usually going to start listening. Hypertellurians is a light-ish RPG rulebook that packs a cosmically aligned punch.

A great deal of the book is given over to character archetypes with loads of weird and wonderful powers. All of this leads to a player-focused roleplaying experience, where the story is really driven by what players are, as much as what they’re doing or where they’re headed.

‘Wonder’ is the name of the game however. It is the currency of advancement, and generally getting out of tricky situations. It’s dished out by the GM like sweets for experiencing or observing cool stuff. See a giant fall and burst into a teeming, living, forest as it expires? That’s some wonder. Players can spend their shared wonder to reroll, achieve unusually tricky actions, or even just get a bit of ‘inspiration’ from the GM. 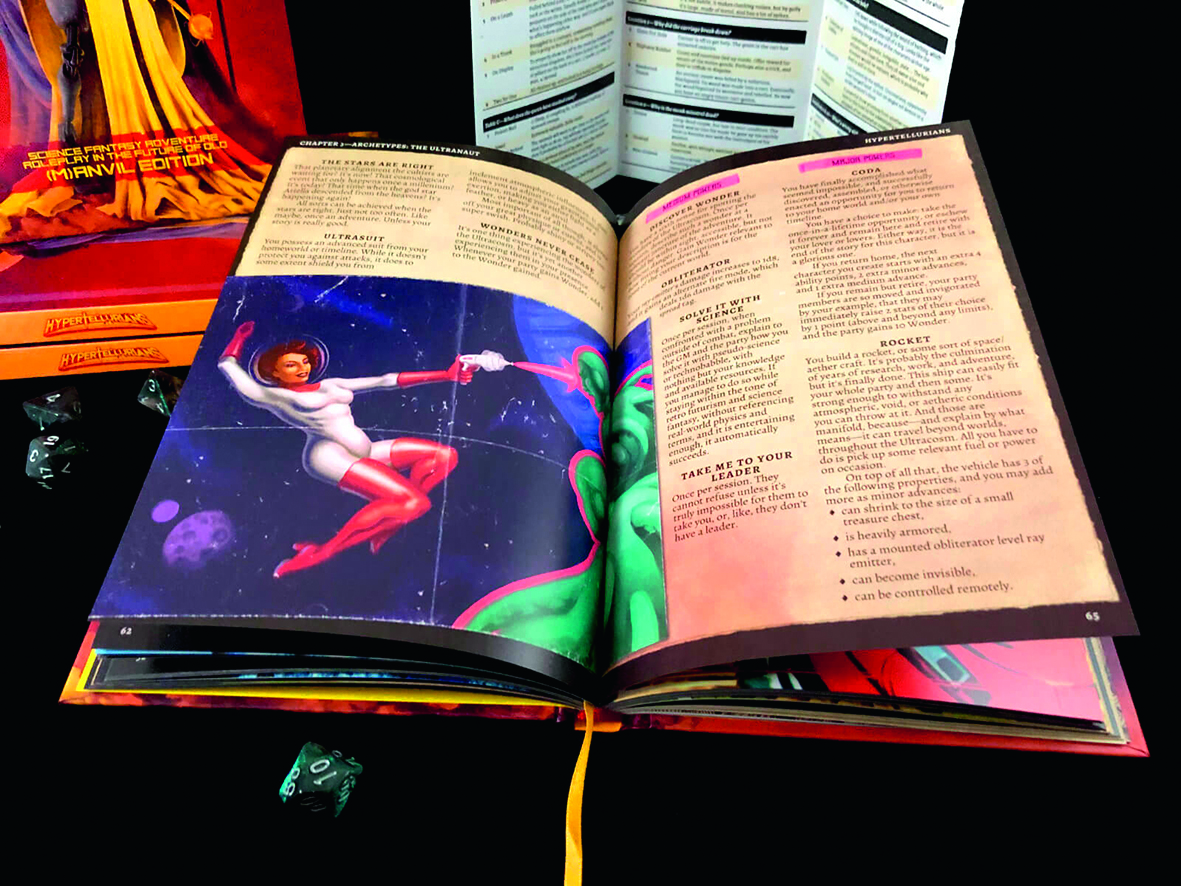 As a tool for a GM this is where the system leverages itself best, as it’s all well and good to say ‘you’re a cursed skeleton that’s half fish and has to drag itself around noisily’, but getting players into a situation where they are exploring the ‘sci-fi fantasy’ of the ‘future of old’ for it’s very weirdest parts would be difficult without it.

Despite this, the book was missing a bit of setting, place, and background for us to hook on to as a GM. We could have done with more flavour outside the characters, and the lack of a more extensive list of weird monsters with stats meant a little more work at the start working out what’s fair to throw at level one players. The included adventure helps but is a little intricate for a first adventure in a system.

It hardly matters of course. When everyone is straining towards finding the strangest and oddest things in the ultracosm, the narrative escalates quickly to the absurd and obscene in the best possible way. A strong recommendation for those looking for wild adventures.