This isn’t poker as you know it

Glorified on celluloid by the likes of James Bond and Steve McQueen, the game of poker is one of the most romanticised and popular card games around. But the designers of the bar-room brawl themed Half-Pint Heroes are bluffing. This isn’t poker as you know it – it’s a trick-taking game.

This merging of styles is the real kicker of Half-Pint Heroes, and thankfully it works. Each of the game’s ten rounds will see players forming as many poker sets (tricks) as they can from both their hand and the Texas Hold’em style community cards. In the same vein as trick taking games such as Spades, players will first predict how many sets they are likely to win, scoring bonus points for correct guesses. Following that, bets can be made against the predictions of others – using Half-Pint Heroes satisfyingly chunky weighted betting chips. Taking turns playing at least one card, players’ sets will be evaluated, with the highest-ranking poker hand scoring winning the trick.

Half-Pint Heroes’ use of poker hands as tricks works surprisingly well and is kept interesting by each round’s unique set up. The amount of community cards on offer, as well as the size of players’ hands, is ever fluctuating, with the first dealt card determining the number of both. This brings a level of excitement and unpredictability to each round, as both large and small hands alter how cautiously players make their bets and predictions. The game can also be applauded for its unique card design, featuring playful illustrations of recognisable (albeit inebriated) stars of film, music, and even game design.

Admittedly, it’s not consistently exciting, and games do tend to overstay their welcome by a few rounds, but Half-Pint Heroes accessible merging of genres is an enticing gamble that generally pays off. 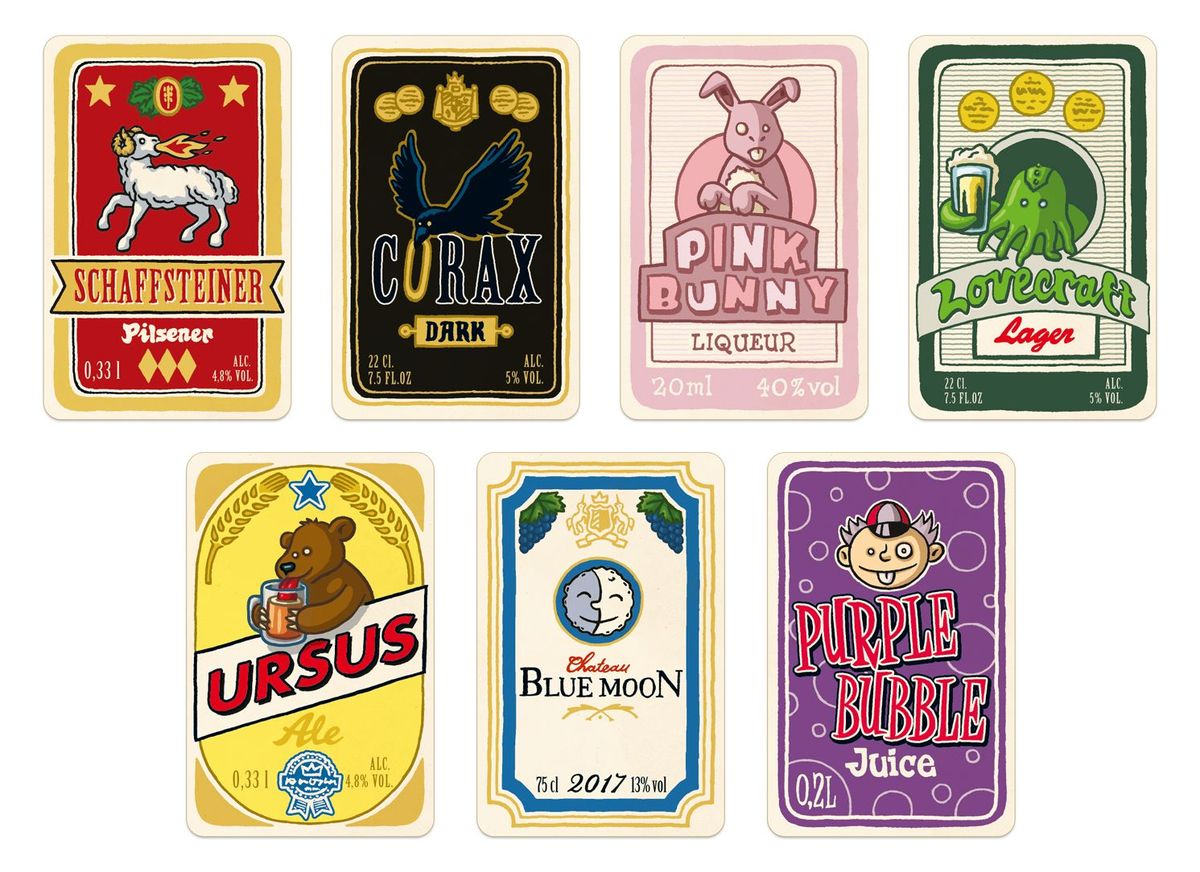