Gang Up and Level Up

What would it be like to actually run an adventurer’s guild? Who would you recruit? Would you specialise in sneaky types or spellcasters, or try to fill all the different, ‘classic’ party roles? What kind of quests would you send your heroes on? Most importantly, how much would you spend on furnishing a bar for them, so they can kick back and enjoy a lovely drink at the end of a hard day’s questing?

As you might have guessed from the title, Guild Master is all about answering those questions, with the added wrinkle of placing your gang in competition with every other guild in the land. So while there is the need to focus on building your own engine – via heroic recruits and upgrades to your guild hall – and managing your resources (both financial and human) to achieve the most fame over nine rounds, you must also pay heed to your opponents’ schemes and intentions, with many opportunities to clash, disrupt or perhaps form alliances.

Despite its numerous components and potentially off-putting, table-hogging lay-out — with screens, various tokens, multiple card decks and two boards per player, as well as the central board — Guild Master benefits from having a simple play-structure at its heart. Each round, you put up your screen and carefully plan what your team’s going to do, assigning different combos of adventurers to different orders depending on their relative skillsets. All the players do this simultaneously, so this is the part where silence falls across the table, with a good chance there’ll be some watch-tapping as everyone waits for someone stricken by analysis paralysis (especially late in the game).

Then the orders are revealed and resolved. First, builders are hired to improve your hall. Then new adventurer recruits are bid for. And finally contracts (i.e. quests), set out face-up on the board, are fulfilled, by rolling a number of dice equal to your assigned team’s total relevant skill score and matching or beating a target total. However, if it turns out another player or players have gone for the same thing on the same order, you have to duke it out. With builders, it’s a contested skill roll. With recruitment, highest bid wins. With the contracts, you either fight, or strike a deal and team up. Sometimes allying with your rivals on a particular quest provides a better reward relative to the risk, and though most players will start out thinking they’d never resort to doing such a thing, by the end you’ll be negotiating deals left right and centre in the face of escalating threats and competition.

So once you get past that thinky, planning bit, each round involves a lot of lively interaction, with the game’s take-that elements never feeling too nasty. Most of the lower-level contracts are a little too easy, especially with the dice mitigation mechanisms brought in by the guild upgrades, but at least that helps with any frustration management.

Guild Master is an entertaining and engaging title, which you can imagine working with any professional theme (construction, military, trade), so it really deserves to draw in players who might otherwise be turned off by its fantasy styling. And it looks great too, with some great, progressive character art. It’s well worth considering joining up with this gang. 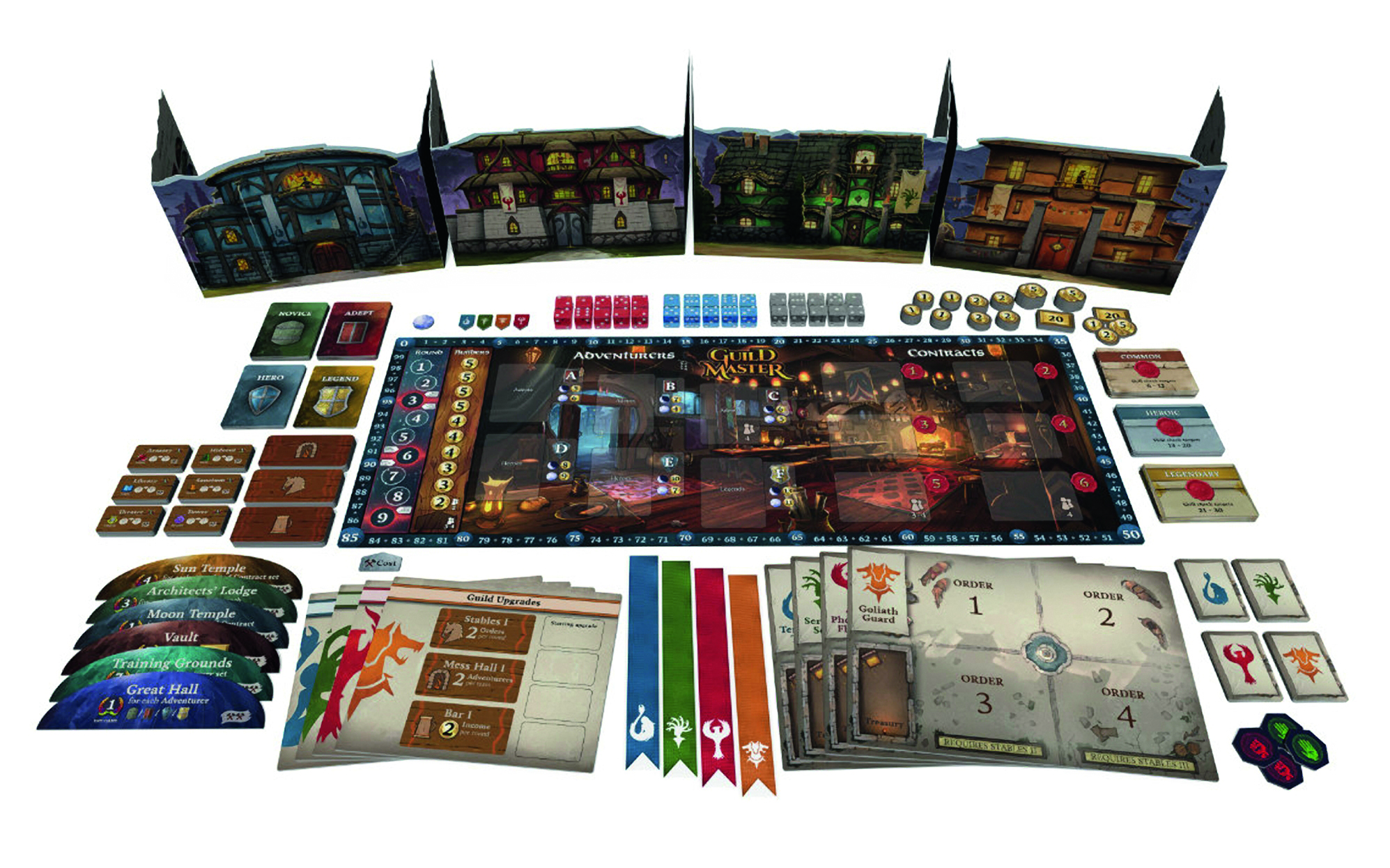 Best enjoyed with three or four players, it’s a game with a simple core that soon has a lot going on, both mechanically and socially.

TRY THIS IF YOU LIKED BARGAIN QUEST