As sure as Maximus was about having his vengeance (in this life or the next), this gladiator-themed trick-taker is one of the most gorgeous card games you’ll lay on your table this year.

Or should that be gore-geous? Star illustrator Kwanchai Moriya’s vivid, cartoony artwork doesn’t hold back on viscera-spraying depictions of violence – there’s even a brain-eating ostrich. It’s so eye-grabbing, it’s almost a shame Gorus Maximus' swift gameplay doesn’t allow you to hold onto each card for longer.

Despite the blood-and-sand-y dressing, this is really a quick, straightforward trick-taking game that could have worked with any theme. It was Moriya, in fact, who suggested gladiators, because he wanted to have fun drawing them (and clearly did); Canadian designer Conor McGoey had originally devised the game with a regular set of cards while on holiday with his wife a decade before.

It works and plays well, twisting the mechanic with a trump-changing device whereby the leading suit, or ‘school’, can switch when a matching number is played, representing a crowd-favoured gladiator being challenged by a new contender.

McGoey’s points system allows for some neat strategies, the 0 card being worth five points if you manage to end the round with its school as the 'preferred' one (i.e. trump) and the 8 card inflicting a potentially crippling minus-four points at tally time, making it a great take-that against the bout-winner.

After each round, the player with the most points takes a crowd favour token. The first to three tokens wins. It’s as simple as that. It is quick, easy, engaging and fun, but lacks the depth of the similar Tournament at Camelot or the innovation of the theme-sharing Gladiatores (whose release we still eagerly await). Gorus Maximus’ greatest strength is its looks. And as we know, they can go a long way. 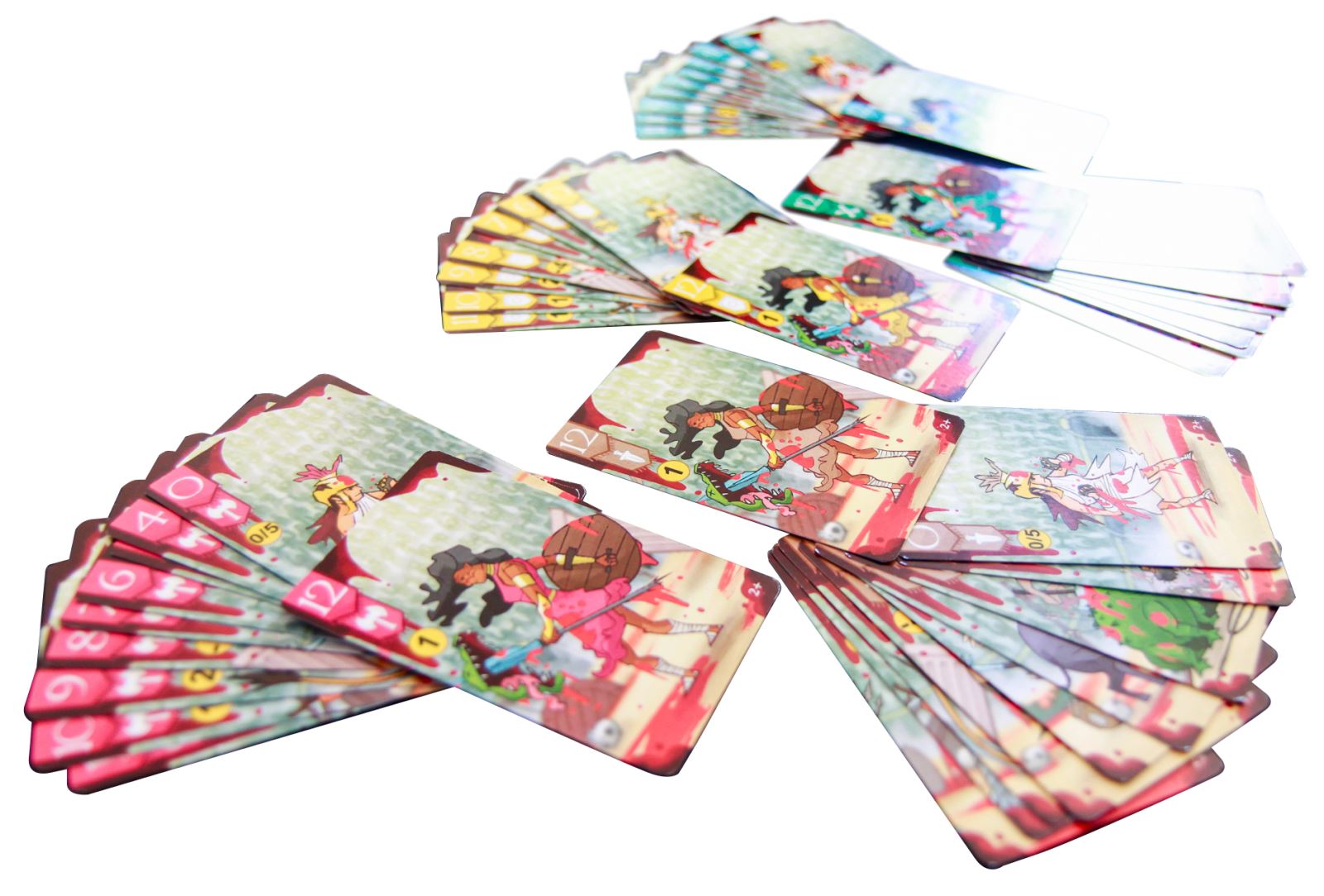