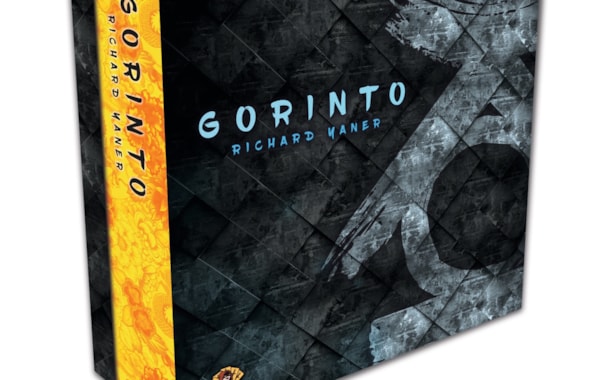 The antithesis of zen… in a good way

Sometimes, we humans are such simple creatures. Give us a cloth bag stuffed with chunky tiles and we’ll be content with the comforting clickety-clack of plastic on plastic. Go one step further and give us interlocking, stackable tiles and we’re set for at least an evening. It’s entirely possible that designer Richard Yaner was aware of this during last year’s Kickstarter campaign and has thus gifted us with Gorinto.

Thematically players are gathering the energy of the five elements to place in their Gorinto (a Buddhist pagoda) as they strive to achieve balance and harmony. In the process elements will be moving from the ‘path’ to the ‘mountain’ where more elements can be gathered, whilst the game’s thematic verisimilitude gradually dwindles. 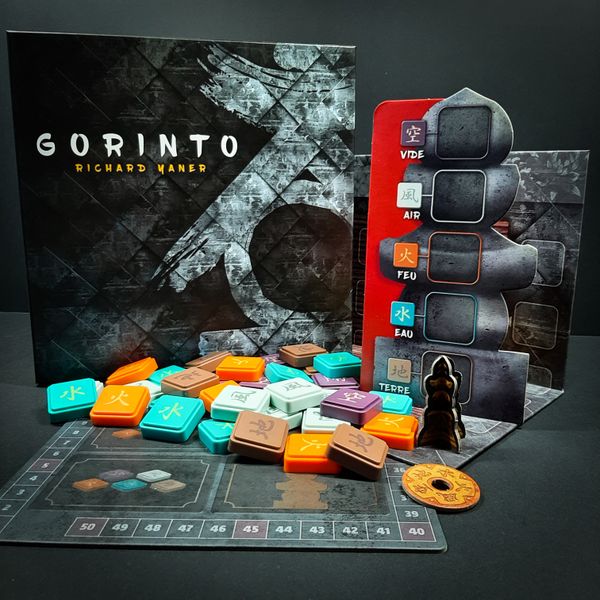 Players are given variable goals at the beginning of each game: two will yield points at the end of each of the four seasons for meeting particular criteria, whilst the others will score for every tile of a particular element at the game’s end. From here it’s a case of simply choosing a tile from the ‘path’ and moving it across or down the ‘mountain’ as far as needed. Depending on the element type used, the tile will gather up other tiles around it based on various patterns. Some collect orthogonally or diagonally with others working with rows, columns, or stacks.

This alone is a satisfying mechanic demanding quick thinking and a keen eye when deciding on the optimum pattern needed to hoover up certain tiles. But, Yaner adds to this conundrum though through the concept of ‘understanding’. Essentially this equates to how the number of tiles of a particular colour currently standing in a pagoda plus one determines how many tiles must be taken at a time. I emphasise must here purely due to the fact that often this works against you. Certain goal cards might reward points for your highest stack and any matching stacks, encouraging players to strive for symmetry – but the lack of flexibility given to gathering tiles is always looking to put you off balance.

Consequently – and perhaps incongruously given Gorinto’s calm, Buddhist theme – this is a game of intense, considered precision. Players must be ever-mindful of the engines they are building as each tier of their tower grows, and engage in a dynamic balancing act to maximise each round of scoring.

Whilst this is all plays out in a notably solitary manner, with interaction arising only in the form of someone taking the tile you need or slightly altering the state of the ‘mountain’, most people will be happy simply playing with these pleasingly tactile tiles between turns. It’s worth noting though that once back in the bag, the tiles do have a habit of involuntary sticking together, making setup a bit of a chore. Furthermore, there is a slightly jarring clash of aesthetics between the colourful tiles and stark black board - rendering a subtle floral design hardly noticeable - but on the whole, the table presence is admirable.

Ultimately, Gorinto’s generous dashes of tactical depth make for an engrossing abstract exercise, proudly displaying the effort and care undoubtably poured into its design. Higher player counts work well – and there’s even a solidly put together solo mode – but a head-to-head duel perhaps offers the most enlightening experience. 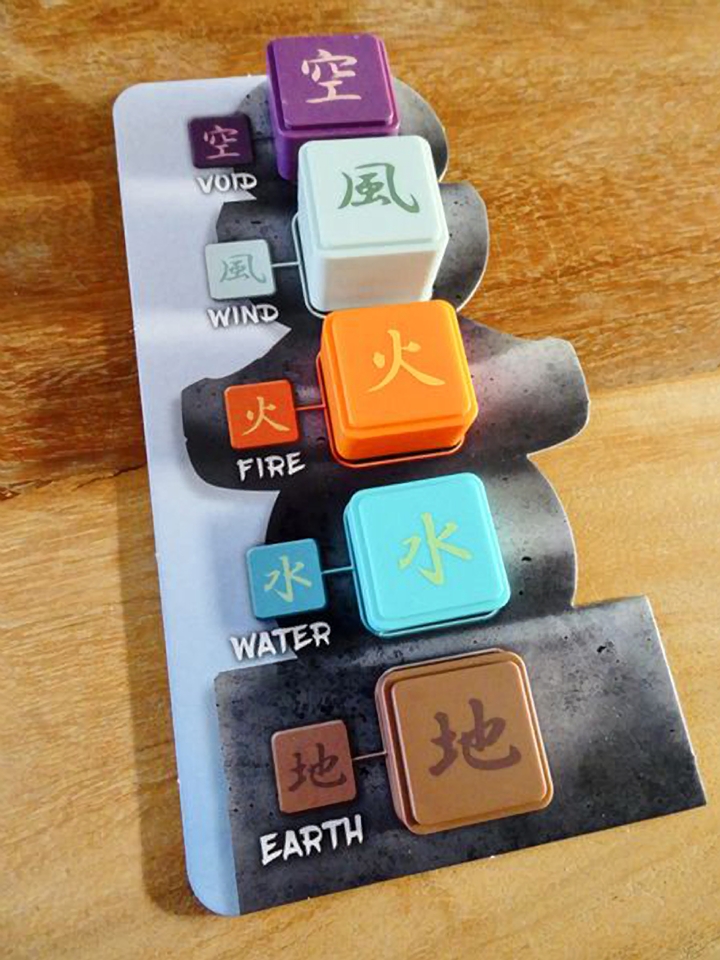 A pleasingly tactile and addictively challenging slice of abstract tile-laying

A worthy alternative to the king of satisfyingly chunky tile games.