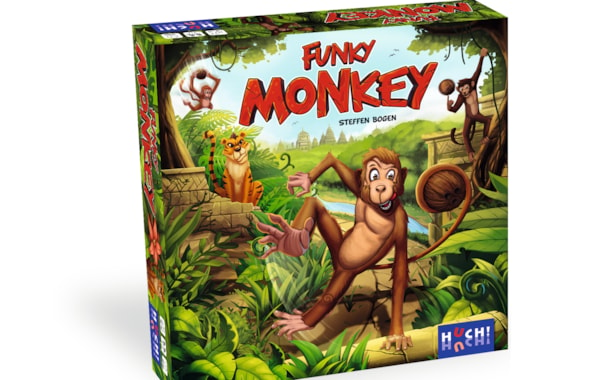 Ultimately, it won’t be for everyone, but...

Funky Monkey gives players one of the most bizarre requirements to winning I’ve seen in recent times. Essentially, in a rude disruption to jungle hierarchy, these pesky primates will be racing to clamber atop an unsuspecting tiger before smashing a coconut upon its cranium. Honestly, these guys deserve to be eaten if you ask me.

The key mechanics here are of card play and bluffing. Each player is dealt a randomised hand of five movement cards with values ranging between one and four, with no more being dealt for the remainder of the game. But there’s a twist – cards can only be played upon other players.

On their turn, a player can decide to either state the true value depicted on the card and receive a bonus action, or lie. At this point the card can be taken by the targeted opponent or continue to be passed around the table. Whoever finally reveals the card will move the indicated number of spaces before resolving the action they land on.

Initially, most actions will be facedown, generating an element of risk to each movement, but things become a touch more strategic as the board is gradually revealed. There’s a mix of good and bad actions, ranging from gaining and losing coconuts, to drawing treasure or additional movement cards, so gauging who’s telling the truth is consistently important.

Whilst the game supports between two and seven players, its sweet spot is realistically between four and six. It’s also worth considering whether the subtleties of bluffing will be comprehensible to a younger audience, especially when combined with the lack of agency stemming from playing cards on others.

Ultimately, it won’t be for everyone, but Funky Monkey’s unique take on racing could be perfect for those who like their games with a touch of chaos. 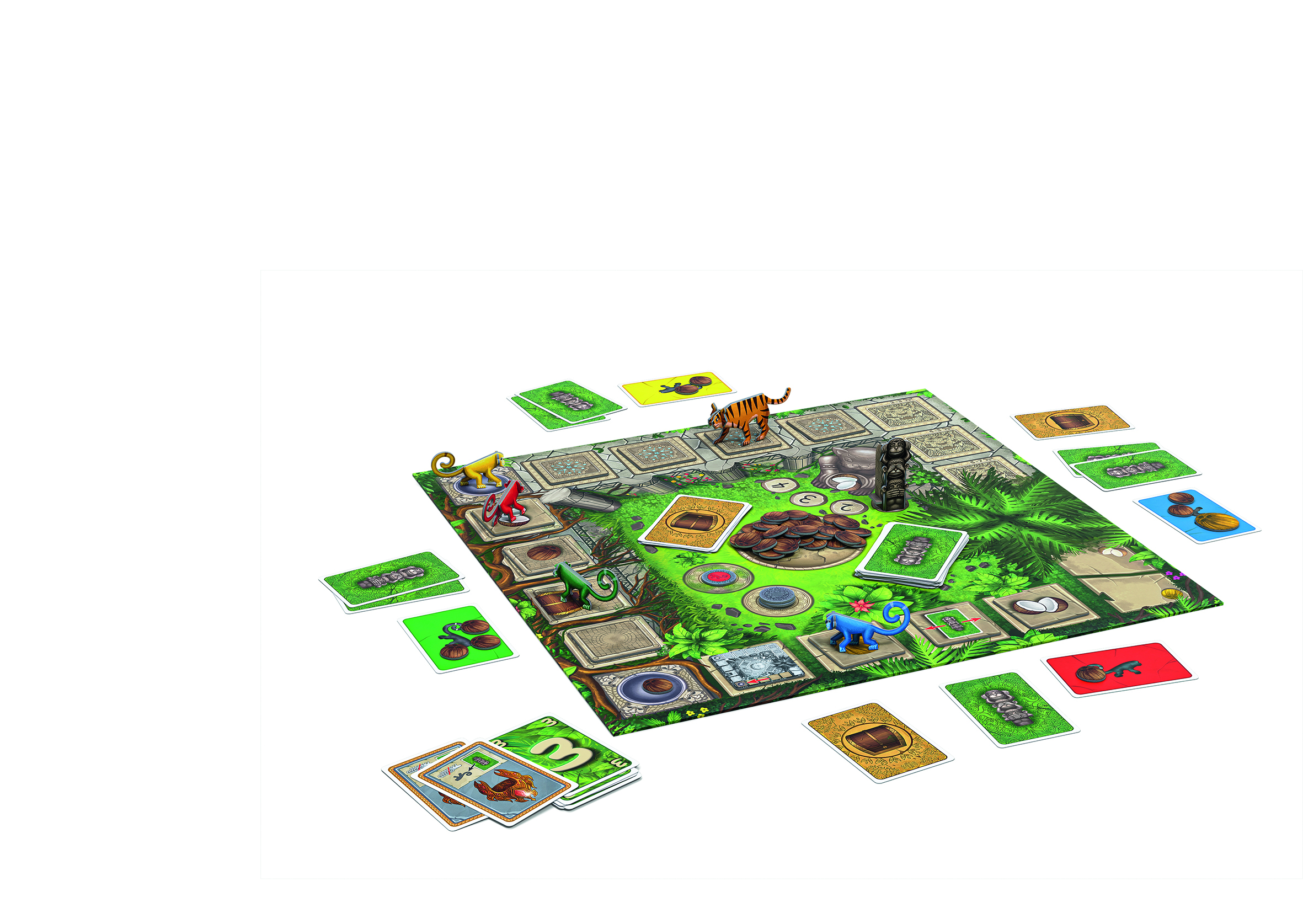