The kids are all right

Once upon a time, children played outdoors. Which sounds crazy, we know, but they really did. Before the era of YouTube, Fortnite and Covid, they skinned their knees climbing trees, did mad stunts on their bikes (usually either a Chopper or a Grifter), and generally ran around like pint-sized loons, dodging all the white dog poo on the pavement. Fort is a game which celebrates all this, and is sure to deliver a sherbet rush of nostalgia to anyone old enough to get any of the references in the last sentence. (And even if you’re not, don’t worry, you’ll still love it.)

Grant Rodiek’s sweet little deckbuilder was once incarnated as SPQF, with a rather less striking Ancient Roman anthropomorphic animal theme. But, having been robustly reimagined by the big brains at Leder Games (home to the similarly single-syllabled Vast, Root and Oath), it now comes loaded with a personality far bigger than the appropriately diminutive size of its box. 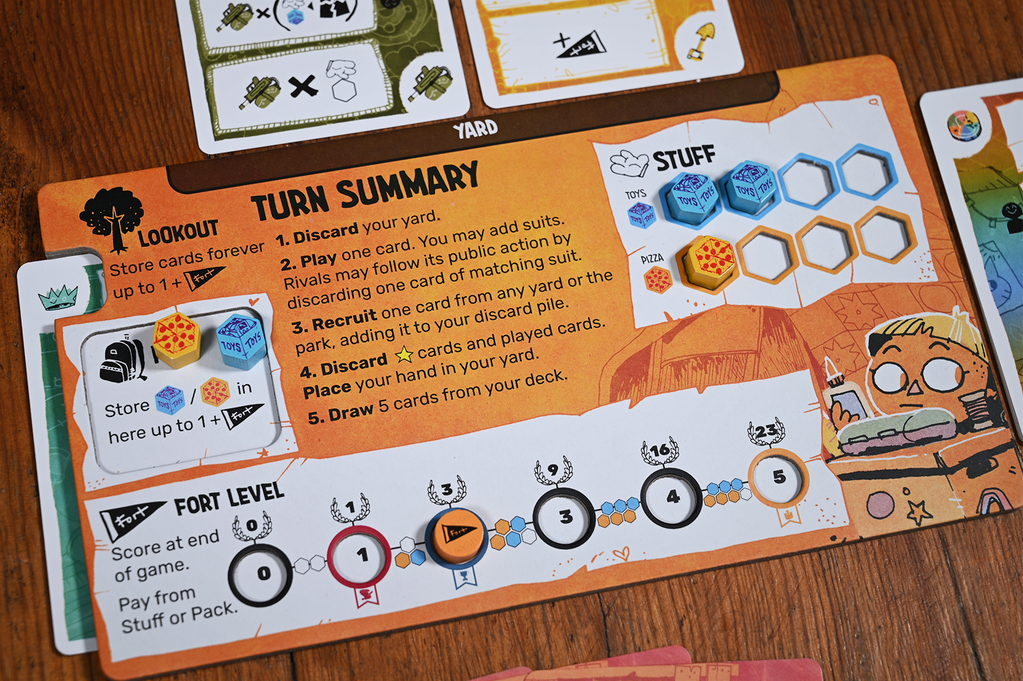 The scrappy kid theme is most immediately borne out by the art of Leder’s in-house scribbler Kyle Ferrin, whose bright, ink-rendered characters bring to mind the vivid-imaginary adventures of Calvin and Hobbes, or the antics of Charles Schultz’s Peanuts gang. But, remarkably for a game which could be dismissed as a re-skin, it goes right down to the bones of the mechanisms too, most significantly one which also offers a truly neat twist on the deckbuilding genre.

The aim, primarily, is to be the first gang to build a cardboard-box fort, which is achieved over five stages of levelling-up progress by hoarding and spending resources (pizzas and toys). To do this, you’ll need to recruit some handy friends (represented by cards in six suits: books, glue, skateboards, etc.) and think very carefully about which kids you play with on your turn. Strictly speaking, you can only play with one of them to trigger one or two actions: a public action, which can be copied by any other players who are able to match the played card’s suit, and/or a private action, which only you can use. But some actions can be valuably boosted by playing down other suit-matching cards from your five-strong hand – a move which also offers another benefit.

With most deckbuilders, any unused cards go into your discard at the end of your turn, but not so with Fort. Here you put them out in your Yard, where they can be recruited by any of the other players during their turns, as if the cards were part of the central market (aka the Park). That’s right: if you don’t play with the kids in your gang, they go off looking for someone else to play with. Which makes perfect sense, right? The only exceptions are your two best friends who you start the game with, and will never leave your deck (unless you post them in your Lookout, which offers a way to keep cards safe while retaining use of their suit symbols).

Between the Yard and the use of public actions, Fort is a game which keeps all its players engaged throughout each round, eliminating downtime. You’re also constantly thinking about how best to utilise your small hand, not only to maximise your cards’ impact, but also to reduce the chance that you’ll lose a bunch of them to your opponents. It is interactive, but never turns nasty, its little take-thats proving relatively gentle and unfrustrating. Which, again, chimes perfectly with the kids-at-play theme (they almost always make up in the end). And Fort makes sure that, like those kids, you’ll just want to keep playing and playing. 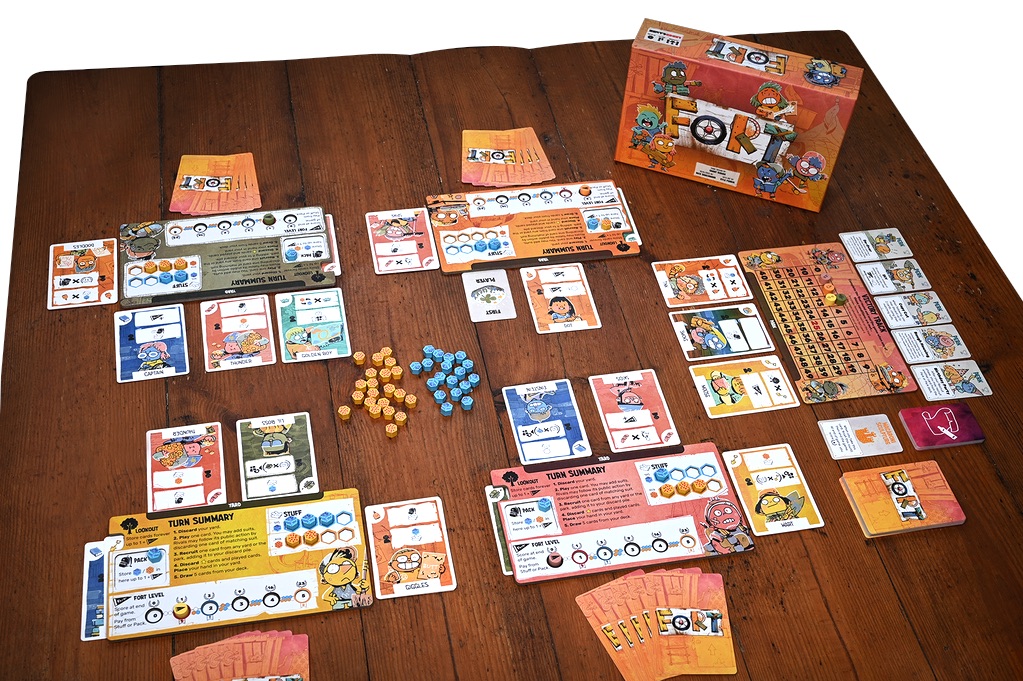 It looks great, it plays great, and (assuming you’ve not played SPQF) it does something new and ingenious with a very-well-known-by-now genre.

TRY THIS IF YOU LIKED SPQF…

Its theme and mechanisms match so well it’s hard to believe Fort started out as another game. This version is definitely an improvement.