For What Remains Review 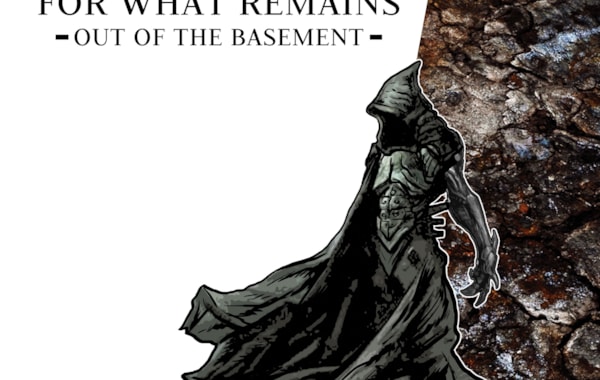 A bag of post-apocalyptic fun

It’s the end of the world, again. Welcome to another bag-building wargame from David Thompson, best known for War Chest and Undaunted with Trevor Benjamin. This time we’re taking tokened soldiers to task against our opponent, or AI, for survival in this weird world.

For What Remains comes in three flavours, Blood on the Rails, Streets of Ruin, Out of the Basement, each with their own campaign and setting. It’s a pre-boxed trilogy of paired factions which makes it ideal for those who want to get moving to killing the enemy quickly. Each faction has their own powers and abilities that makes adjusting to their play style a big part of achieving any kind of victory. There are detailed campaigns which we won’t spoil, but suffice to say there’s plenty to get your teeth into. For quick skirmish games however, there’s a fast point-buy system that allows you to draft units of different experience levels. These experience levels are expressed by stacking up the unit tokens, a little like War Chest but with the bonus of flipping the top token to injured as they go. The more experienced the unit, the more powers and special abilities they will have access to – for example the Death Vine’s ‘Hydro Merge’ (a defensive move that gives them bonuses in water) only becomes available at the Veteran or Elite level. This also means as you chip away at the enemy, they’ll have less powers available on their turn.

Turns themselves can be wildly swingy because of the shared action bag. Each turn you’ll pick which units you’d like to commit to taking actions, they’ll all be added to the same bag, and then these are drawn by a single player. Whichever unit is drawn takes an action – not only does this mean you’re not always going to plan your perfect flank-and-fire move, but also that you might go the other way and your most exposed unit will be shredded by enemies before they’ve had a chance to do anything at all. This leads to cautious play, and sometimes it can feel a bit unfortunate. Combat itself is a matter of dice rolling – so luck is always going to play a part. This is a wargame after all, so a matter of choosing careful targets that you can actually damage is a big part of the game.

The modular terrain boards are a particularly nice way of providing longevity to the game without getting a ruler out – something that we feel is a barrier to those who want to wargame, but don’t want to commit to all the tiny trees and terrain. On these modular boards, cover, elevated terrain and water all come into play in a big way.

Despite all of the asymmetry, most of the factions feel balanced, and they’re all fun. Our personal favourites were the weird alien and earthen creatures of Out of the Basement – the basement being the underground nuclear dimensional rip – as they present such wildly different play styles.

For What Remains won’t be for everyone – and may have had a larger appeal as a £160 box of minis on Kickstarter – but as a token skirmish game goes, there’s enough story to keep you in the world without the big lumps of plastic.

While token-based wargaming isn’t for everyone, the speedy skirmish play of For What Remains is something to be admired. If you’re looking for a modularly mapped scuffle with some interesting factions to take control of, you’ve come to the right apocalypse.

TRY THIS IF YOU LIKED Space Hulk…

While not as claustrophobic as Space Hulk, For What Remains contains a little bit of that modular magic (without the minis).