War. War never changes, as the iconic line that starts every Fallout game goes. But, ironically, change is the very thing that Modiphius’ latest stab at a Fallout RPG does, and for the better. For long term Fallout fans, the announcement of Wasteland Warfare was a dream come true. An official RPG in perhaps the most iconic post-apocalyptic setting in pop culture had fans salivating. Unfortunately Wasteland Warfare was intrinsically tied to the proprietary dice and miniatures of the same-named wargame and we, the theatre-of-the-mind story gamers, were scared off. But, with the continuing success of their 2D20 system and adaptations of Star Trek, Dune, Dishonored, and John Carter, Modiphius thankfully took another shot at Fallout.

To anyone familiar with 2D20, Fallout The Roleplaying Game should come as no surprise. Anything you’d like to attempt that the gamemaster decides has a chance of failure – such as shooting a raider or picking a lock – requires a roll of two twenty sided dice. To work out what you need to roll under, you add your S.P.E.C.I.A.L attribute and the appropriate skill together. Shooting the aforementioned raider dirtbag is Agility plus Small Guns if you just want to pop them with your pistol or Endurance plus Big Guns if you want to blow them to smithereens with a rocket launcher. All of which feels so faithful to the video games and so pleasingly simple.

But perhaps the best part of the 2D20 system that makes it a godsend to gamemasters and players who don’t want to memorize a thousand different mechanics is that nearly every interaction can be expressed as Attribute plus Skill. Want to avoid a shotgun trap, Agility plus Athletics. Want to examine a gun for clues, Perception and Small Guns. Want to turn the coffee machine into a proximity triggered scalding bomb? Intelligence plus Repair – or maybe Science, it depends on how you want to do it and that is exactly the kind of freedom I want from an RPG.

On top of the faithful stats systems, you also get the all-important Perks which grant you various abilities as they do in the video games. Which, if you’re a long term fan or just had a casual foray into Fallout 4, will be easily understandable and provide some excellent rewards for levelling up.

But this 400+ page tome of an RPG isn’t just mechanics, it also includes a detailed breakdown of the Commonwealth wasteland from Fallout 4, information on the big corporations before the bombs fell and what sort of plots might involve them, weapon mods, armour mods, loot tables, and so many items it’ll make your head spin. Some might call it overkill but it is nice to have options, especially in an adapted work where players choose strange things to be their favourites – like Maxson’s coat, a unique armour from Fallout 4 – which could serve as the driving force for an entire campaign for some players.

What really sets Fallout The Roleplaying Game apart from other attempts at bringing the series to the tabletop is the consideration given to the tone and subject matter that Fallout contains. Instead of treating the iconic Vaults as just dungeons, the designers have taken care to explain the horror and the reasoning behind them. There is an entire Vault section that gives advice on how to run these locales and how to make it feel like more than just a bedroom with a skeleton.

If you’re a fan of the Fallout series or just want to head into the wasteland for the first time, Fallout The Roleplaying Game is a fantastic adaptation and the 2D20 system continues to be excellent for cinematic narrative play. 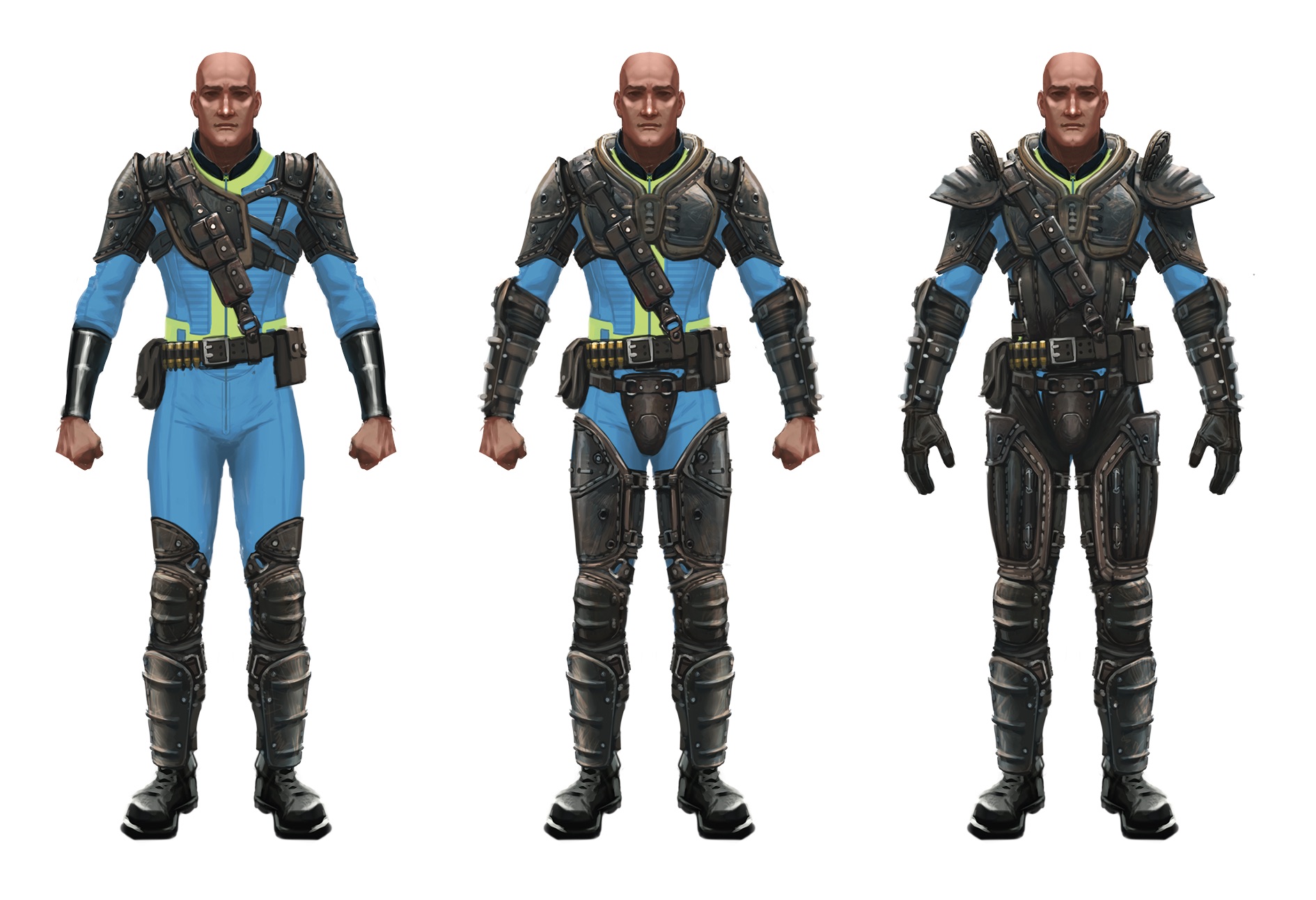 A vault-full of Fallout content that will make the Commonwealth fresh again.

TRY THIS IF YOU LIKED STAR TREK ADVENTURES