“The Fantasy Fair Is Here”, the game’s box proclaimed. “Fairy Tale characters from across the land are showing up to the town. Drop them into rooms of the Inn to trigger their special abilities and earn the most gold”, it reads.

“Which innkeeper will be the richest of them all?” It asks in a narratorly fashion, clarifying the game’s premise and goal in one very succinct story. But, succinct as it may be, Fairy Tale Inn has a full cast of characters and retells an old classic in an interesting way. Which classic, you ask? Well Connect 4 of course. The old plastic grid transformed into a fantasy inn with a charming wood effect on its plastic. 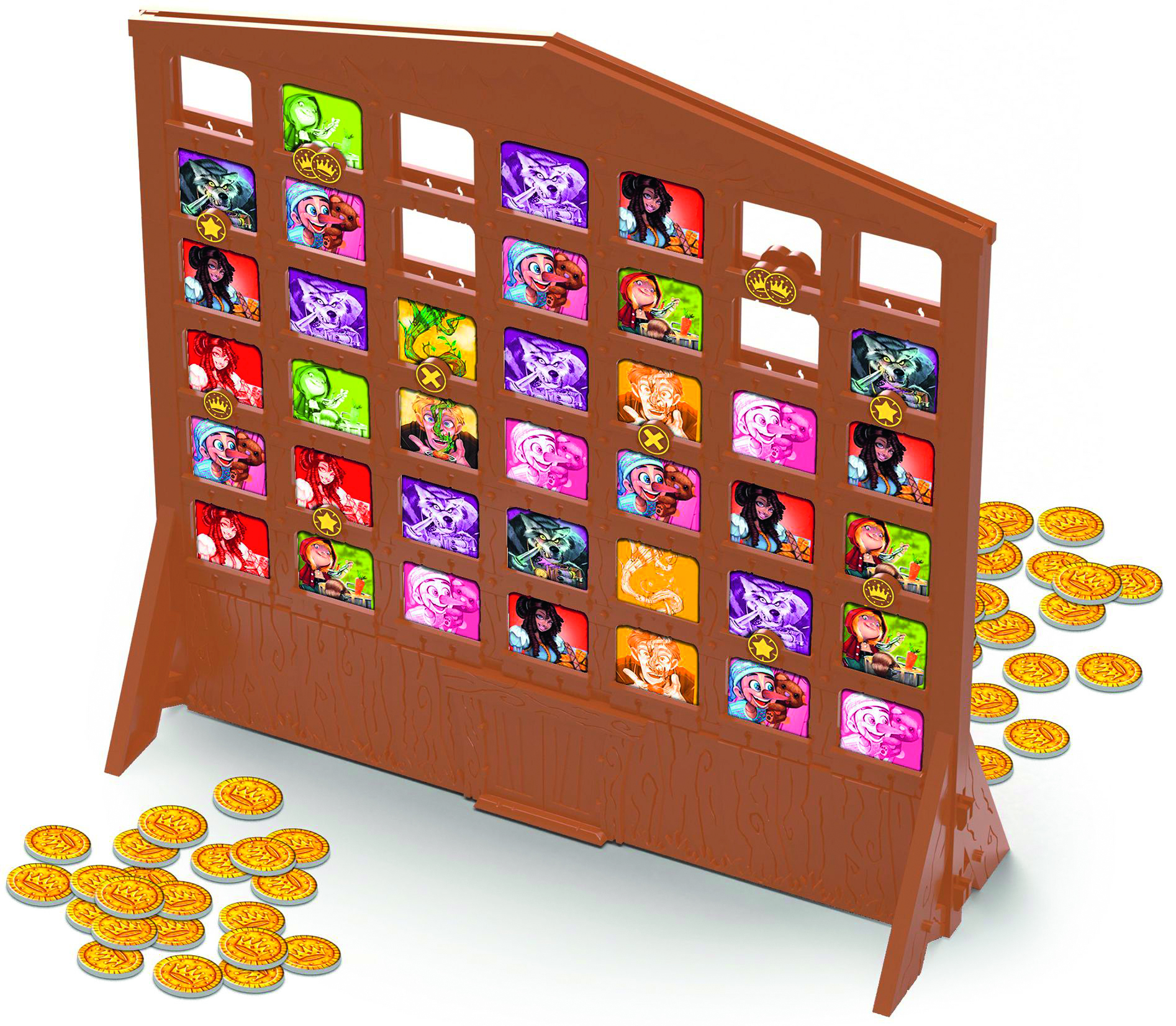 In this modern retelling, instead of dropping coloured discs, players take turns dropping character tiles, each of which have their own special abilities. But players don’t have carte blanche over which characters they play, instead they have to draw them from a bag and place them on the guest list. As guests are played, those on the guest list move down, dropping in cost until they’re free to play. Though with guests being drawn randomly from a bag, it’s rare that a character is best bought when they first appear.

As mentioned above, each character has their own special abilities and these do have quite the impact on the strategies employed. The Princess gets you a coin just for playing her but can get you an extra coin for each of your Princesses that are diagonal to her. Which is the closest to Connect 4 any of the characters come. Pinnochio and Little Red Riding Hood both net you coins at the end of the game depending on how many of your or your opponent’s characters are adjacent to them. The Evil Queen gets coins for opponents placed above her, the Big Bad Wolf only scores for the player that has the most of him per row, and the Pigs gain coins if touching other pigs. But perhaps the most game changing characters are The Pied Piper and Jack, both of which get to place extra tokens (rats and beanstalks). As you rise up the Inn, you’ll come across special squares that grant an extra coin or two or, most importantly, an extra turn which can be a game changer for whoever manages to nab it.

As both players are playing every character, the tokens are double sided to show who played them. Full colour facing the player who played them and a black and white version facing their opponent and while this can make the Inn look a little visually busy, it’s clear enough when tallying up points at the end. And you know what? It’s actually really refreshing to see a fairy tale game that doesn’t try to do a “grim reimagining.” Sure, they aren’t saccharine sweet and cuddly but they also aren’t covered in blood and filth and it is greatly appreciated.

Component wise, Fairy Tale Inn is top notch, which is to be expected from a game published by CMON. The plastic inn resembles one of the higher end toys that you’d pine for as a kid and the double sided tokens are sturdy and drop into the Inn with a satisfying clunk.

While it might not have the lasting strategic appeal of Chess, or the simplicity of its ancestor, Fairy Tale Inn does a good job of reimagining a classic game and injecting it with enough strategy to provide a fun experience without bogging things down with needless complexity. 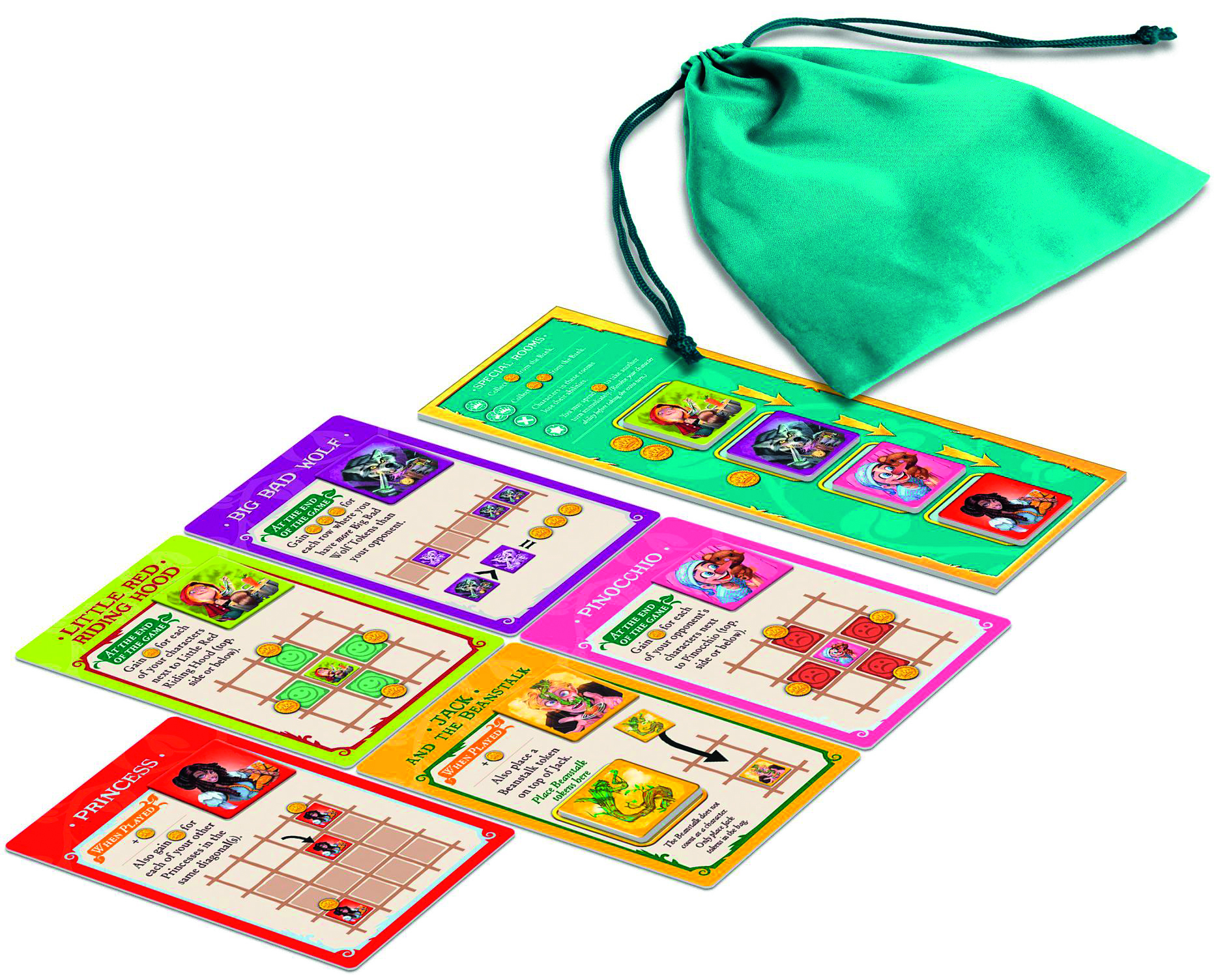 If you enjoy Connect 4 but wish for a more strategic experience, then Fairy Tale Inn could be for you.

TRY THIS IF YOU LIKED: Connect 4

There may be others like it but the classic has survived for a reason.