We finally really did it. We blew it up. God damn us all to hell. But in Dávid Turczi and Wai Yee’s Excavation Earth, it’s not talking chimp archaeologists digging around in humanity’s dust during our distant, post-apocalyptic future. It’s a bunch of alien civilisations, with no better motive than to flog all our old, exhumed crap – crumpled licence plates, ornamental, unicorn onesies (er?) – to the highest bigger and make fat stacks of space-cash.

Despite its colourful sci-fi sheen and appealingly bizarre extra-terrestrial characters (courtesy of artist Philipp Kruse), Excavation Earth has more in common with Martin Wallace’s dour, down-to-earth Brass games than it does Cosmic Encounter. (Though each playable alien faction does come with its own, unique power.) In fact, Turczi has been pretty open about Brass’ influence. On their turn, each player must play action-triggering cards from a drafted hand, with the aim of gathering and selling resources as effectively as possible. The game also plays out over a number of rounds (three, rather than Brass’ two) between which there’s a fair amount of upkeep – rather too much for our taste, if we’re honest, but that’s not a major complaint. 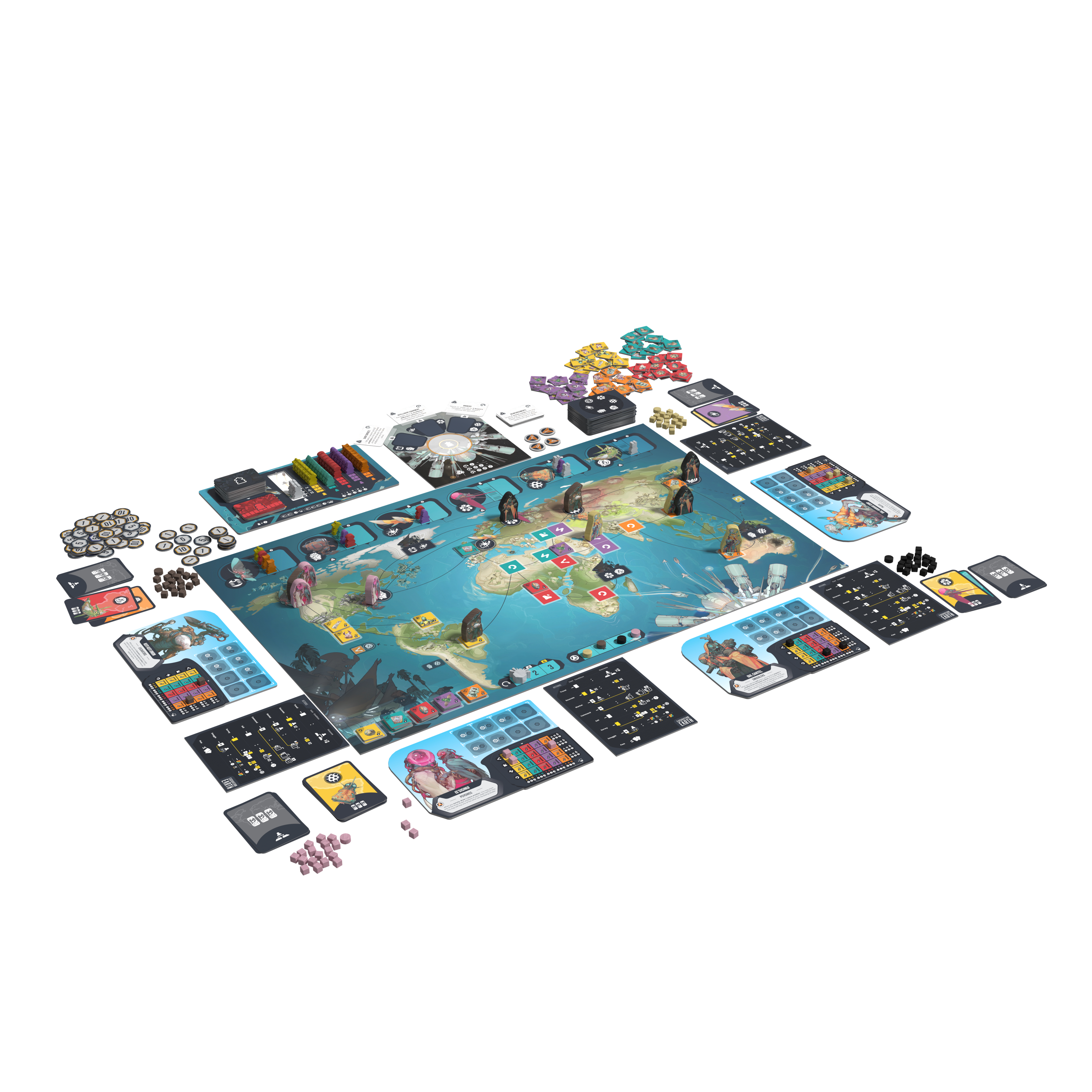 The core of the hand-managing economic action takes place in a set of alien markets, where you’ll place members of your limited crew (represented by cubes) as traders, who must pitch your wares, aiming to inflate demand for this homo sapiens trash before selling it off and pocketing the credits. Turczi and Yee realise this well, with a smart mechanism that involves loading up the markets with eager buyers (ideally matching the colour of the artifacts you’re aiming to sell) by moving them from a buyer board which awards more “popularity” to their colour the fewer pawns they have left in their particular row. The higher the popularity, the more your junk will be worth, with multipliers for the number of buyers and the number of artifacts you’ve been able to offload.

There is much more to the game than that, of course. A hell of a lot to digest, in fact. And the player aids do little to help, thanks to their exasperatingly impenetrable iconography (what’s wrong with using words?), so there will be a lot of game-slowing rule-book consultation. But at least it means there’s always options on each turn, whether that’s venturing onto the galactic black market (to make a quicker buck), surveying Terran territories (to try and get desired artifacts into the oversized Earth-map board’s dig sites) or pulling off special 'Command' actions on the orbiting Mothership using your area-controlling envoys (also cubes – basically promoted traders). You can also take samples from the artefacts you find (which involves much travelling and excavating) to score more points at the end of the game.

But all of this requires the right cards in your hand. While some actions allow you to throw down anything, others demand a specific market/dig site symbol or the correct colour. This is where Excavation Earth becomes really brain-burny, demanding at least some ability to plan several turns ahead. Not to mention the emotional fortitude to deal with a rival suddenly diving in and snatching away your carefully cultivated opportunities; something that will happen many times in this cut-throat enterprise. God damn them all to hell.

For a game that’s basically about shovelling up crap and selling it, there’s a lot to enjoy in Excavation Earth, whose sci-fi setting disguises a complex and demanding economics game.

TRY THIS IF YOU LIKED BRASS LANCASHIRE/BIRMINGHAM…

Given it’s more or less a tribute to Wallace’s industrial revolution titles, we suspect fans of Lancs and/or Brum will, heh, dig Excavation Earth.