As the still-accepted shorthand for ‘tabletop games that are more complicated than Monopoly’ in the public vocabulary, it’s little surprise that Dungeons & Dragons has been discussed, analysed and examined at length in a number of books, from drier considerations of its impact on the way gaming worlds and systems are created and the evolution of post-Tolkien fantasy to more inventive, artistic approaches that try to capture the imaginative creative power that roleplaying unlocks in its players.

Art & Arcana – A Visual History sits somewhere in the middle, bringing together a staggering wealth of imagery (both in quantity and quality) with a rich retelling of Dungeons & Dragons’ creation and impact. The result is perhaps the best book on the game – maybe even any individual tabletop game – yet.

In some ways, Art & Arcana’s subtitle ‘A Visual History’ does it a disservice. While the tome is undeniably led by its breathtaking visuals, its backbone is a comprehensive history of the game that runs from its roots in traditional wargaming through to its modern-day transformation into digital video games. It’s far, far more than just a coffee-table art book full of pretty pictures – though there are plenty of those, too.

While the detailed story of D&D told in Art & Arcana doesn’t feature any revelations that will be new to anyone with anything beyond a shallow interest in the game’s development and evolution, there is still a healthy amount of insight into the creation of the universe and the emergence of roleplaying as a whole. Some of the best moments in the book are sections that interject during the main overview, offering up pleasantly focused deep dives into the creation of certain iconic scenarios, such as Tomb of Horrors, and running through the visual evolution of some of D&D’s most recognisable monsters, from the beholder to owlbears. 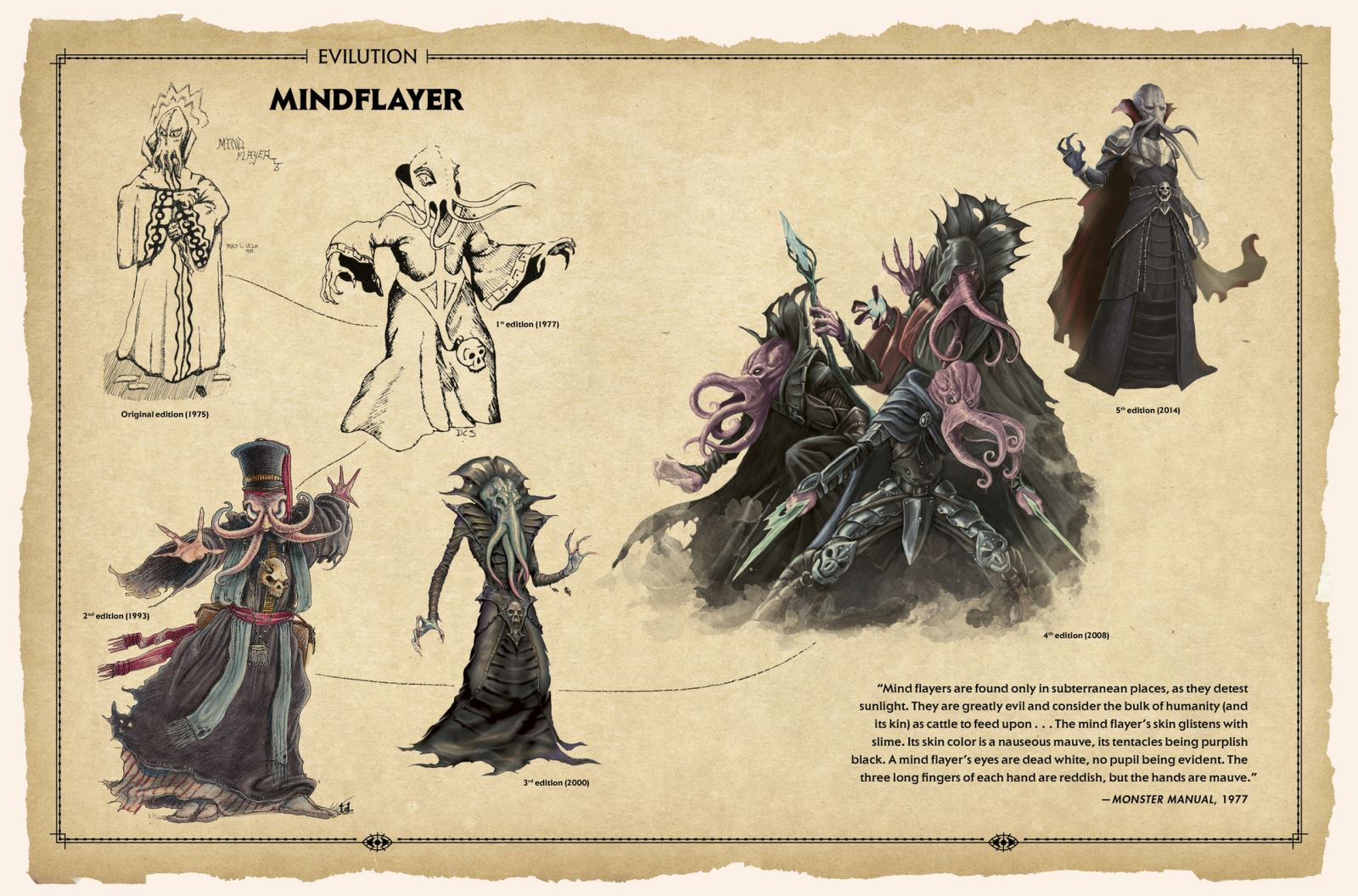 The book’s authors are clearly as passionate as they are knowledgeable, layering in comments from the game’s creators and artists from throughout the years alongside explanations and explorations of key moments in Dungeons & Dragons history – be it the satanic panic of its early years to the ‘edition wars’ and impact of the Open Game License of the noughties – that deftly walk the line between being accessible for roleplaying newcomers without feeling shallow or dumbed-down for those who’ve been rolling d20s for decades.

Notably, while the book understandably gives Gary Gygax and Dave Arneson their rightful due as two of the most prominent figures in the creation of D&D, it also does a wonderful job of profiling the artists that brought their world to life through the unforgettable illustrations that would capture the hearts and minds of millions of players. The sheer diversity of images included is staggering, from basic concept sketches (some with handwritten approval or rejection from Gygax, offering a window into the way D&D’s tone and look solidified) through to exquisitely detailed full-size paintings produced for books and boxes, and the of-their-time adverts that would’ve been so many players’ unforgettable first encounter with the game.

Dungeons & Dragons is a game, and it’s so much more than a game. Art & Arcana is perhaps the best possible tribute to D&D in that it’s an art book, and yet it’s so much more than an art book. Flicking through its hundreds of sumptuous images and delightfully captivating stories, it’s impossible not to be swept up by an emotional understanding of why D&D is such a singular creation: not only on the tabletop, but in history. It’s a beautiful book, both on the page and in the heart.