We built this city on...cardboard tiles

Crowdfunding has been a double-edged sword for gaming. On the one hand, it’s allowed all kinds of quirky projects to get off the ground, flooding stores with an incredible variety of new releases that might otherwise never have seen the light of day. On the other, it’s created a bigger-is-better culture where publishers cram boxes full of plastic minis and assorted components, trying to wow potential backers with their production values. Often the results are visually stunning, but they can be lacking when it comes to actual gameplay.

Dungeonology: The Expedition raised more than €500,000 (£425,000) on Kickstarter in 2019, and like so many crowdfunding successes, it looks phenomenal. Its art has the look of a big-budget animated movie. It comes with gorgeously detailed and characterful plastic miniatures, as well as an assortment of deluxe-looking double-layered boards and clip-on dials.

It also boasts a pretty original premise. Despite the “dungeon” in its title, it isn’t yet another bog-standard fantasy dungeon crawler. Instead, you and your opponents become scholars competing for a position on the faculty of a prestigious university. 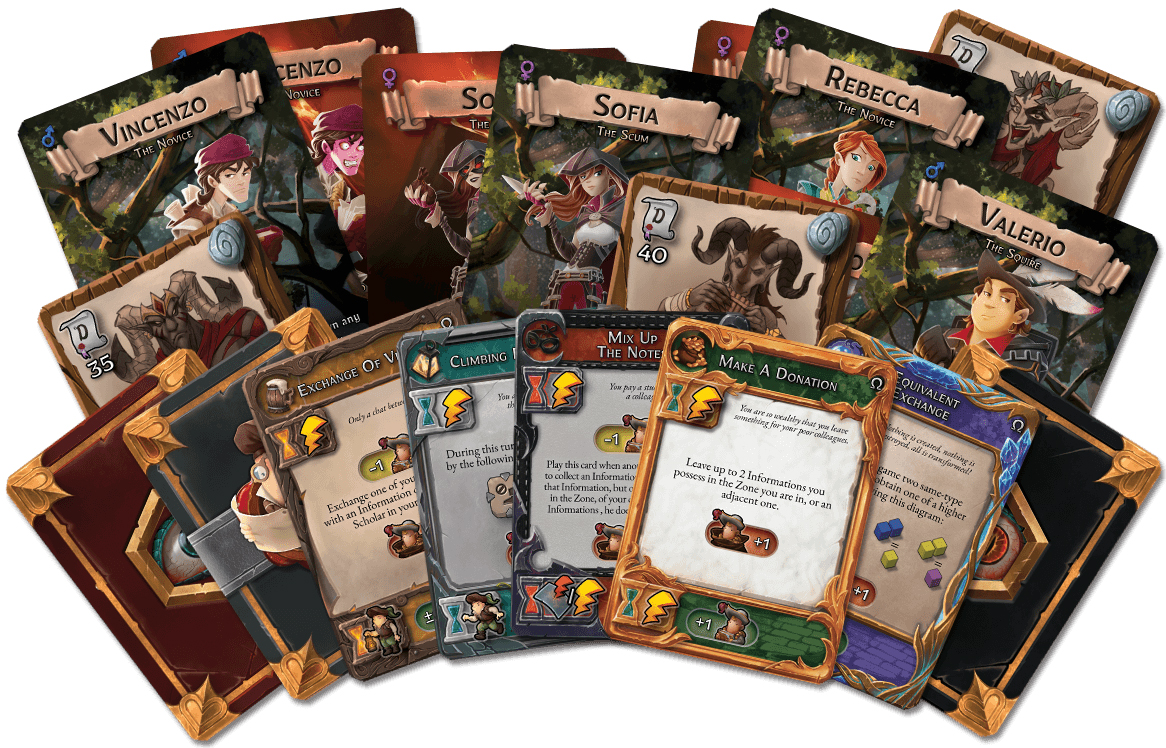 To succeed, you’ll need to gather information on creatures living in a sprawling dungeon, publishing a thesis that establishes you as the leading authority on the various monster clans. It’s a little more original than kicking down doors and skewering goblins.

Each player takes on the role of a scholar, each of whom comes with their own set of stats, strengths and abilities. Over the course of the game you’ll delve into the dungeon in search of information cubes – snippets of data which you can include in your eventual thesis. To find these you’ll hunt through an environment which expands as you explore it, laying down new location tiles from a randomly shuffled stack. Different locations come with different opportunities or dangers, from random ambushes to opportunities to grab some rest and recover your strength.

You’ll also be able to play all sorts of underhand tricks on your opponents, stealing their research, impeding their progress or simply knocking them over the head by discarding trick cards. But as these can also be used to increase your chances of finding information in various zones, you’ll need to think carefully about when to use them to advance your own position, and when to hurt another player. And because this is a game about academia, the resources you spend to activate cards are… graduate students.

They’re all entertaining enough ideas, but the problem with Dungeonology is that its ambitious physical presentation isn’t accompanied by a more restrained mechanical design. The rulebook’s “brief introduction” is three pages long. There are stats and symbols and sidebars as far as the eye can see. There’s also a catch-up mechanism where one player taking the lead results in everyone else gaining new powers, which seems like a very blunt instrument with no real thematic justification. It’s a chore to learn and to teach, and while it’s undoubtedly beautiful, it doesn’t justify the investment of time, effort and the best part of 70 quid.

Dungeonology: The Expedition is a beautifully produced game, and if you crave plastic minis then it might tempt you. But its rulebook is a real slog, and the payoﬀ when you ﬁnally get it to the table just isn’t worth the laborious learning process.

Try this if you liked… Descent

For big dungeon-crawling fun, Descent does the job that Dungeonology hoped to.