Disasterous dates have never been so fun

Fog of Love lifted the stigma of romance games, showing that this genre could have gameplay that is not cheesy or cliché, and offers some emotional and tough choices where people can draw on their experiences and feelings. Following in its path is Dream Crush, a romance party game that at first glance, does look cheesy, cliché, even cringy and, perhaps, focuses too much on the dating and relationship stereotypes we all know. Yet, looks, as Dream Crush is sure to teach you, can be deceiving. And while Dream Crush never aims for the depth or thoughtfulness of Fog of Love, it is also not as straightforward as it might first appear.

In Dream Crush, players choose three different crushes by simply going through various character decks in the game and picking out three personas. They are exaggerated stereotypes based on the person’s perceived interest or profession and caricatured to the extreme. Yet looks play the least importance, in fact, there is a game variant where players can choose three cards blindly, only ever displaying their names until the reveal at the end of the round. 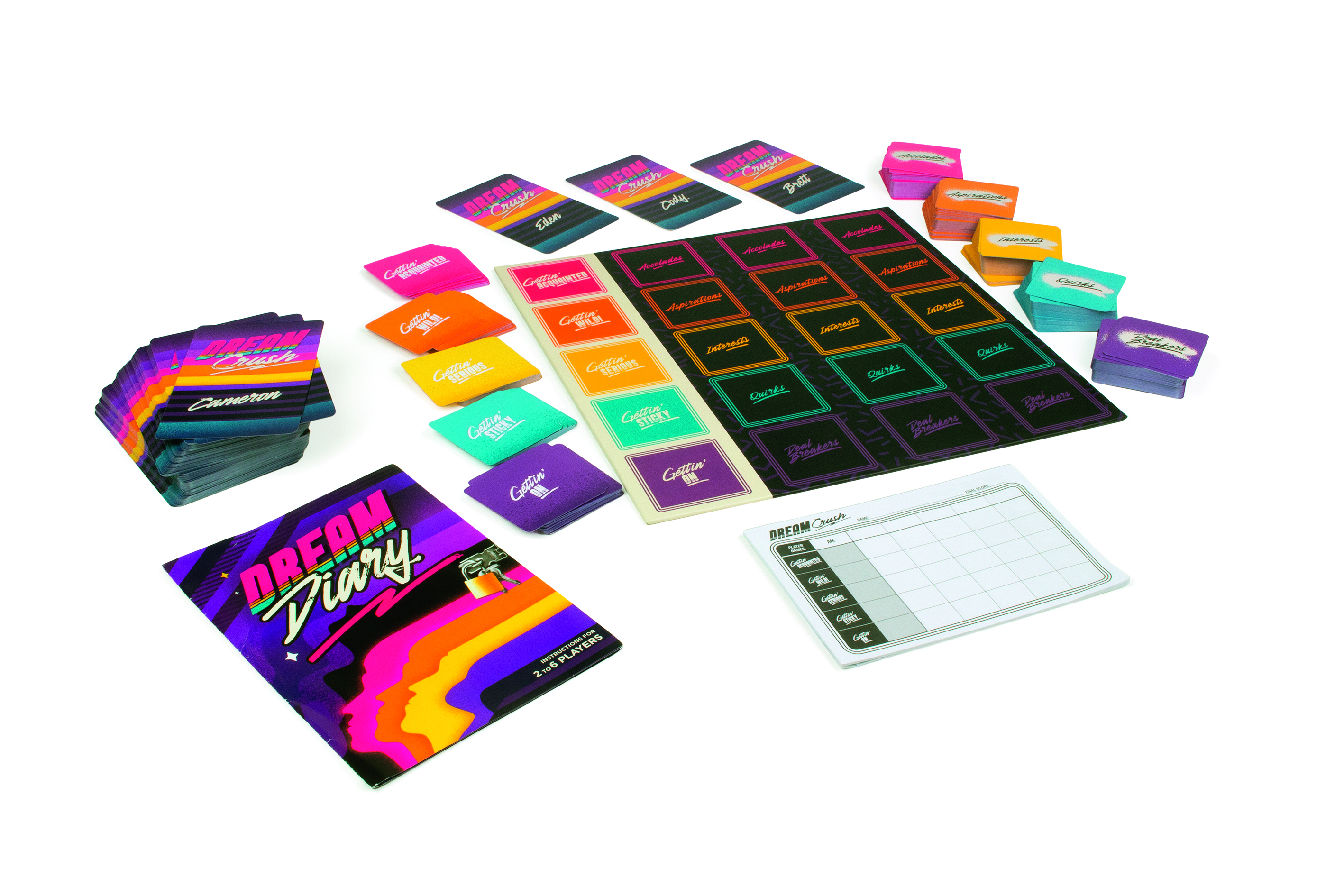 Then players set up a row of cards that describe the location and a certain characteristic of the person. For example, the scenario could be describing the first date and the information about the person could be as simple as their nickname, ‘known as Zuckerberg’ or a weird vice ‘keeps one nail very long’, although not all of them are as bizarre as these examples. Players then secretly vote who their crush would be based on the revealed information. As more information is revealed, they can change their designated crush. While none of the new discoveries go beyond a simple one-liner (this game won’t challenge your philosophical fundamental beliefs, it is a party game after all), they still make you think, especially as all of them are grounded in a specific scenario. Who would you want to take to meet your parents? Why this person? What makes you accept this quality in a person but not the other one? What does it say about you?

To add the competitive edge, every round players will guess what others around the table picked. Obviously, here close relationships with your peers can help more informed choices, but sometimes the reasons why people chose their crush will surprise you. It is a silly party game, but it also absolutely can prompt deeper discussions and even make you re-examine some things about yourself and others. It will make you immediately realise that as bizarre and caricatured the picture of our crush may be, it is their deeds, thoughts and values that you find attractive.

In the end, it does not really matter whether you guessed everyone's crushes correctly. This is a game that spurs discussions, reminiscing of past dates (good, bad, disastrous), even some healthy humorous debates – all a sign that a party game has done its job well. Sure, at some point, you will be familiar with all scenarios and descriptions the game has to offer and maybe you will even learn to predict your partner’s choices with pinpoint precision, but until then Dream Crush will continue to surprise you. 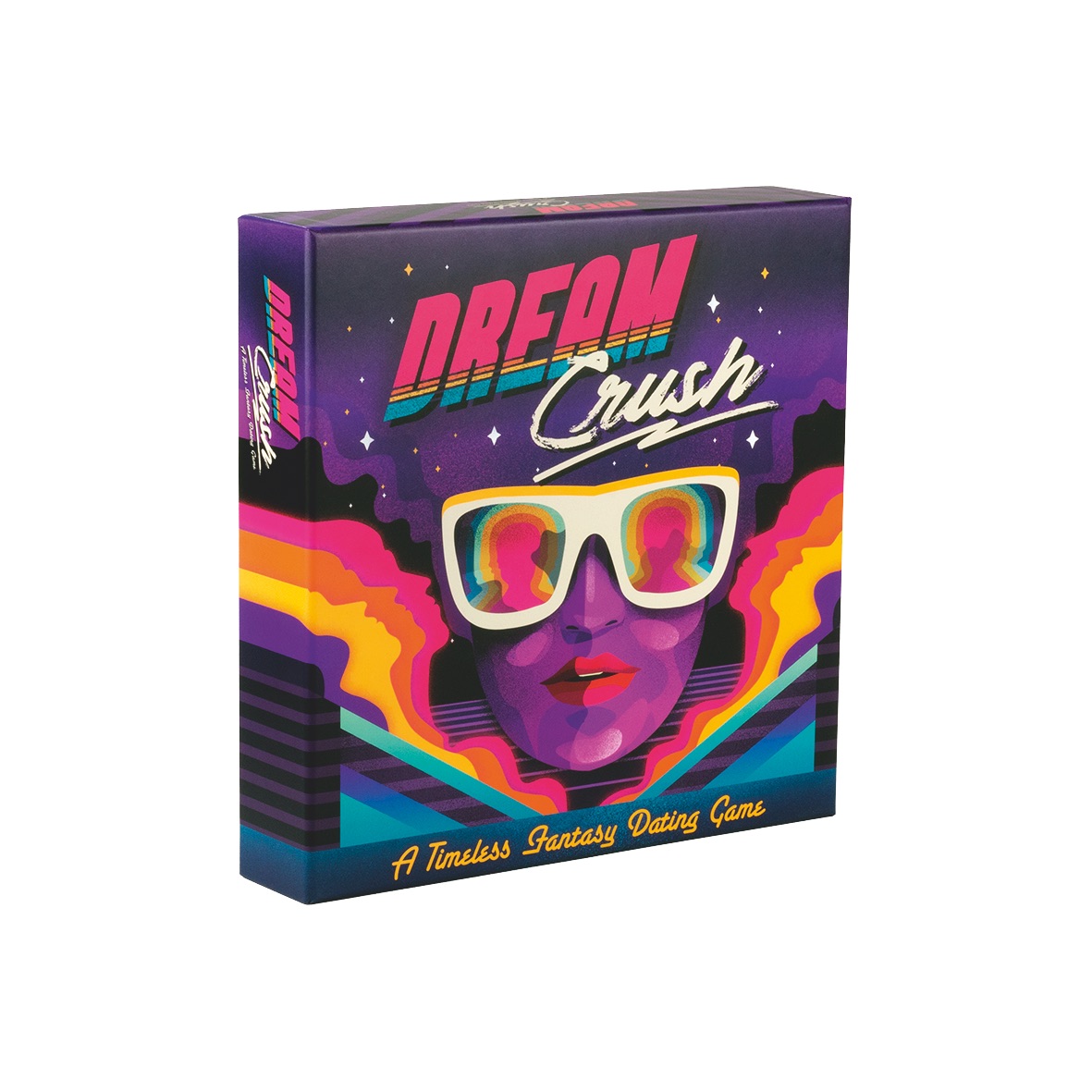 Dream Crush packs unexpected depth under its ultra-cheesy façade. While it will not redefine either the romance or party game genre, it is entertaining and delightful.

TRY THIS IF YOU LIKED FOG OF LOVE

While not delving too deep into the emotional core of the relationships like Fog of Love, Dream Crush makes you consider your biases and preferences in a cheesy and humorous romance party game.