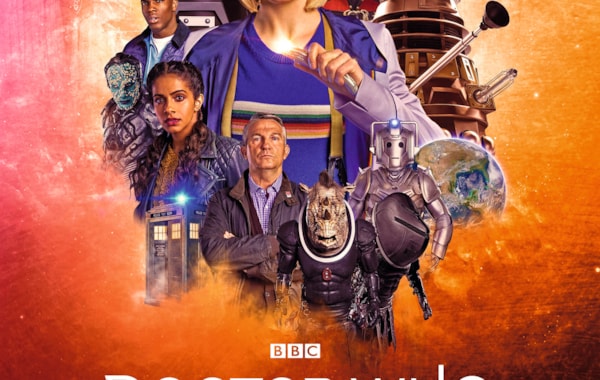 The latest take on a Doctor Who RPG offers a delightfully playable take on the setting that is just as charming and occasionally awkward as the show it draws from, with a focus on not just toying about in the same universe as the Doctor and her companions, but actually stepping into their shoes.

From the very start, the game acknowledges that much of the unique feel of the Who-niverse is tied up in the manic energy and insatiable curiosity of the titular Doctor, and looks to give its players ways to play that out. It suggests that adventures be treated like episodes of the show, playing out relatively self-contained stories over the course of a session or two, with a longer ‘season finale’ coming every few months of real-world play.

It’s a refreshing approach to a licensed game, and one that stands in contrast to the countless others that suggest that their players stand in the background and don’t mess up the established canon too much. There are character sheets for all the main cast at the back of the book, and even a set of guidelines about who gets to play the (frankly rather overpowered) Doctor herself.

Of course, it does help that cannon doesn’t exactly mean all that much in the time-hopping, self-contradicting web of storylines that makes up Doctor Who lore. It’s hard to get worried about having your players fluff up events that everyone saw play out on the TV when the core conceit of the show – and, indeed, the RPG – is that they have access to a time machine. The rulebook is happy to handwave away paradoxes and logical inconsistencies with a quick explanation that time can usually sort itself out.

If you’ve dipped into much Doctor Who over the past six decades or so, you’ll probably know that the nature of the Doctor’s adventures can be incredibly varied, depending on who’s writing the scripts and how much is left in the special effects budget. One session could see the party investigating a strange, apparently supernatural mystery in Elizabethan England, while the next sees them being hunted for sport in an alien jungle.

All this means that the rules of the RPG focus on flexibility and adaptability above all else. Characters all have a handful of natural attributes and access to a dozen broad sets of skills that can be used to play out pretty much any situation you can think of. Trying to see if someone is lying, for example, might draw on a character’s Awareness and Intuition, so their player would add up their ratings in each and then roll a couple of six-sided dice. If they get higher than the number determined by the GM – anything beneath a ten is pretty simple, anything over a 15 is getting rather tricky – they succeed.

The flipside to the adaptable ruleset, however, is that it doesn’t bother too much with specifics. The GM is given a huge amount of wiggle-room for deciding how things work, and if your players want exact rules for how certain situations play out they’re probably out of luck. Really, the only exception to this comes in the rules for conflict, and it’s hard to really know why this is.

The show itself has almost always gone out of its way to avoid combat being a focus of its stories, and most of the Doctor’s iconic foes are armed with instant-kill death rays that make the idea of actually throwing down with them a bad joke.

The tone of the rules seems to go along with this, noting that blasting your enemies isn’t really something the Doctor supports, but then dumps rules for wearing armour and taking cover onto the page, as well as a weapons table. The game feels as though it doesn’t really want a combat system, but feels obliged to include one anyway – as though it’s something every RPG needs in order to be taken seriously.

This complaint aside, the new edition is streamlined enough to pick up and play with minimal explanation and stand out as a solid adaptation of the show’s core themes. It’s great at running campaigns designed to follow the same pinballing paths as the original series, but if you’re interested in drilling down to some particular aspect of the Whoniverse, such as mystery-solving or monster-hunting, you may find its jack-of-all-trades ruleset a shade frustrating.

A solid, adaptable route into the time-travelling shenanigans of Doctor Who

TRY THIS IF YOU LIKED Dr Who RPG (1st Edition)

The core rules haven’t changed much, but the designers promise a more streamlined playing experience