The big questions asked of any expansion is: is it essential? Does it add something truly new? And here the answer feels like a very strong yes, absolutely. Community Care adds three new expansions (packed into a surprisingly small box) to the (medium-sized box) of dice drafting and patient management hit, Dice Hospital. They’re full expansions too, not a set of mini-expansions. The City expansion adds a new intake process which involves paramedics picking up people from around the city based on grids, extending this element of the game. The Investments expansion introduces additional upgrading options across your hospital, allowing you to customise your hospital further in a particular direction. Both of these are good fun and allow the game to become huge and crunchy, each adding a good 30 minutes to a normal game length. If you wanted Dice Hospital, but heavy, you’ve got everything you need. There’s also an automa which can sadly only be used with the base game. Still, an officially supported solitaire mode for a much loved game isn’t something to sniff at. 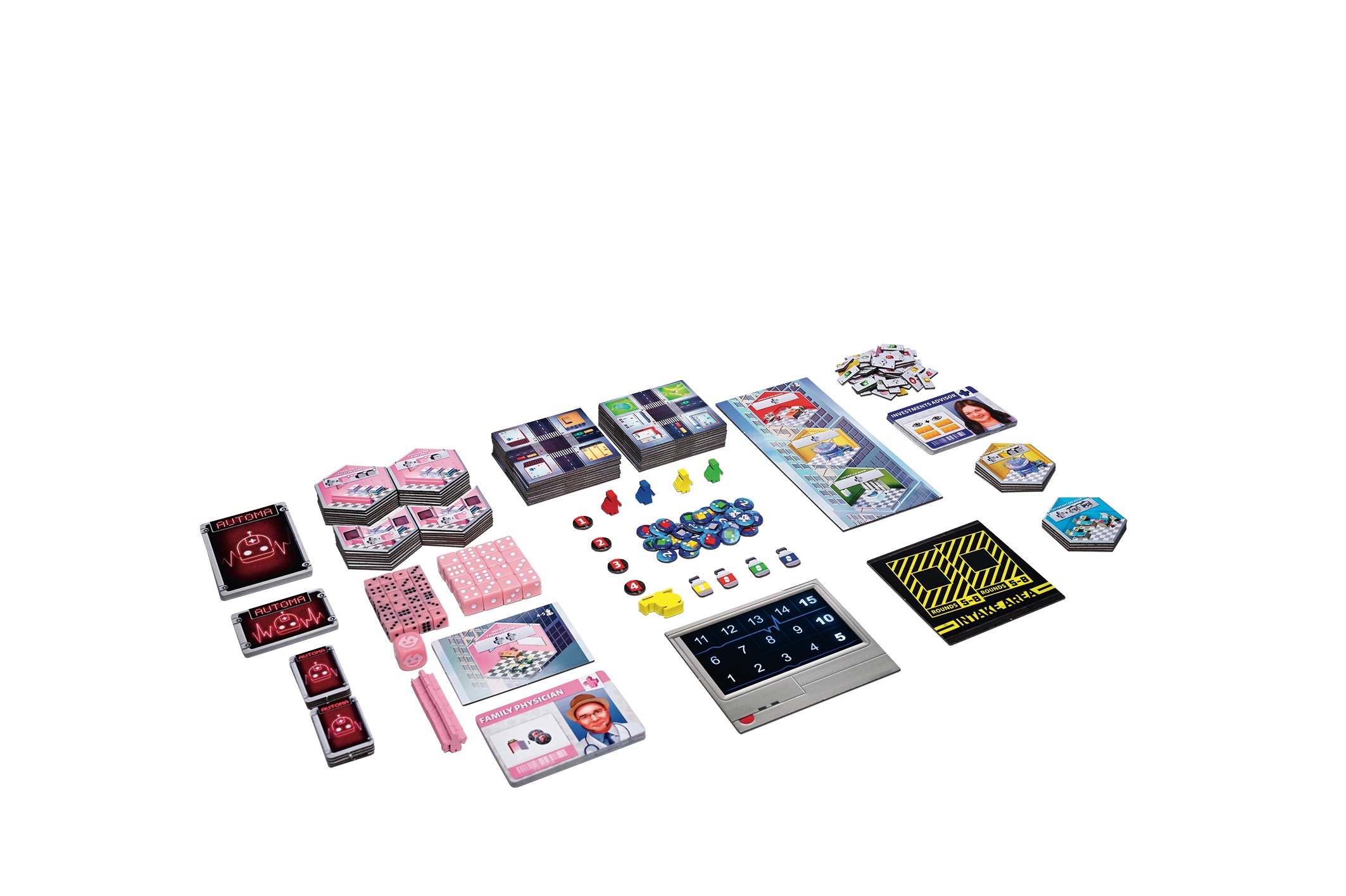 The real star of the show, and what makes it an essential expansion pack, is the Maternity expansion. This adds a subtle layer to all of the core dice placement decisions of the game by adding new mother and child pairs (or in the case of twins, trios). Players must manage their wards carefully to keep the mothers in good health (only shared wards make mothers decrease at the end of the round), and the mother-child sets can only be released at the same time. This makes for a pleasing addition that feels fundamental to the game. It also offers a satisfying boost in scores, with huge numbers of dice being discharged at once.

For us, the Maternity expansion is the one that can live in the core box for good, while the rest should only be brought out for the heavier crowd. And that’s exactly what you want from an expansion set.