Detective: A Modern Crime Board Game – Season One Review A great time whether you're a winner or a Luther

Players take a character (which they might as well leave in the box for all the difference it makes) and collectively work through a case deck. Each deck is a mere 24 cards of clues and leads. You take the first card as per the lead you want to follow from the introduction in the rulebook, read it, and discuss. You’ll want to be taking notes too, as there’s a lot of information – although much of it will look red herring shaped by the end of the game.

Mechanically speaking each action and lead you follow takes time to complete, tracked on the board, and changing location to take those actions will cost you another precious hour. There’s also a set of portraits which will be dished out through the game. The most important part however is the handful of ‘dig deeper’ tokens that allow further investigations into a scene. You’ve only got a few, but they allow you to flip a card and discover more information. Spending these wisely feels like it might make or break the case, but mostly it’s a mechanic designed to solidify an already good idea, or evaporate a bad one.

Sometimes you’ll be asked to use the Antares database to see files, call logs, and finger print matches. This going back and forth between screens isn’t as jarring as you would expect, and fits into the flow nicely. If multiple people are on the database at once you have a real sense of working on the evidence around the table. Watching someone scrub a video back and forth to find a detail that may or may not be important can feel like a huge moment – a break in the case – until someone else deflates it with corroborated call logs and fingerprints…

At its core Detective: Season One is a roleplaying game, where the role is you playing yourself as a detective. This sounds silly, but it’s exactly what happens. The speed at which players can launch into theories, drown themselves in biases, lead one another down a completely wrong way of thinking or just work off a ‘hunch’ is impressive for a game which is more or less ‘someone died: discuss.’

And that’s where the joy in the game comes in – between players around the table bouncing ideas off one another. The way that very obvious prejudices build and appear is astounding – you can be led down a rabbit hole very easily, and nearly all of your efforts go to waste. But getting there feels the same as if you’d got to the right answer. Whether you solve the crime or not, you will have had a really good go at it, and you’re still feel like a detective, even if you’re not a very good one.

You really do feel like a detective playing this game, which as a recommendation for a game about solving crimes can’t get much higher. A smooth playing, but extremely tricky game of deduction that makes the most of who you’re with, rather than what’s in the box.

TRY THIS IF YOU LIKED Unlock!…

If Unlock! was your way into solving things on cards with a bit of lateral thinking and dot-connecting, then Detective: Season One is your next stake out. See our Unlock review here. 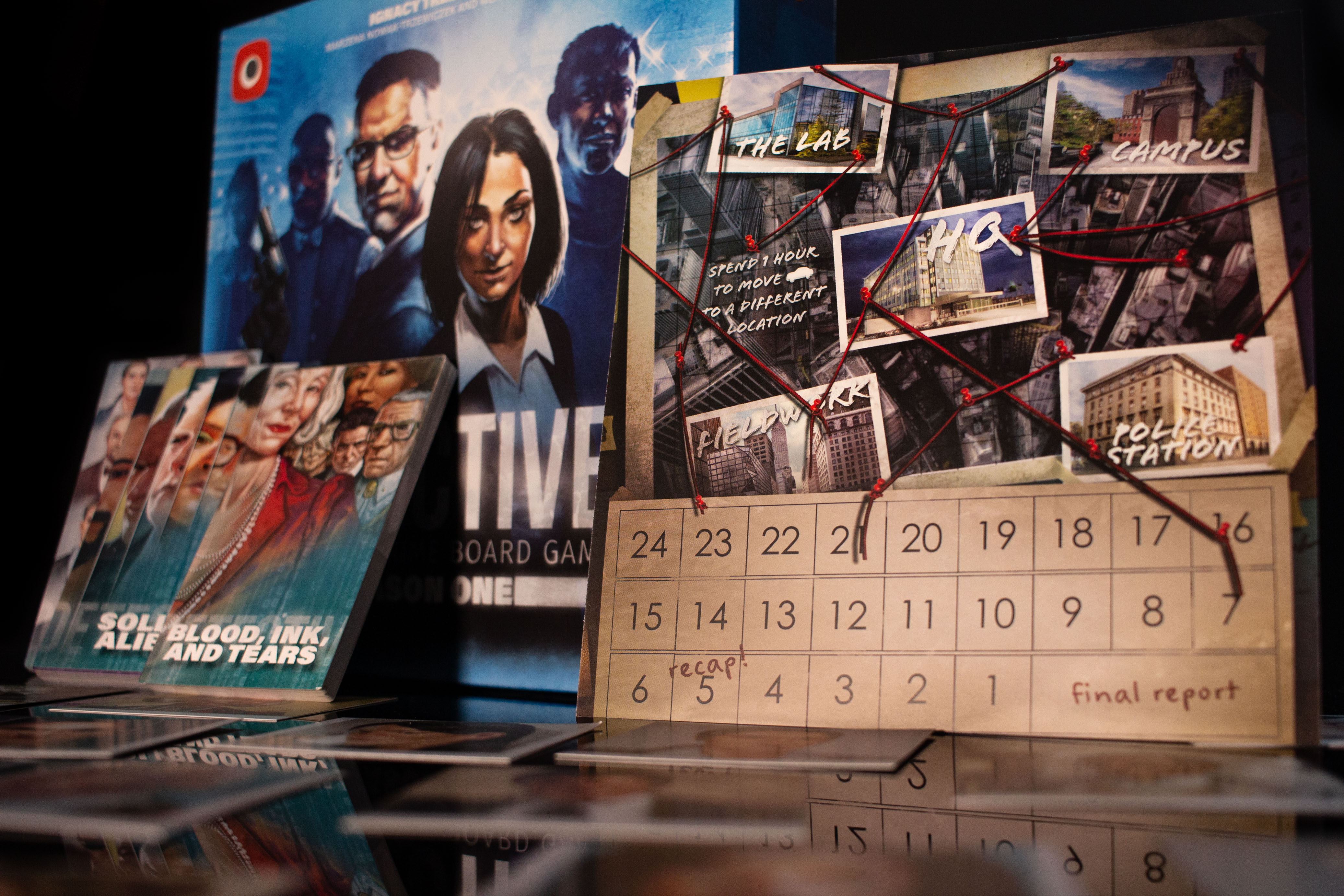