Dive in or stay at the shallow end?

Diving straight into Deep Vents is not recommended, either in real life or in Red Raven’s boardgame. The former for the scalding hot water, the latter for its confusing design.

With the goal of building a thriving ecosystem around a deep sea vent, players take it in turns to buy tiles, activate their special powers, attack each other, or grow their collection of purple cubes. And gameplay wise this is mostly fine. The strategy becomes apparent after your first game but the journey to that understanding is fraught with rulebook checking. Especially as the purpose of each icon isn’t entirely clear on first, second, or even third inspection. Thankfully each hex is explained in the index but it does drag the game’s pace down.

The two main strategies seem to be, build an ecosystem that can grow tremendously each turn or try and defeat your opponent by wearing them down with attacks. Defense is an option, represented through the game’s most interesting components, shells. Each incoming attack can be halved by spending a shell; and as long as you have a reasonably priced shell creature then opponent’s creatures become a lot more bark than bite.

Certain hexes do allow for massive disruptions of your opponent’s ecosystems but with hex availability dependent on the luck of the draw, these might sadly never come up. Which is a shame because the core strategy is there and if you play long enough to really grasp the nuances of each hex, it could be a deep and rewarding experience. This is one of those games that some people are going to get really good and dedicated to while most will, sadly, be turned away by the awkward icons and uninspiring artwork. 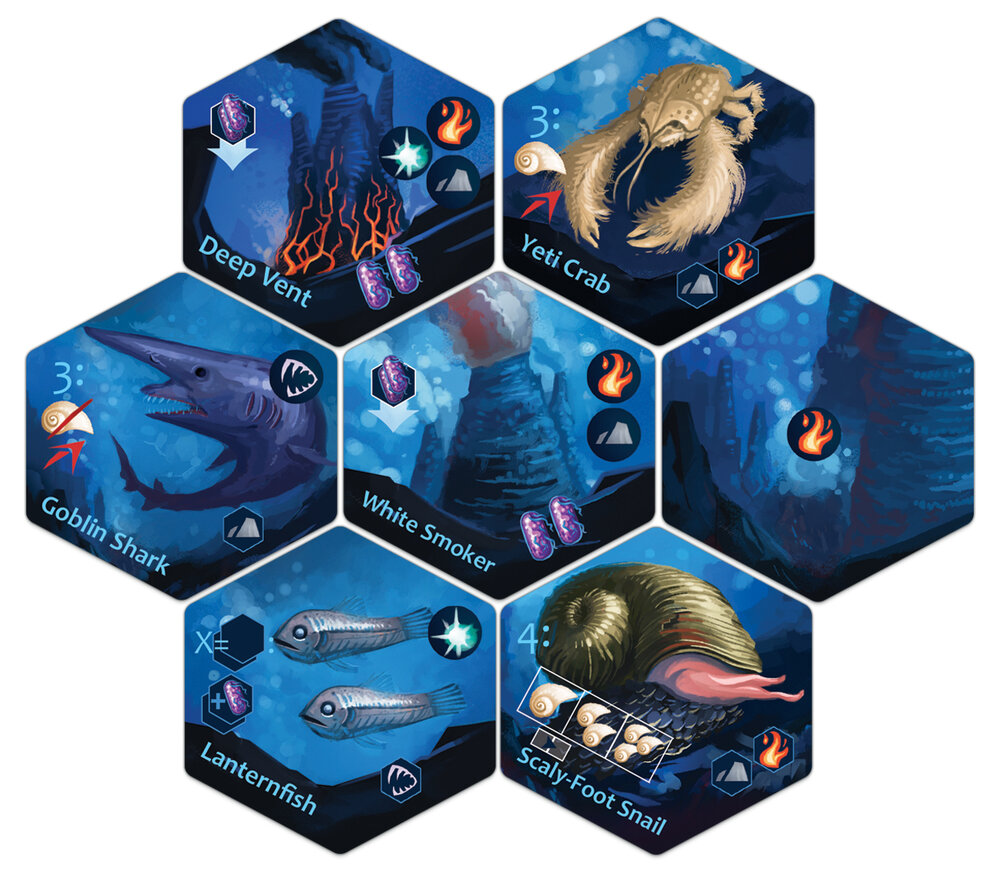