One of the joys of tile-laying games is the act of creation they often involve, whether that’s building a medieval French landscape (Carcassonne), a Northwestern American wilderness (Cascadia), or a mad king’s castle (The Castles of Mad King Ludwig). Curators, from first-time designer Jacob Westerlund, tasks its players with erecting their own museum, filling it with exhibits, attracting visitors and, as you’d expect from a typical Euro title, fulfilling secret contracts to score extra points.

It is a solid game with a lot of likeable touches, but truth be told its tile-laying component feels a little lacklustre. Each tile is a boxy wing, containing plain, square rooms of up to three different colours, on which fiddly little counters of the same colour must be placed, representing objects that must be excavated or purchased to create exhibits. The theme is muted by the demands of the mechanism, and you become so focused on matching the sometimes confusing patterns on your contract cards you never really have the strong sense of building something, as you do with the games mentioned above. It is more functional than fun. 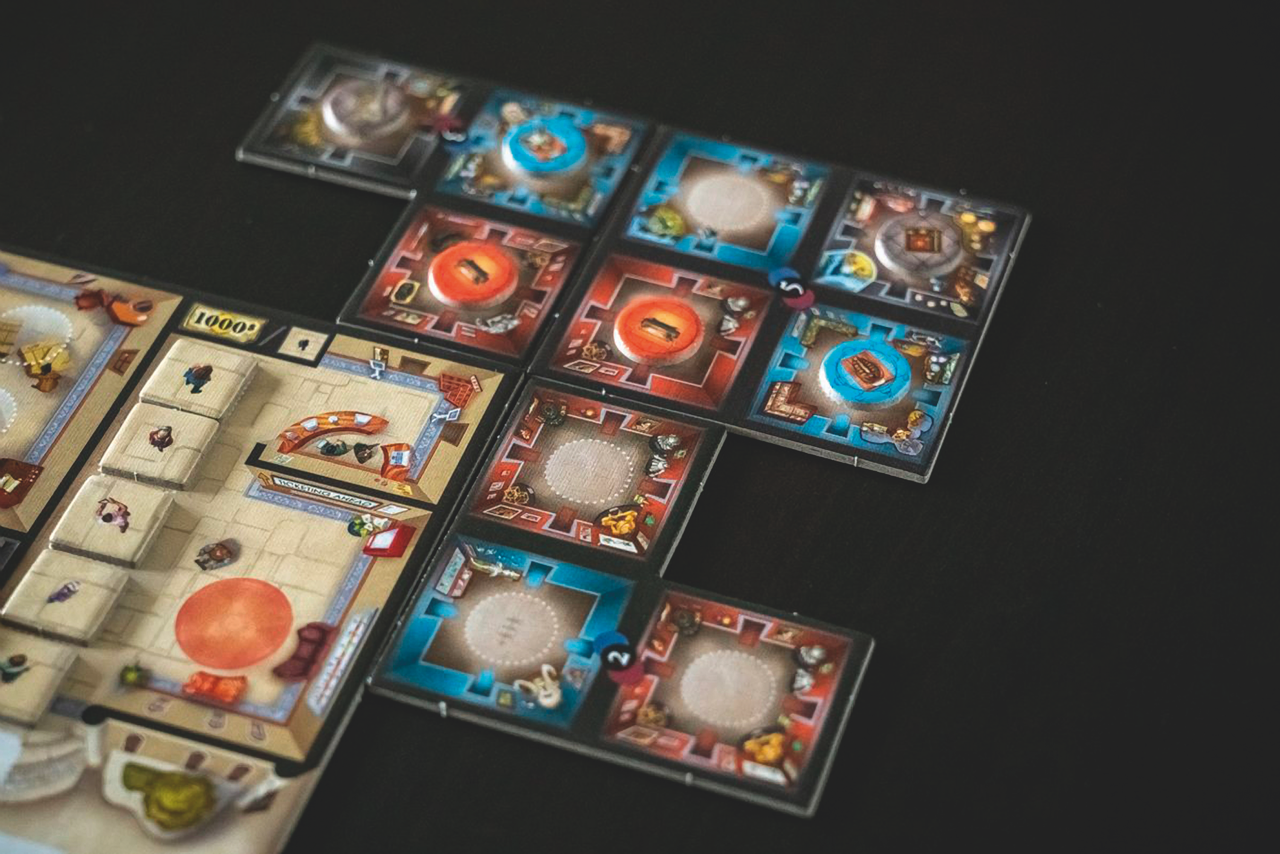 Still, as we said, there are some nice touches. Obtaining and placing a wing is just one of several actions you’ll take on your quick-moving turns, with five different employees to allocate. The archaeologist adds objects to your storeroom and the auction house. The collection manager buys objects from the auction house. The financial manager allows you to collect money (how much depends on how many visitor tokens you have in your foyer). The restorer moves objects from your storeroom to your wings, with completed wings adding visitors to your foyer. And the carpenter is the one who gets you those tiles.

Each employee is represented on one side of two different chips; whenever you select and use them, you flip the chip, showing another employee. Sometimes, you’ll have two of the same employee showing. This will allow you a double action, increasing your yield. So this mechanism becomes a little puzzle in itself – one that winds up being more satisfying than the museum-building itself, as you start planning out your future moves based on the double-action opportunities they might create, or the employees they’ll free up.

There is a lot to think about – especially as progress on the foyer’s visitor track throws you further pattern-building contracts to contend with – but it is a game with a light touch and a rule set that is blissfully easy to absorb (albeit one that would benefit from a few clarifications in any future editions). And, while the cheery vibe sidesteps any thorny questions of cultural property theft – the British Museum and its dodgy colonial legacy are notably absent from the real-world flavour content – the artwork is impressively inclusive. This should encourage a good breadth of appeal, even if tile-laying fans will find it a lesser entry to the genre.

A tile-placement title where the tile placement is the least enjoyable thing about it. However, it is uplifted by its other, light-but-absorbing mechanisms.

TRY THIS IF YOU LIKED CASTLES OF MAD KING LUDWIG…

It’s hardly Castles’ equal, but its mix of room-placement and contract fulfilment locates it in the same neighbourhood.