The creepiest church in town

While you don’t strictly need a mysterious cult to run a Lovecraftian horror game, you’re kind of missing out without one. This latest addition to the vast library of Call of Cthulhu sourcebooks makes it easy to toss a secret society or ancient brotherhood into your game, whether it’s straight from the book or one of your own creations.

The hefty tome – and it really is a tome; the entire thing clocks in at almost 370 pages - isn’t just about any kind of cult, however. Every single one of them is devoted to the worship of the big, be-tentacled horror himself, Cthulhu. If you’re already familiar with the mythos you know what kind of stuff this entails, such as human sacrifice and prophetic dreams. If you aren’t, you should be ready to read some pretty nasty stuff.

And, just to be clear, this book deals with some unpleasant content. The practices of the dark worshippers of evil are naturally nasty, but this hits especially hard where they cross over with brainwashing and indoctrination techniques still being used by real-world cults. There’s a hefty content warning at the very front, and it doesn’t kid around.

In any case, it may seem fairly limiting to restrict the focus of the book to just one of the many dark gods present in Call of Cthulhu’s sprawling backstory. However, it doesn’t actually feel restrictive once you get working. One of the advantages of fictional elder entities is that their brain-warped followers can do whatever is plot-appropriate at the time. Unless you have a super-specific goal in mind you can probably slot a Cthulhu-worshipping society into most campaigns. 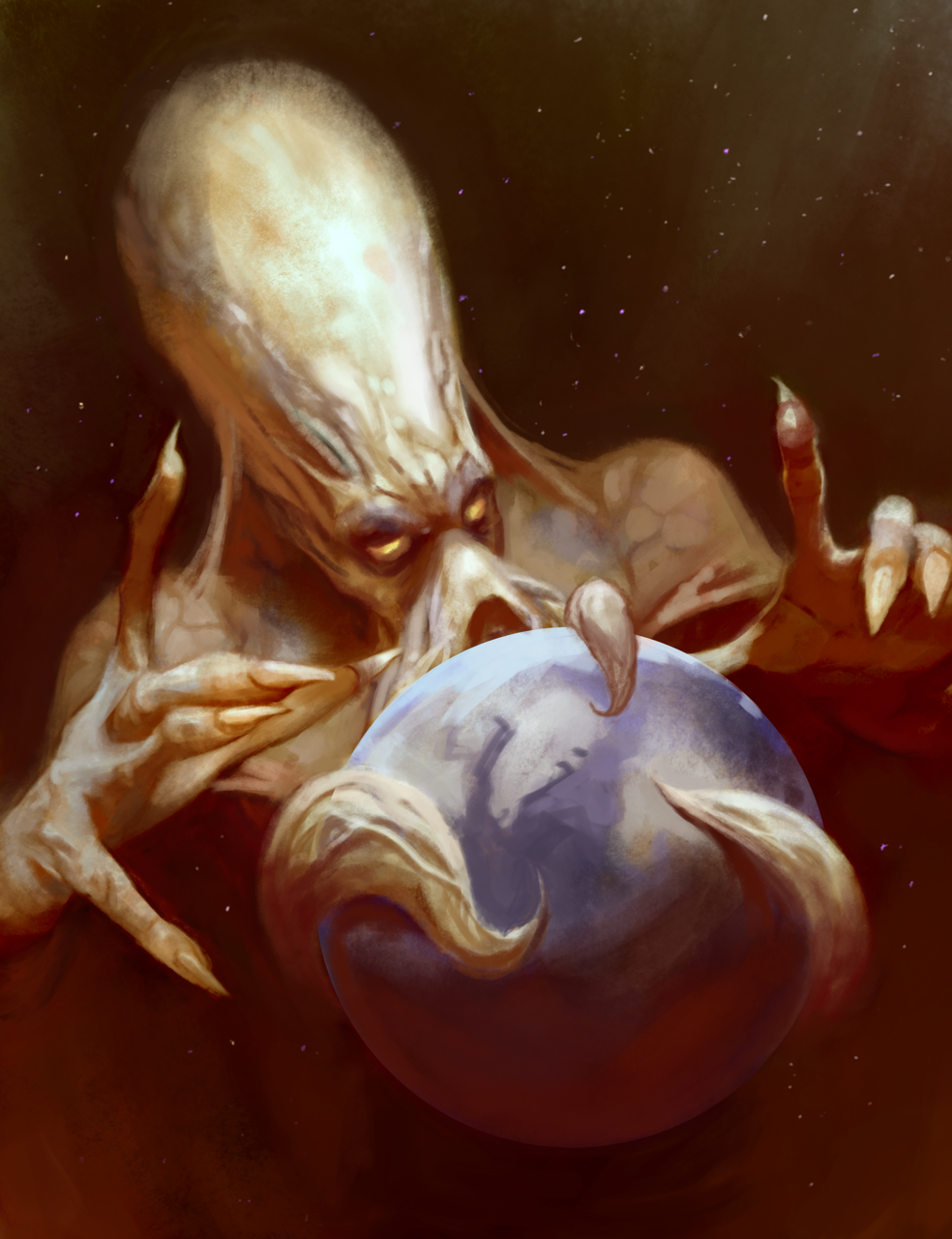 The info on existing, pre-written cults is divided into two sections. The first of these is aimed at groups playing historically and spans from 2000BC through to the classic Call of Cthulhu setting of the 1920s. It’s filled with information about ancient worship and mysterious groups scattered through the dark and dingy corners of the world. A lot of this acts more as inspiration rather than anything you can stick in your game – unless, of course, you happen to be running a campaign in ancient Ur – but some of the more recent material is more practical.

The second is set much closer to the modern-day. It imagines how Cthulhu worship might have adapted to trends such as prog rock, LSD and a thinly-veiled take on Scientology. The results are solid, and easy to slip into whatever kind of story you have planned.

Most of the cults – both modern and historical – only get a quick write-up. About a half-dozen of the most interesting and powerful ones, however, get a detailed run-down that spans several pages. This doesn’t just provide background details and biographies of important NPCs, but also a pile of stat blocks and rules.

Honestly, you could very easily take one of these major cults and use them as the basis for an ongoing campaign. They’re wonderfully well-organised, and it’s easy to see how their myriad agents might drive investigators to paranoia. Which, really, is exactly what you’re looking for in a Call of Cthulhu game.

If you don’t feel like using one of the pre-written cults, this is followed up with a set of guidelines for brewing your own. There are tables for generating shadowy leaders, sources of power and goals. There are even guidelines for thinking about the organisation’s accounting and legal processes. How do they pay bribes, and how do they feed and clothe their legion of robe-clad murderers?

This all sounds as though it should be tedious, but somehow it isn’t. These kinds of details help to bring the cults alive, and offer a whole smorgasbord of ways for the investigators to interact with them beyond tossing a stick of dynamite through the front door.

Once all the cults are well and established, the book offers up a trio of lengthy adventures themed around some of their favourite organisations. These are well-written slices of mystery, and give great examples of how to use cults in your own games.

However, they do take a considerable part of the book as a whole – well over a third of the pagecount – and feel like they could have been split off into their own, scenario-focussed supplement.

Still, this doesn’t stop the book being a thoroughly solid slice of Cthulhu-ey dread. It’s easy enough to use the tools, and the pre-written cults are just as chilling as you’d like. Cults of Cthulhu isn’t the most vital addition to any collection, but it’s definitely not going to go to waste either.

TRY THIS IF YOU LIKED Call of Cthulhu (7th ed)

Cults isn’t a must-buy addition to your library of source-books, but it’ll help add depth to your mysteries