Every tabletop fantasy world comes with a backstory to ignore, and this game is no exception. It is, however, a stunning introduction to the world of tower defence games. The Beast is coming, and you’ve got to prepare the realm and yourself for this onslaught. This of course means building defences, upgrading your own equipment, and making sure the monsters that are already wandering the world are under control.

Each player gets a lovingly designed player board, with a cut-out insert that goes on top. This is used to hold the piece of paper that displays the character’s name and portrait (which you’re encouraged to colour in) in place. This also creates the boundaries of your bag. If you want to equip something, you slot it in over your character drawing, if you want to carry something around, it’s got to fit inside the bag. This piece of game engineering is frankly, brilliant, and solves the adventurer’s problem of ‘inventory management is boring’. Equally, grabbing random equipment from the loot bag is very kind, as each piece has somewhat distinct shapes. And even if you pick up something you don’t want – you can always pass it on to another player when you share a hex. 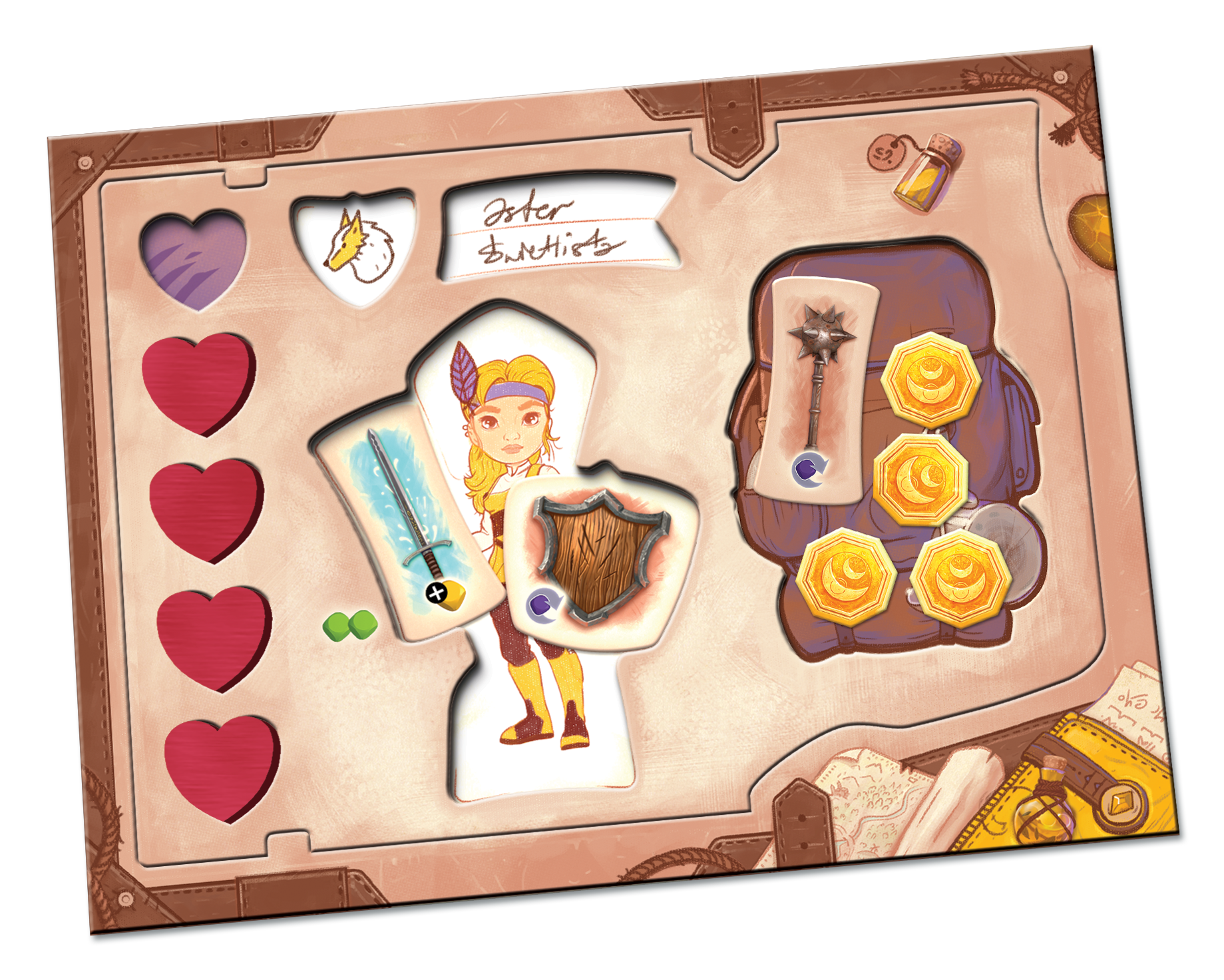 Preparing for The Beast is a case of exploring (flipping over) hexes and fighting monsters (three rounds of dice rolling, your pool against theirs). Aside from this, it’s a worker-place-yourself game, in the sense that certain tiles have useful actions like upgrading equipment (more dice for you) or building fortifications, but you’re going to have to expend some movement actions getting anywhere.

The random placement of tiles makes for a three act structure, the first set of turns see you explore out to try and find the tiles you need to get better, while trying to hold back the baddies. Next, you rush about trying to optimize for the incoming Beast, and finally, you face the cardboard creature when it pops out of its crater. This is all tracked on the moon cycle board, which at certain points will cut off your chances to build defences or trap – reorientating you towards the conflict to come.

You may have laid traps, fortified the castle, and sharpened your blades, but combat comes down to rolling the dice. There’s a bit of randomness here – but because some monsters are weak to certain dice colours, you can choose your battles. Unless they’re on the verge of entering the castle, in which case, you’ve just got to get on with it. This choice of optimal actions versus what you’ve just got to deal with is at the heart of the game and what drives its dramatic moments. 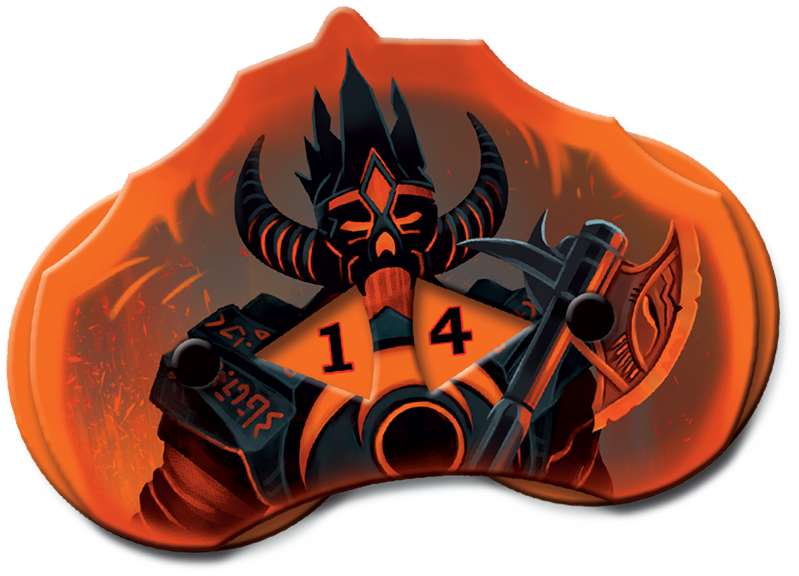 There’s a solo mode that ups your number of actions rather than the standard ‘just use two’, which is refreshing, and the difficulty can be turned up in a number of ways. While we don’t entirely love the mix of chibi and classic fantasy styles, it is all produced with such clear love and affection it’s instantly forgivable. A wonderful addition to any younger gamer’s collection, especially if you like working together as a family. Who knows, maybe the lore is good too?

A delightful, light co-op, that can challenge as much as it can be kind. A great introduction to the ‘tower defence’ genre for smaller gamers. Lovely.

If you like the pressure of Andor but wanted to dodge the set-up time, Chronicles of Avel will suit you perfectly. 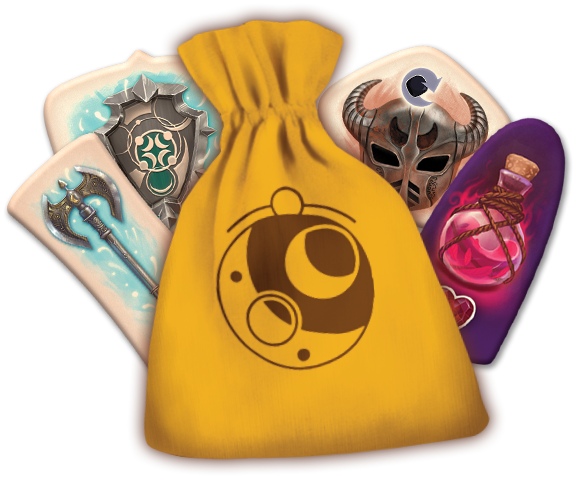