Reviewing old wargames is pretty thankless. Britannia first released in 1986, with minor cosmetic and balancing tweaks over the years. This edition is definitely the best it’s ever looked, with hundreds of distinctive miniatures, useful player aids and an easy to read board. However, little of the core game have changed and it’s the same slightly antiquated yet still solid wargame. Love wargames and British history? Definitely an easy recommend. Hate wargames with a passion? Nothing here will change your mind. Where this edition shines is the unknown. What if you don’t know what your emotions are towards wargames? Enter Duel Britannia.

Designed for two players or two teams, this version (included in the same box as Classic) effectively condenses the original’s four hour minimum epic to a spry sixty minutes. Each of the four original factions are split between the two players, putting Anglo-Saxons against ‘Brython-Vikings’ (i.e. everyone else) offering each player an opportunity to attack and defend.

The game takes the originals core mechanics and streamlines all of them. It now plays over seven rounds instead of sixteen, with less factions and less special timeline events. Each player controls multiple factions that are still considered independent to one another, each with its own reinforcement, combat and scoring steps taken in turn.

Reinforcement is calculated each round instead of points that retain between rounds, leading to less units on the board. To compensate, each unit can take two hits instead of one in combat, which when combined with more generous retreat rules means that players are rewarded for clever positioning as much as outright fighting. Battles still see players killing on a roll of five or higher and all attacks are rolled simultaneously, keeping them tense and hard to know exactly when to run away.

Scoring has been dramatically simplified; instead of a unique list for each faction to score in various ways in each round, now factions score for holding marked areas of the board and the territories surrounding it, as well as rewards for burning or holding forts and killing leaders. This makes it crystal clear when a faction is doing well or not, thereby teaching players if they’re playing correctly immediately.

And teaching is the key word here. Duel Britannia feels like the perfect tutorial game, being a sharp, tantalising contest that teaches players the fundamental aspects of Britannia, that is still rewarding to play in its own right. The Attack/Defend switch at the halfway point ensures players get a varied and entertaining experience, with the changes made allowing them to make mistakes without being aggressively punished. The two on two team mode is also great for players unfamiliar to wargaming to tag-team with someone more experienced to see if this style of game is right for them.

It’s this variety that gives Britannia the edge over other large scale wargames. If you own something like Twilight Imperium or Diplomacy, you know the heartbreak of having the game sit on your shelf for months (if not years) at a time between plays. Britannia’s flexibility in playtime and player count lets you play more frequently and even introduce people to the genre. Not everyone is ready to jump straight into a four plus hour gaming session, but seven hundred years of war in sixty minutes? Now you’re talking.

It’s important to stress that if you don’t think you could ever see yourself playing an all-day wargame, give this a pass. But if you love the idea and want to encourage others, Duel Britannia might be one of the most accessible and polished wargames currently available, providing a strong base camp to explore this genre.

Few wargames offer such versatility in player count and experience. Great for fans of the genre or players looking to see if wargaming is their cup of tea.

TRY THIS IF YOU LIKED: Risk

If you’re a veteran wargamer you already known if Britannia is for you. But if Risk is your only point of reference for tabletop warfare, then Britannia is the next best step. 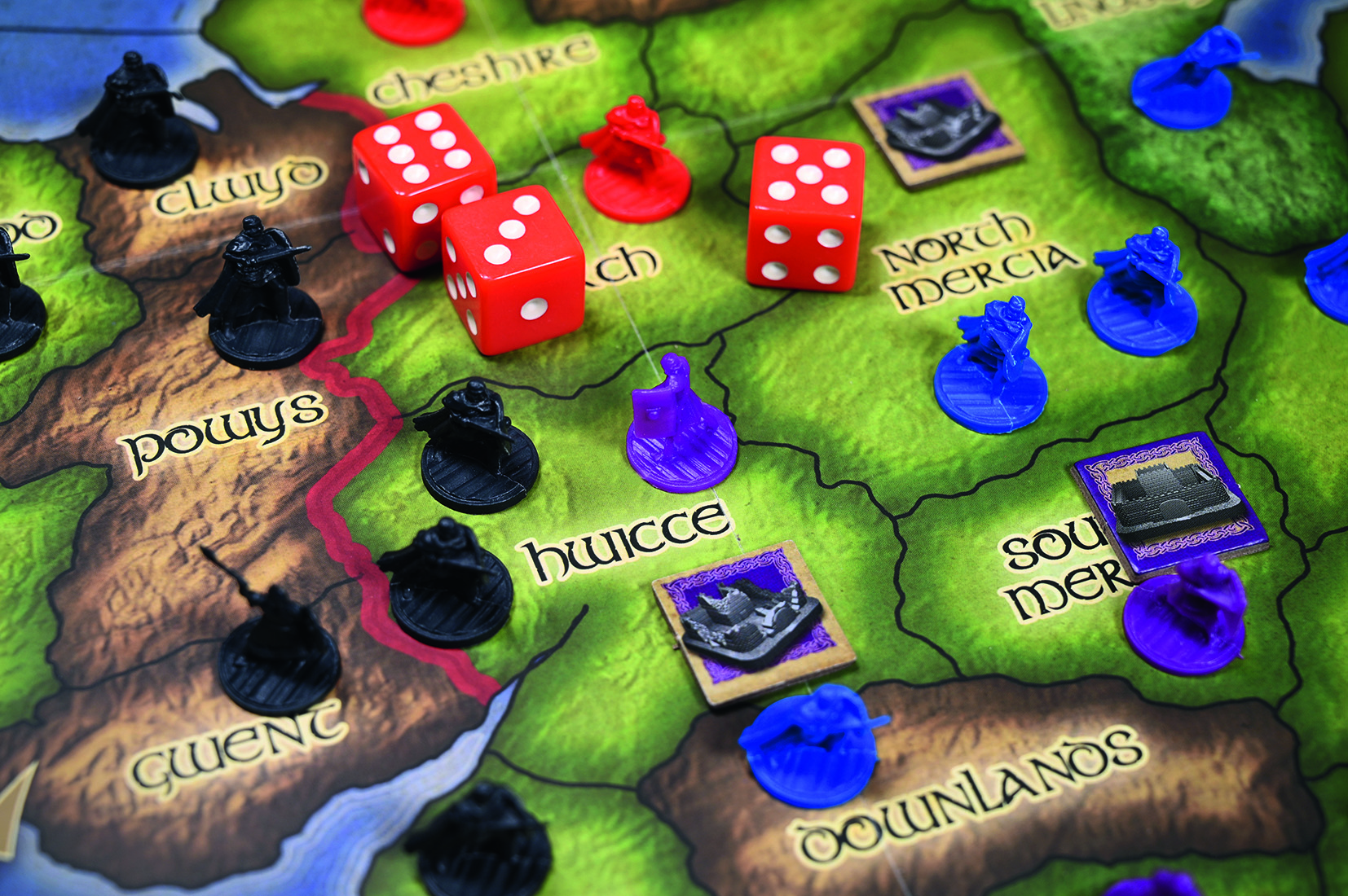