“Neighbours, everybody needs good neighbours,” crooned singer Barry Crocker on the never-ending Australian soap opera’s theme tune. “With a little understanding, you can find the perfect blend...” Which is all well and good, but what about when your neighbours occupy a sky-high mega-block, have gone into a collective frenzy and are coming at you with spit guns, buzz saws and missile defence lazers? Better to pay heed to the lyrics of a very different song: “Seek and destroy,” as Metallica like to roar...

Based on the Judge Dredd strip in beloved sci-fi comic-book anthology 2000AD, Block Mania is a chit-pushing, dice-rolling game of mutually assured destruction, where warring vertical townships must throw anything and everything (and anything and everyone) at each other until the Judges roll in and put a brutal stop to it all. Its darkly satirical take on high-stakes neighbourly friction is most apparent in the fact that, come the eventual end, it’s not victory points that are tallied, but defeat points (the “winner” has the lowest total). Each victory is inherently pyrrhic, usually achieved amid the rubble of your own home sweet home. 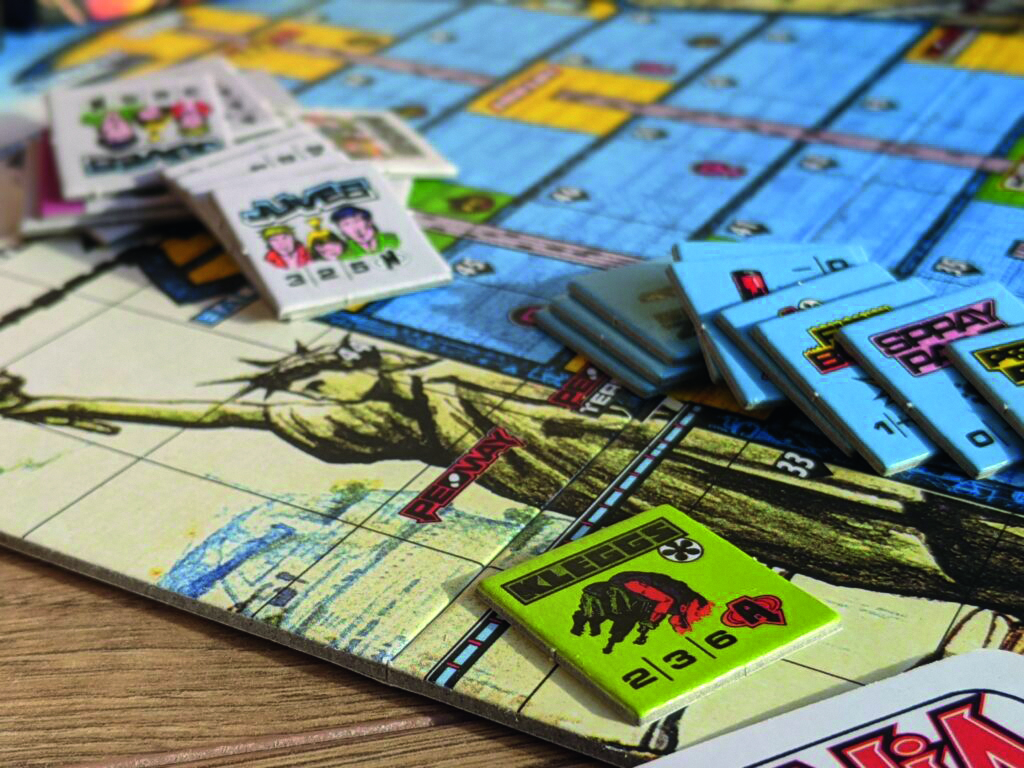 If this all sounds familiar, that’s probably because it was published way back in 1987, by Games Workshop. Surprisingly, in this era of revamped editions and souped-up re-implementations, Block Mania (along with expansion box Mega-Mania, which turns the two-player game into a three-to-four-player urban battle royale) has been republished by Rebellion Unplugged almost exactly as it appeared 34 years ago. The box contains a few hundred little, square, fiddly cardboard tokens, a pair of tiny, plain, six-sided dice, and a black-and-white rule book (plus an accompanying Blocker’s Manual), complete with all its original, infuriating typos (the singular of dice is die, you ’80s sillies!) and the depressingly exclusive use of masculine pronouns. It even includes a postal address for any rules queries. How quaint.

Which all also means that the game play itself has remained stuck in 1987. This might leave it untainted for nostalgic purists, but also means it suffers in comparison to any Euro-honed modern title. While players of a certain age may have fond memories of playing it as a kid (this reviewer included), Block Mania today feels like a bit of a slog. It involves keeping track of dozens of hard-to-read tokens (often stacked on top of others that are the same size), rolling dice over and over and over on a single turn, or reaching a point where it really feels like it should all be done and dusted, but the game’s actual end is still ages away, leaving only round after round of attrition. The rules, meanwhile, are fiendish to navigate, while you’ll constantly need to refer to the Blocker’s Manual, squinting at its small-point-size, entirely italicised text to parse specific special rules for specific tokens.

There is some enjoyment to be had, with a decent variety of blockers to deploy into the fray, and there’s an amusing structural damage mechanism, whereby collapsing block segments can cause a spectacularly destructive cascade. Plus designer Richard Halliwell knew his source material well, ensuring it’s all thematically bang-on, and satisfying to die-hard Dredd fans. But it feels more like a curious relic, a collector’s piece, than something which seriously deserves to take tabletop time away from newer, player-friendlier games.

It’s resolutely old-school, which does give it a certain flashbacky appeal, but within a few rounds it’s clear that Block Mania’s game play hasn’t aged particularly well.

TRY THIS IF YOU LIKED JUDGE DREDD: HELTER SKELTER 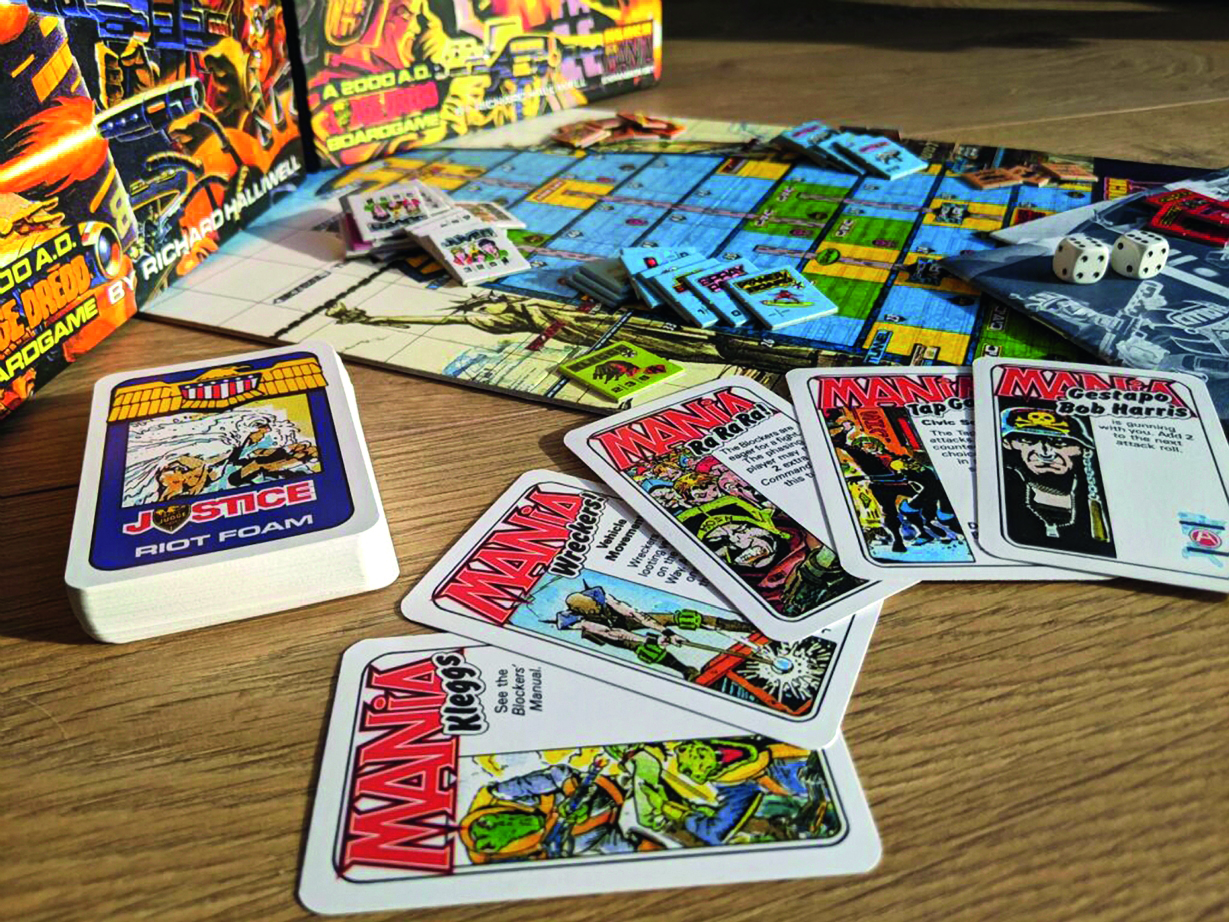 An overly critical review I thought - complaints about the size of the tokens & dice seem especially petty. Yes the game is from an era where boardgames had lots of chits/tokens but they are perfectly readable. The Blocker/Hardware/Armoury tokens are about 2.5 x 2.5cm - each has a small piece of artwork making it quickly identifiable. The fire/damage markers are smaller but they're simple marker tokens. I'm not sure what gigantic dice the reviewer has been playing with but the dice included are identical to the typical sized d6s that Games Workshop have included with their games for decades. I've found game turns pass pretty quickly - unless the player is blessed with a surplus of command points to spend they can only activate a small number of units per turn.