The randomness of unit powers and treasure values greatly undermines any sense of strategy.

It’s such a strange world we live in that there is such a thing as ‘generic fantasy’ and while that’s not necessarily an admonishment, it certainly isn’t praise. Bellum Magica (which basically means Magic War) is another such game. The general premise is that you are an evil lord (though thankfully there is an even split of genders to choose from) who wants to get rich by raiding the human kingdom or the other evil castles.

The core gameplay is simple once you’ve gotten past the rather confusing rulebook. First, the active player rolls the dice which determines the active horde for every player. Then, you check your castle board to see what resources everyone gets, see who has the most treasure maps and therefore gets a chest, and finally move onto raiding. Raiding is as simple as checking to see if your active horde has a higher number of swords than the place you want to raid has of shields and taking your ill gotten gains.

The main mechanic, and most interesting part of Bellum Magica, is the way units are utilised. Whenever you hire a unit you have to decide which side of your castle they’re deployed to. On one side units have their resources and maps while the other has their swords and masks. Focusing on resources and maps lets you win chests during the scouting phase and afford more units but makes it harder to raid. While getting your swords and masks up lets you steal from those economy focused nerds.

The game ends when one player has amassed ten treasure chests but the value of these chests is randomised which means a close game can still swing any direction which doesn’t really feel all that satisfying unless you win with less chests. The randomness of unit powers and treasure values greatly undermines any sense of strategy. 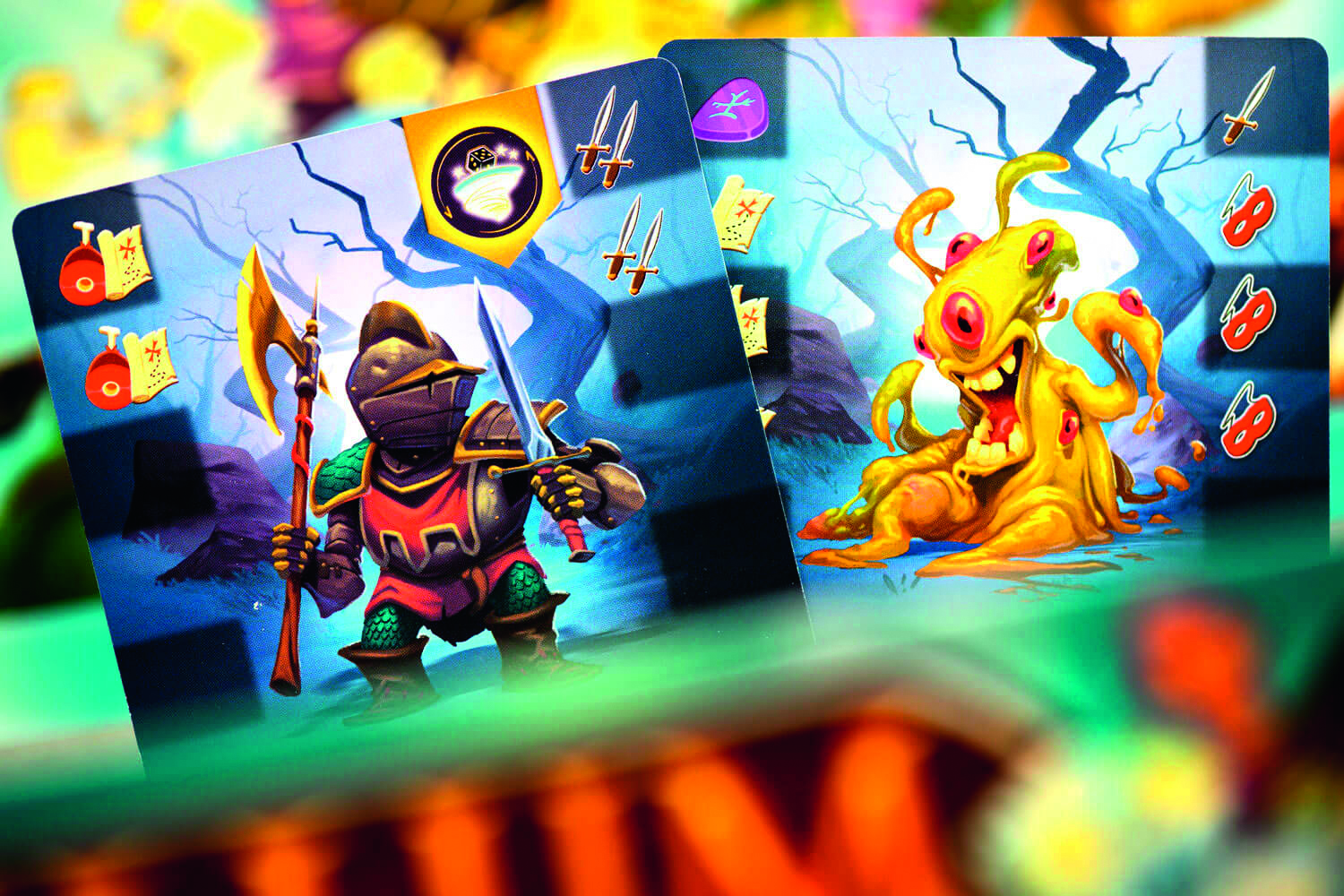