Part of a set of three card games from Heidelbar Games

Much like any spider, Anansi faces no problems standing out on the tabletop. From its foil printed box and cards to its bold artwork, this game of a story-weaving arachnid effortlessly lures players into its enticing web.

Anansi is a trick taking game - an ancient and beloved traditional genre within card games which has been adapted and transformed countless times over the years. Here, the particular twist is a spin on the popular ‘exact prediction’ form of trick taking, whereby players declare the amount of tricks they hope to take and are rewarded or penalised appropriately. In Anansi’s particular case these predictions pop up during play, with players choosing to instead lay down a card for its ‘follower’ value instead of adding it to the trick.

Followers exist as a kind of temporary contract, turning into points if assigned to completed tricks – or ‘stories’ as the theme dictates. Accuracy is key here as unassigned followers will strip away any points already gained that round whilst exact guesses grant bonus points. It’s a brilliantly dynamic system, rife with tension, bluffing, elation, and frustration.

Like most good examples of design, Anansi’s theming supports its rules and the general flow of the game. Whilst there’s obviously not a concise narrative here, it’s nonetheless pleasing to see such a rich, cultural theme play out so smoothly. Backing this up is the fantastic visual explosion brought to the table by illustrators Dayo Baiyegunhi and Emmanuel Mdlalose alongside graphic designer Annika Bruning, whose clean and stylish touches make the game pop. Card quality seems great too with the foiled finish holding up to repeated shuffles admirably.

Through its visual and mechanical dynamism, Anansi positions itself as a worthy addition for fans of trick-taking, with the online availability of two-player and solo modes expanding its reach even further. 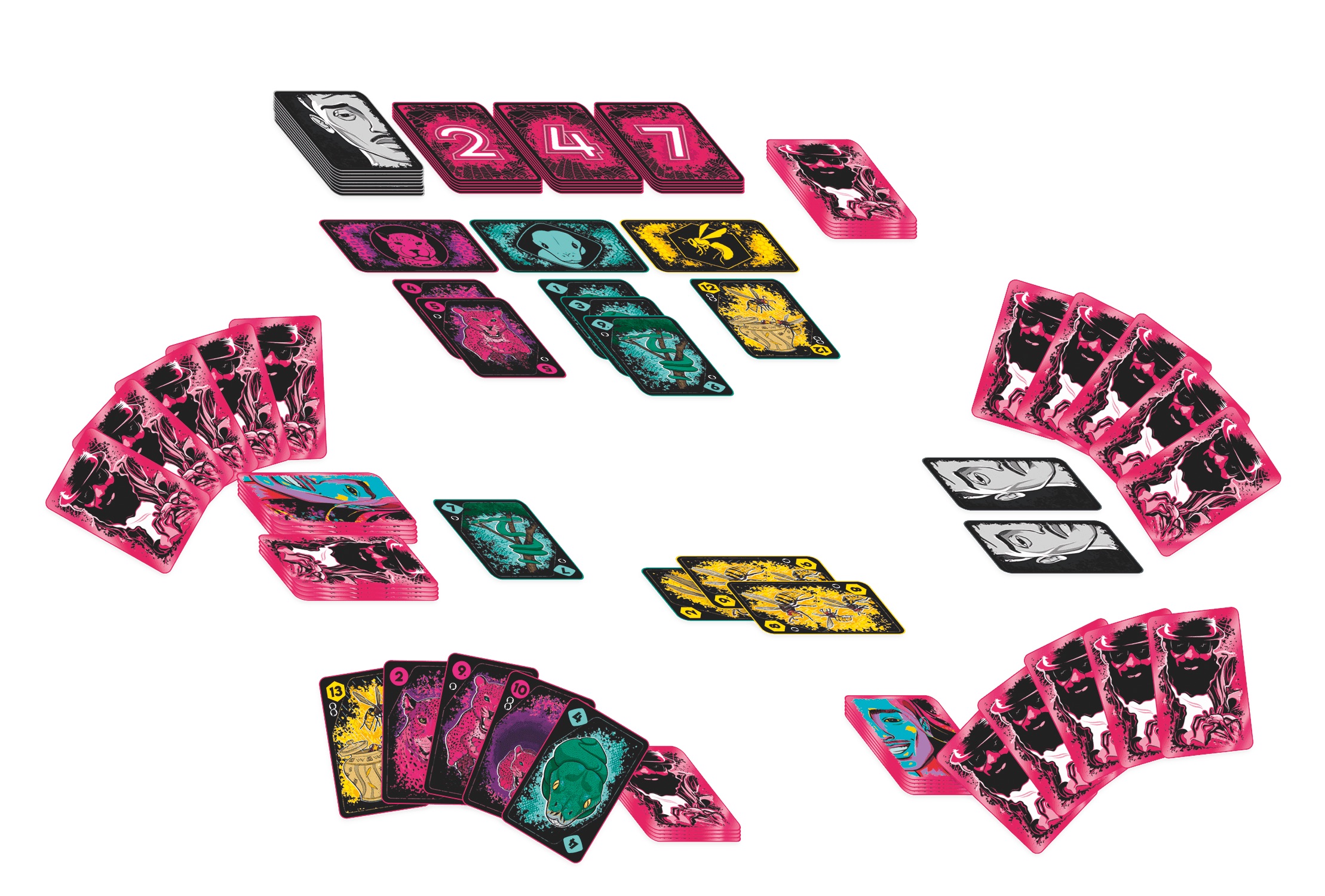 For another in this series, check out Coyote! Read the review here, or pick it up in our game store