Alien: Colonial Marines was the winner of the Tabletop Gaming 2021 Award for the "Best Way to Die in an RPG". You can watch the awards, and hear from them directly below!

Much like the sequel to the original Alien movie, the Colonial Marines Operation Manual spices up the vulnerable formula of the base game with a barrage of plasma guns and semi-expendable grunts. Though this sudden appearance of heavy ordnance and military protocol may seem to clash with the lonely, dangerous soul of the franchise, the lethal ruleset and lingering presence of super-human monsters combine to make a surprisingly harrowing experience.

The hefty supplement is devoted to helping players step into the combat boots and flak jackets of the Colonial Marines – the gung-ho grunts who star in the second Alien movie. Where the core book offers only a handful of options to more martially inclined characters, this tome is packed with new options for making marine characters in a whole host of different specialities and roles, as well as equipping them with an arsenal of lovingly rendered weaponry.

Alongside this raw information comes an impressively detailed campaign that takes up almost half the book – clocking in at about 160 pages. Made up of seven separate adventures, it sends the squad bouncing about the galaxy, kicking butt and getting brutalised by foes both alien and human.

Including an entire campaign with the rules supplement is a curious decision, but one that more-or-less works. It’s a bit of an annoyance if you enter into the game with a home-brewed odyssey already planned, but having something on hand for your table to leap into is always welcome, and the campaign is solidly written.

Beyond the gameplay, the Colonial Marines Operation Manual is rounded out with a pile of information about exactly what the Colonial Marines are, and how your band of grunts is going to fit into the wider command structure. The lengthy sections about different elements of the organisation can be a little dry, but they all work towards painting a surprisingly coherent picture of the sci-fi military, complete with corporate interference and dodgy politics lurking in the background.

Importantly, the book tries to drive its players towards taking the roles of the troops on the ground, rather than anybody who can actually make decisions. From the start, it’s clear that for all their guns and bravado, the party is just as beholden to other people’s (usually rather corrupt) motivations as the civilians you play in a regular game.

This is, perhaps, where the horror starts to creep in.

The relationship between the core ruleset and the combat-heavy nature of the Colonial Marines is a curious one. As you flick through the pages of the supplement, drinking in the dropships and the miniguns, it would be easy to fool yourself into thinking that the games you’re about to play will be filled with heroic victories and cathartic combat.

However, there’s no getting away from the fact that the base Alien RPG is designed as a horror game first and foremost. If you try and play it like a more typical sci-fi shooting gallery the party is going to get munched up pretty quickly. Even the toughest marines are comparatively fragile when the bullets start flying, and every stand-up fight is only ever a few bad rolls away from disaster. 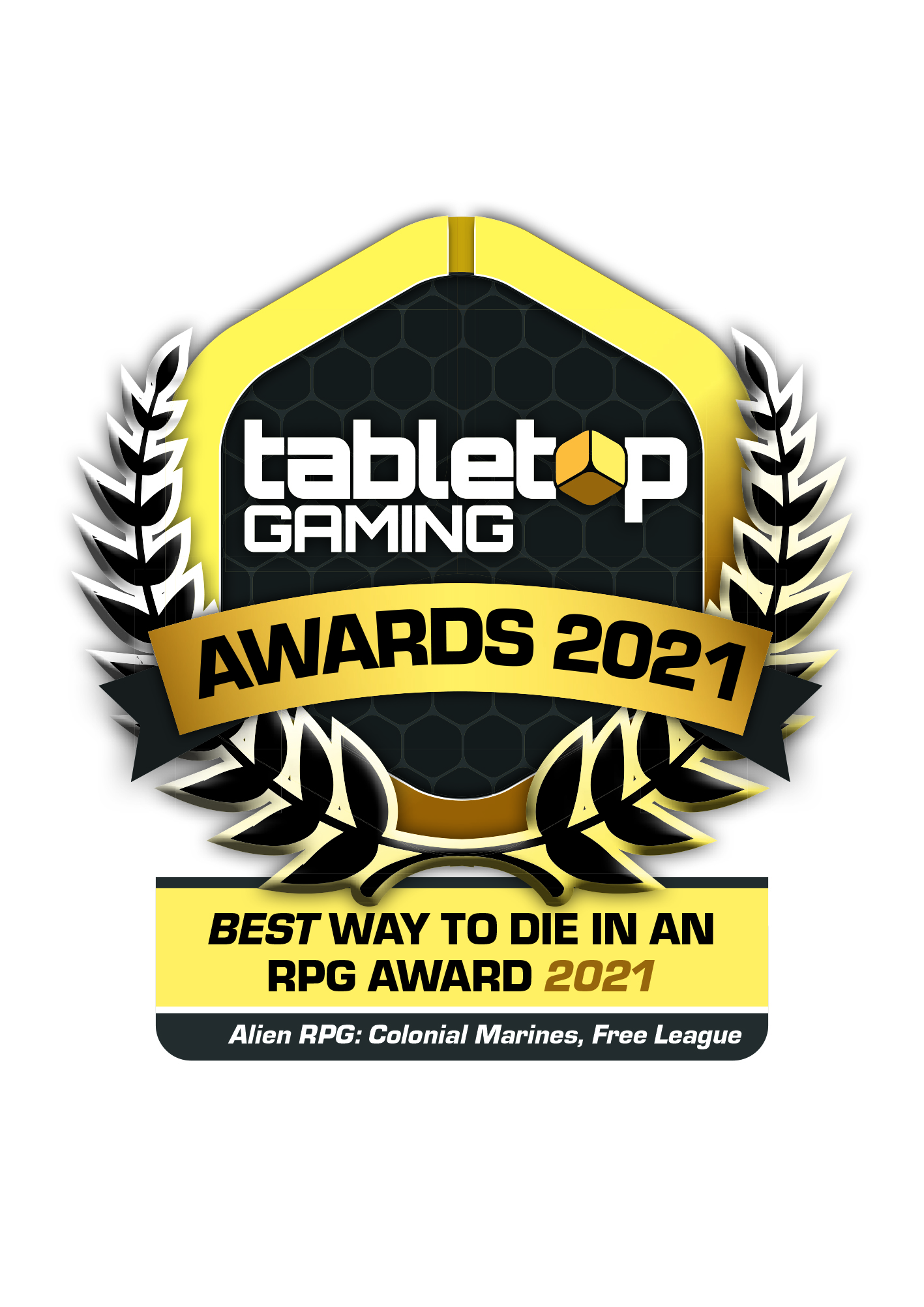 On top of this, the base game’s stress mechanic, where pushed rolls and environmental pressures can cause characters to crack at the worst possible moments, is dangerous enough when your space-trucker is exploring a spooky colony ship. When you’re in an active firefight it’s positively lethal.

The result is a military adventure game that, for all its sci-fi trappings, feels harrowingly down-to-earth. Your characters may not feel the same kind of creeping chill that troubles hapless civilian explorers when fanged monsters are slithering through the ducts, but rather they feel constantly stalked by the spectre death. Especially because that death that could come at the hand of an indiscriminate rocket strike just as easily as the jaws of a xenomorph.

Make no mistake, a campaign of Colonial Marines won’t offer quite the same kind of horror you find in the core rulebook. However, by throwing all the hi-tech gear and hoo-rah machismo into a ruleset designed to tear player characters in two, it inspires a harrowing kind of lingering dread and ever-present tension.

Yes, there’s something terrifying about facing a slavering monster with nothing but a wrench. But there’s also something deeply unsettling about coming across that same beast while armed to the teeth, and still not knowing if you’re going to survive the next five minutes.

Though it seems to stand at odds with the core game, this gung-go supplement offers a unique horror of its own

TRY THIS IF YOU LIKED Alien RPG

If you’re tired of your Alien campaign, the Colonial Marines Operations Manual really spices things up