Following up last year’s well received The Dungeon and Monochrome Inc is The Volcanic Island – a frequently clumsy but nonetheless inventive attempt at bringing the feeling of classic point-and-click adventures of yesteryear to our tabletop.

Playing out across four chapters, one to four players will assume the role of university students exploring the unusual happenings befalling their island home as part of a research project. Cue rumours of smuggling, disappearances, natural disasters, and the unearthing of bizarre ancient knowledge.

Players will cross-reference numbered areas on location cards with the adventure book and hop between them, with very few limitations to movement. Adventure book entries will reveal more story or give players cards in the form of items or clues which players will occasionally combine to create useful items. That’s basically the extent of the mechanics, theoretically leaving ample room for thematic exploration.

But, as you can imagine, there is a lot of flicking back and forth between pages. Whilst there is an optional app – which handily narrates each number typed into it – it’s arguably more tiring and less exciting being read to than actively engaging with components.

Unfortunately, even sticking with just the physical components gets tiresome. At several points, the game will instruct players to place or remove certain cards and tokens. Sometimes components will even be placed back in the box only to return again later causing unnecessary fiddliness. For a game with so few mechanics there’s often a frustrating amount of upkeep.

All of this breaks the immersion of a story which – perhaps due to its length – is already regularly incoherent. Despite a hefty playtime, we also didn’t truly engage with our characters due to clumsy writing and an odd lack of agency over their actions.

Yet, even with its flaws, The Volcanic Island excels at conveying adventure with minimal rules and flexible exploration mechanics. It might not be the smoothest excursion, but Kosmos’ Adventure Games system is still a compelling example of and good gateway into tabletop storytelling. 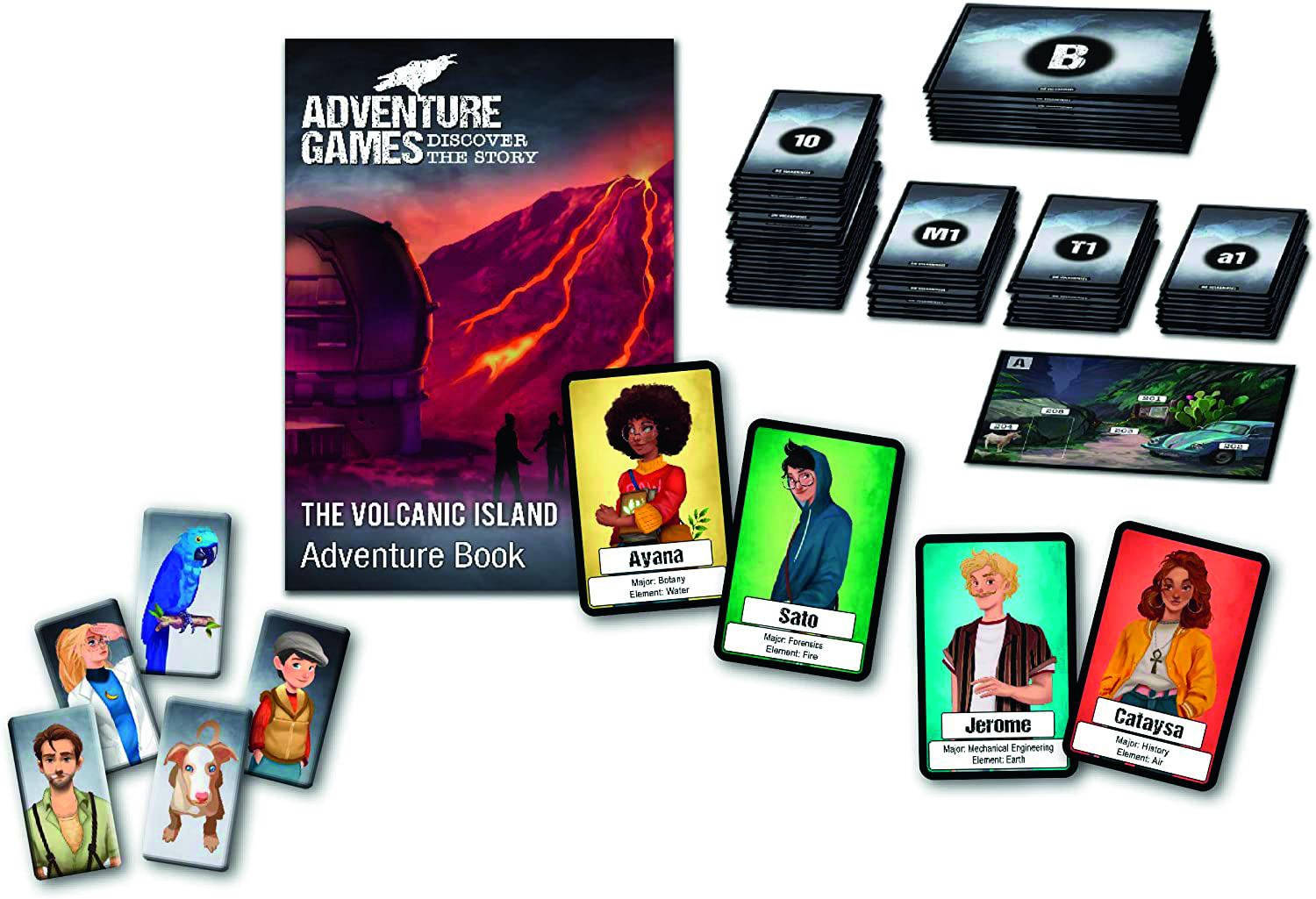 Like this game, or game series? We featured it as one of the ten of the best mystery games. Check out the full list by clicking here!