A Fresh Twist on the Classical Era Classic

Sometimes less is more. Other times it leads to games like Monopoly Junior, where someone has hacked the original apart yet still managed to make it unexciting. Thankfully, this game goes to prove that a hard working designer can re-envision their game to a younger audience without robbing any of its charm.

7 Wonders: Architects is fundamentally a more accessible version of the classical era card drafting titan. Each player chooses a wonder and takes its specific tray, complete with its own deck (which is placed face-up on their left) and five-stage cardboard wonder, assembling it with the scaffolding side face-up. On their turn players can choose to pick the top card of the decks on their left or right or to take the centre face-down card instead. These cards range from resources that will let them build their wonder, to alternative scoring options and advantages.

Blue cards are guaranteed points, with some letting you take control of the cat which lets you peek at the top of the centre deck before picking a card. Green cards provide science; get a matching pair or all three different symbols for a progress token, a bonus that can either let you play multiple cards a turn or provide bonus points for various achievements. Red cards are for fighting, as any card with horns on it flips over that many conflict tokens, with war commencing once all have been flipped and rewarding players who have larger armies than their neighbours.

Lastly, the most important cards are resources. There are five different resources available, as well as coins which can count as any other resource. If at any point you meet the criteria for the next stage in your wonder (starting from the bottom and working your way up) you must discard those cards to build that stage of your wonder, with the game ending as soon as one player fully builds their wonder.

You may be sat there thinking “Well this is just 7 Wonders simplified” and you’re basically right, but the changes made help shape this game into something different and refreshing. Playtime is rapid with reduced decision options each turn. Cards have immediate impact and each choice still feels weighty, as gain the right science bonus or starting a war just when it benefits you can become massive point swings by the end of the game.

The biggest impact is in the component design. Set up is a breeze as each wonder comes in its own case, making it quick to hand out, prepare and be playing in moments. Seeing your wonder go from wooden planks and dreams to a monument worthy of history is one of those simple joys that make the game a delight to behold. Once done, putting away is merely a case of sorting out the cards back to their decks (another easy task given each deck has its own back design) and each player popping their personal components back in their case.

The game is perfect for introducing not just younger audiences to games, but to people new to the hobby in general. It captures the essential aspect of an opener game; it's fast to teach, faster to set up, feels rewarding when playing and can happily be replayed multiple times in one sitting.

This won’t replace the original and the reduced depth to the mechanics will make it too simple for some, but if you’re after a quick game to break out in an evening which will delight without being overtaxing, there’s a ton of charm to Architects that makes it highly worth considering.

This reimaging of the drafting masterpiece captures the joy of building whilst condensing the rules for families to enjoy. Great for fans and first-timers alike.

TRY THIS IF YOU LIKED Kingdomino

A classic family game that’s both accessible for children yet still challenging for adults, both this and 7 Wonders: Architects let players enjoy slowly building something their own whilst being engaged in each other’s turns. 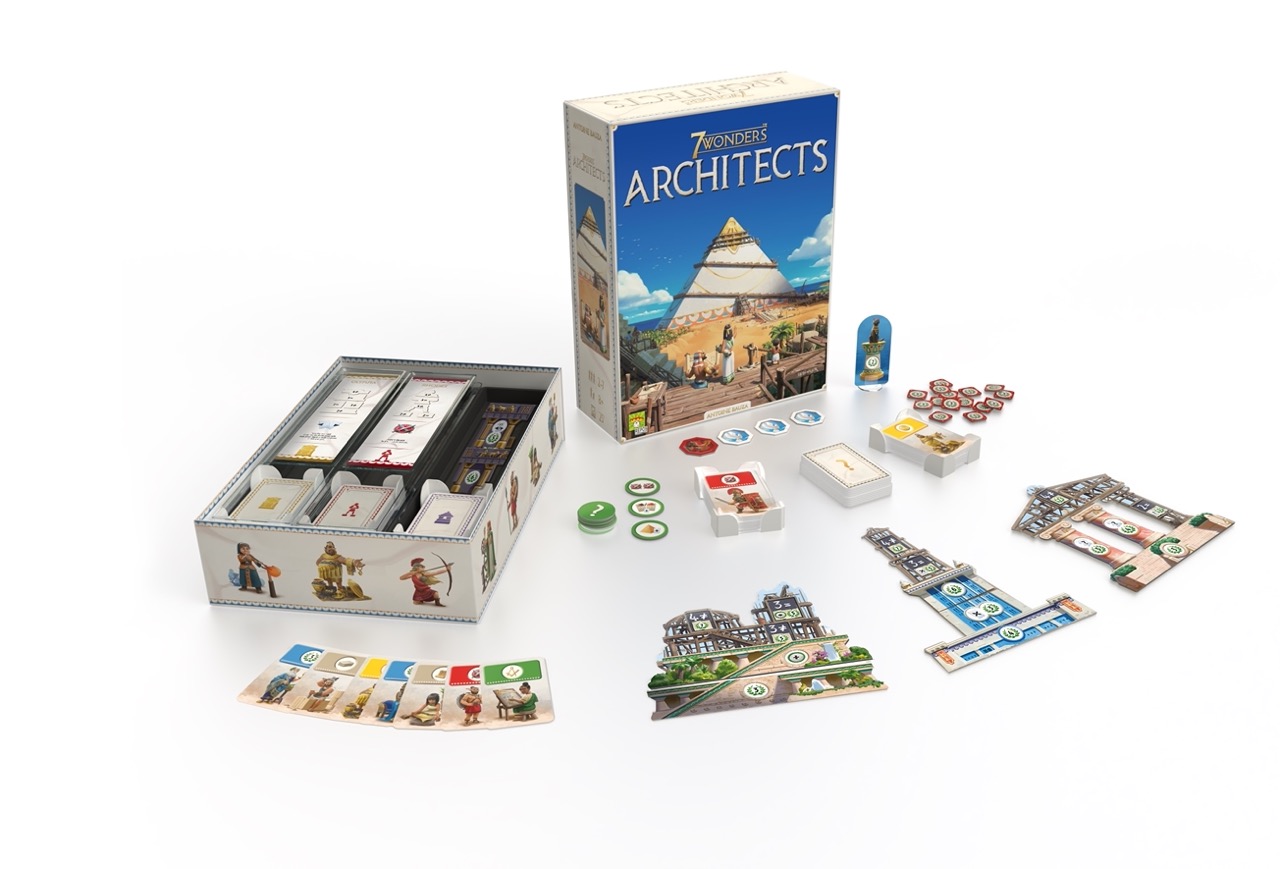